The Bachelor 2016 Winner Lauren Bushnell and Ben Higgins Vacationing in Cabo Together? 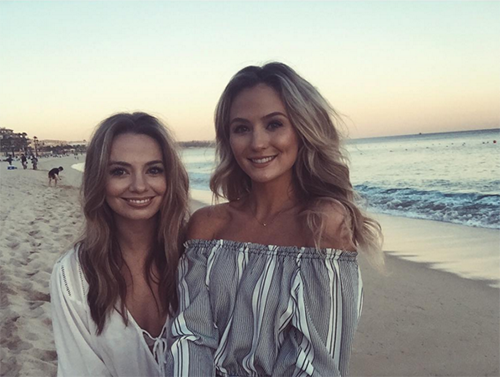 The Bachelor 2016 winner Lauren Bushnell and Ben Higgins are suspected of vacationing in Cabo San Lucas, Mexico together! Season 20 has only aired a few episodes, but with all of the spoilers, we aren’t at all surprised by this latest information.

Lauren Bushnell posted pictures of her vacation down in Cabo San Lucas to her Instagram page, where she was joined by her family and possibly her fiance, Ben Higgins.

Even though we are all well aware of the fact that Lauren Bushnell received the final rose on The Bachelor finale night, Ben Higgins and his bride to be are not allowed to make any public appearances until the show finishes airing…even in other countries, like Mexico! So if Ben Higgins vacationed with Lauren Bushnell in Mexico, they had better hope that no one was able to sneak any photos of them together…that’s a huge violation of their agreement for the show! So far none have surfaced.

Star Pulse pointed out that Ben was not on the latest episode of Bachelor Live, following episode 3. He was there for the first two episodes. Where could he have been? Chris Harrison didn’t even bring up the fact that Ben Higgins, the “star” of the show, was absent. Could that reason be due to Ben possibly being in Mexico with Lauren? Isn’t that an interesting little tid bit? It would be awfully romantic to know that they were in fact in Mexico together, but somehow disguised it so that no one was the wiser. Maybe we will get a confession from the lovebirds when After the Final Rose airs.

Lauren and Ben had great chemistry during their first 1-on-1 date. It’s going to be fun to watch their love build as the show continues. Out of all the girls we have watched on the show thus far, these two definitely seem to have the most in common and have the best connection. Clearly, that is why Ben kept her to the end, he knows what he’s doing and is following his heart. Just one more reason to love that guy.

Share your thoughts in the comments below! Keep checking back here at CDL for all of your up to date The Bachelor 2016 news and of course plenty of spoilers!