The Bachelor 2016 Ben Higgins “Not Bad” in Bed: Ex-Girlfriend Shaelin Adams Tells All 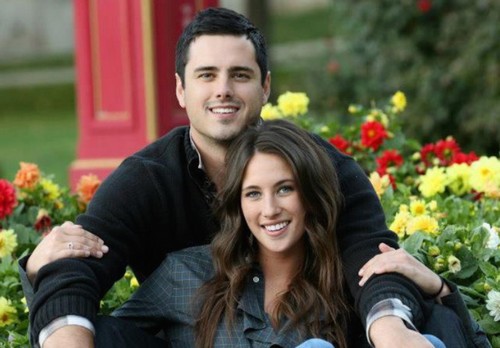 The Bachelor season 20 Ben Higgins is being outed by ex-girlfriend, Shaelin Adams who is spilling the beans on their relationship. Ben Higgins being “not bad” in bed isn’t the only thing his ex dished on.

The report is coming from Life & Style who had an interview with the 2016 Bachelor’s ex, Shaelin Adams and she really didn’t hold back from anything.

She confessed that Ben is in fact a good kisser (with all the girls on the show swooning, we already got that picture, right?) and she went on to say that he’s “not bad” in bed. Shaolin Adams continued with, “He’s a great dancer — I’m talking about ‘getting low’ dancing. He’s always spontaneous and likes adventures and excitement.” Can we assume that she means “dirty dancing”? Ahaha!

On the other hand, she’s not counting on Ben Higgins walking down the aisle at the conclusion of The Bachelor 2016. “I’d be shocked if he ends up engaged. He may still be testing the waters. He has so many years to be able to put himself out there,” she confessed.

One of the biggest points Ben’s ex brought up was his issues with trust. “His girlfriend in high school cheated on him so when we first started dating, he was always so worried about me cheating on him. He was insecure.”

High school was so long ago though, wouldn’t you think that Ben would have healed and moved on from that at this point? How else could he put himself into this kind of situation not he show?

Shaelin dished little on what Ben Higgins is looking for in a girl, “The type of girl Ben likes has to be genuine, honest. That’s a big thing for him since in his first relationship, he struggled with cheating.”

He definitely has a wide variety of girls to choose from on this season of The Bachelor. There are girls that I would trust if you paid me too like the vicious Olivia Caridi. Then there are some who do come across like real girls with great intentions, like Lauren Bushnell.

What do you Bachelor addicts think about Ben Higgins’ ex revealing all of this? Did she go too far in sharing his personal life? Share your thoughts in the comments below! Keep checking back here at CDL for all of your up to date The Bachelor 2016 news and of course plenty of spoilers!