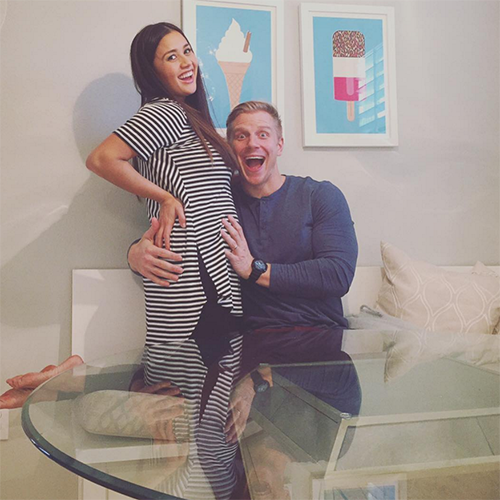 The Bachelor stars Sean Lowe and Catherine Giudici have a huge fight on Marriage Boot Camp that could lead to divorce in the latest episode. Sean and Catherine want the world to believe that they are happily married, but all else points to their marriage ending.

People Magazine gave us a sneak peak at the February 5 episode of Marriage Boot Camp: Reality Stars and it is speaking volumes about the truth behind Sean Lowe and Catherine Giudici’s marriage. The cameras caught the not-so-happy couple in a very heated argument behind closed doors that the microphones were able to pick up.

Sean yells at Catherine, saying, “My wife is gone. This soulless person who doesn’t give a s*** about anything is here.” Catherine responds with, “You started it.” The counselors on the show, Jim and Elizabeth Carroll, call them out for the fight behind closed doors and Elizabeth even made the statement, “Sean and Catherine are hiding the issues they have in order to be seen as the perfect couple.”

Apparently, Sean and Catherine believe that there is such a thing as a ‘perfect marriage’ and that it is possible to get along 24/7. Wrong. I suppose that they will figure it out after they aren’t just two years young into their marriage – that is, if they can survive the marriage much longer.

A positive note in all of this: the couple is expecting their first baby together. This could either really help bring them closer together in a way they have yet to understand. Or it could add stress that could end up breaking the camel’s back. Let’s hope it’s going to bond them together and strengthen their relationship. It’s time to learn that it’s better to be real with yourselves as well as honest with the world. There is no need in life to pretend you’re something that you’re not. We are all human after all.

What do you Bachelor fans think? Will Sean Lowe and Catherine Giudici weather this storm and come out stronger on the other end? Or could this be the beginning of the end? Sound off in the comments below and be sure to check back here at CDL for all the latest Bachelor news and gossip!