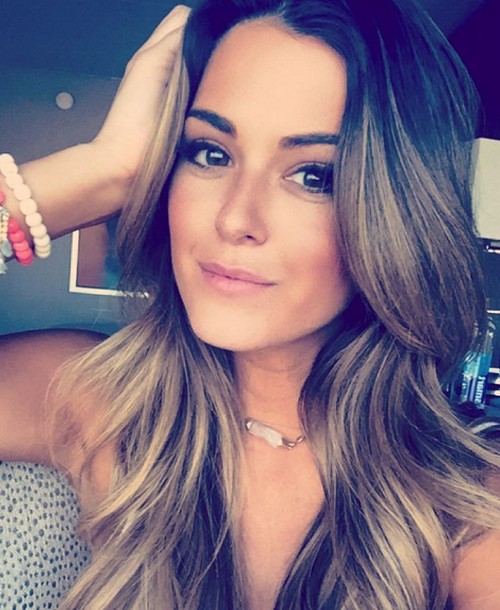 JoJo Fletcher and Jordan Rodgers were already on warp speed during the premiere of the Bachelorette season 12. Does that mean JoJo will beat Bachelor 2016 Ben Higgins and winner Lauren Bushnell down the aisle? Is it possible that JoJo will be pregnant before Lauren even gets Ben to set a wedding date?

Back to that baby boom of Bachelor and Bachelorette winners and contestants. Bachelorette 2011 Ashley Herbert and winner J.P. Rosenbloom announced via Twitter on May 23 – the same day Bachelorette season 12 premiered – they’re expecting a baby girl. Ashley and J.P. have a 20-month-old son Fordham, so you can see the couple is busy making babies.

Other former Bachelortte’s expecting babies include Jillian Harris from season 5, Ali Fedotowsky from season 8, Emily Maynard from season 9 and Desiree Hartsock from Season 9.

Do the math – nearly 50% of the former Bachelorettes are pregnant right now. You can see why Bachelorette 2016 viewers may think JoJo Fletcher and Jordan Rodgers are quickly headed toward marriage and parenthood.

All these Bachelorette pregnancies don’t even include the women who were the winners of or contestants on the Bachelor. Here’s the run down on those ladies.

Melissa Rycroft, the winner and then runner –up of Bachelor season 13, the year of Jason Mesnick, just welcomed her third child, son Cayson, with hubby Tye Strickland.

Bachelor season 17 winner Catherine Giudice and Sean Lowe are expecting a baby sometime in June. The couple has decided to keep the baby’s gender a secret.

Also pregnant is Erica Rose from Prince Lorenzo Borghese Bachelor 2006 and ‘Bachelor Pad’ seasons 2 and 3. Erica and fiancé Galen Gentry expect their bundle of joy to arrive in September.

Will JoJo be the next Bachelorette with baby news? Jordan Rodgers and JoJo Fletcher’s babies would be beautiful. That’s IF Jordan is the winner of Bachelorette 12, and so far the former NFL player is the odds on favorite. Come to CDL daily for the latest news and gossip on The Bachelorette 2016

I cannot believe tonight is the night that I start my journey to find the love I have always dreamt of. These last few months have been the wildest ride of my life, but my experience has been so amazing and I cannot wait to share my crazy adventure with you all! Thank you so much for your love and support through out this process- it means more to me than you know. Tune in TONIGHT to @bacheloretteabc…Here’s to hopefully finding my Unicorn!