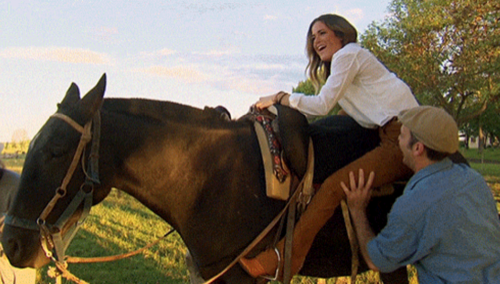 The Bachelorette 2016 airs on ABC this evening with an all new two-hour Monday, July 11, season 12 episode 7 and we have your weekly The Bachelorette recap below. On tonight’s episode, JoJo and the men visit the Argentinian countryside, where the first date gets off to a rocky start.

On the last episode, JoJo and the eight remaining men moved on to the beauty and history of Argentina’s exciting capital, Buenos Aires. Did you watch the last episode? If you missed it, we have a full and detailed The Bachelorette recap right here for you.

On tonight’s show as per the ABC synopsis, “JoJo and the men visit the Argentinian countryside, where the first date gets off to a rocky start. Later, a private jet whisks JoJo and one lucky guy away to a vineyard. During dinner, the bachelor makes a shocking admission. A date with three suitors gets rained out, so JoJo spends the day with them ordering room service, pillow fighting and watching the Brazilian version of “The Bachelor.” A one-on-one date allows one man to show off his horse-riding skills.”

Jojo realizes she needs more time with the guys and she is looking forward to the hometown dates where she gets to meet the guy’s parents. In fact, Jojo says that she can see herself falling in love, that is exciting to her, but she is a little scared that there is more one guy that she feels that way about.

Meanwhile, the guys are still shell shocked about the last rose ceremony, especially Alex and James who are very confused and left disappointed. Alex hates that he was made to feel he was going home. Chris walks in and tells the guys that Jojo wanted this group of guys still there.

First date card, Alex really wants it because he has never had a one on one date. The card is for Alex, he got the one on one date finally and he is so excited and wants Jojo to fall in love with him. Chase thinks Alex should just relax already and shut up.

Jojo arrives for her date with Alex, she is really excited and thinks she needs a little more time with him. The other guys climb into a bus and head to their destination, the bus looks like they are headed to summer camp.

Jojo and Alex are comfortable and enjoying some snacks and the scenery. Jojo feels like she is having a hard time connecting with him romantically. Lots of AWKWARD moments with Jojo and Alex during the drive.

Alex is happy to have time with Jojo and he hopes that she will look at him and say to herself that this just feels right. They arrive at a farm, Jojo wants Alex to be turned into a gaucho. Dressed for the occasion, Alex looks funny but Jojo thinks he looks really good.

Meanwhile, the other guys are at some BBQ eating random meat and not happy about it. The guys think if Alex doesn’t do well on the one on one date, Jojo won’t hesitate to send him home anyway.

Jojo and Alex are on horses riding through the country and he thinks it is really cool. Alex tells Jojo that she looks like something out of a Ralph Lauren magazine. The horse trainer shows Jojo and Alex how to connect with the horse, the two lay down and hug the horse.

Alex says he knew from the beginning he knew there was something special between him and Jojo, he leans in for a kiss over the horse. Jojo is happy that Alex finally made a move and believes her relationship has gone to another level with him. Alex wants the feeling with Alex during this date to never end.

Alex is with Jojo, having dinner and he is so happy; the two toast to their day. Jojo tells him that she is so happy that she was able to see him happy today, it was so much fun and all the doubt and fears are gone. Alex says that today is confirmation of why he is still there, the cloud is gone over his head and if there was a rose on the table, he has no doubts that she would have given it to him.

Meanwhile, the guys receive another date card. Jordan gets the one on one date, his second and he is so excited.

Jojo tells Alex that the day was the best and she is happy that he was open because she so badly wanted to see him this way. Then, Alex breaks his heart, she says that she doesn’t feel excited that he told her he is falling in love with her, but she doesn’t feel on the same page and doesn’t think she will get to that point. Alex is clearly heartbroken and says that it sucks.

Jojo tells Alex that she doesn’t feel it is fair to keep him around and out of respect for him, she should let him go right now. Alex is clearly upset and gets up to leave.

Time for Jordan to go on his one on one date with Jojo, they are going on a private jet to Mendoza to taste wine. The two first participate in squishing grapes with their feet and making their own wine, they both agree, that it tastes really good. The two move into a hot tub, to relax after making the wine. Jordan tells Jojo that his mother is going to be happy to meet her.

Meanwhile, the other guys can’t believe how fast time is passing and think that Jordan is a front-runner because his brother is in the NFL. The guys are hoping that Jojo is going to see that what she has with Jordan is fabricated.

Another date card, Chase, James and Robbie get the group date card; this means Luke gets the last one on one.

Jordan and Jojo are going off to dinner, he is confident that they are on the right track. The toast over dinner, the two are really excited to talk about their day. The two start talking about his family, who she would meet if she goes home to meet them. Jordan shares with Jojo that he doesn’t really have a relationship with his brother, they don’t talk at all.

Jojo is very shocked, Jordan says he told her because he wants her to know where he is at. Jordan tells Jojo that he is so in love with her and it has been a few weeks – Jojo leans in a gives him a kiss, she is so happy.

The next day, James thinks it is the biggest day yet, only one day on the group date is going to get the rose. It is raining outside, the guys meet Jojo at the Plaza hotel and she tells them that she changed plans because of the rain. Jojo decides they are going to stay in her room and eat, drink and play games. The first game, Jojo dares James to put as many French fries in his mouth as possible.

James starts to gag, it is such an unattractive look – he has about 25 in his mouth. Jojo then tells the guys to sit in a line on the floor and massage each other. Afterwards, it is on to various games which leads to truth or dare. Jojo dares Robby to strip down to his undies and run through the halls of the hotel, he does.

James thinks he needs to change things up and get the focus switched over to him – he tells Jojo that Robby is checking out all the Argentine women. James just doesn’t stop, he keeps poking the bear and that bear is Robby who is now pissed off.

Jojo takes Robby for a walk alone, she asks him how he feels about the hometown dates, he says he is good. Jojo says that she is a little nervous because his family really didn’t like his ex. Robby says his priority right now is his love for Jojo. He goes on to say that with his ex he never met her family and that was a problem because family is important to him.

Jojo asks if he really thinks he has moved on since he dated his ex for four years and they only broke up last Christmas. Jojo asks him again if he is sure he is ready to have a relationship with her.

Now Jojo spends time with Chase, he tells her that he is so excited to be with her and feels confidence when he is around her. Jojo wants to make sure that Chase is ready to go to the next level with her, he says yes and he doesn’t want to lose her, he wants to spend the rest of his life with her.

James is next, he tells Jojo that he thinks she has a more physical relationship with the other guys than him. Jojo says that she feels loved by James and loves that they can be themselves around each other. James tells her that if she meets his family she is going to feel loved because they are good people.

Time for Jojo to give out the group date rose, to somebody who she knows right now that she wants to meet their family, she gives the rose to Robby.

The other guys are ticked off, Robby gets to spend more time with Jojo and they are asked to leave.

Jojo is on her last one on one date with Luke, they go horseback riding. The two had a great day riding around then they go skeet shooting and Luke does a great job. Jojo tries it and she first misses. On the second try, Jojo does it and she is so excited. The two sit down for a glass of wine and talk about the upcoming hometown dates.

Time for the rose ceremony, the guys all get in a horse carriage and go to meet Jojo. Someone is going to be heartbroken.

Jojo says that having to say goodbye to one of them tonight is really tough and she would be lucky to end up with one of them. Luke is the first guy who gets a rose, then Jordan and then Chase.

James is the only one not to get a rose and is told by Chris to take a moment and say his goodbyes. Jojo walks him out, you can see that he is truly crushed. The two sit down outside and Jojo is crying, he says he gave her his all. Jojo tells him to find the perfect girl and find someone who will treat him right.