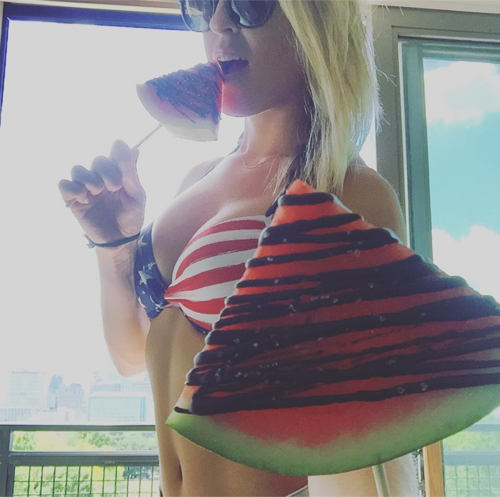 If you have been following The Bachelorette Season 12, then you have most likely heard the spoilers indicating that Jordan Rodgers is Jojo Fletcher’s Bachelorette 2016 winner.

And, you probably have also heard of Jordan’s ex-girlfriend, who took to social media and blasted him during the Season 12 premiere and announced that he was a cheater.

According to this week’s edition of US Weekly, Jojo Fletcher and Brittany Farrer know each other! The tabloid reports that Jojo and Brittany Farrar met “by chance” last year in Dallas, before Jojo even knew she would be the next Bachelorette or dating Jordan Rodgers.

Apparently, Brittany casually mentioned to Jojo who her boyfriend was, and that they had “trust issues” and she thought he was being unfaithful to her.

Fast forward to now. Jojo Fletcher winds up the The Bachelorette 2016, she meets Jordan Rodgers – and already has heard all about how horrible a boyfriend he was from his then current girlfriend. Yet, she decides to keep dating him on national television?

Something is not adding up here … other than the gold-digger’s cash calculator!

The Bachelorette 2016 spoilers tease that on next week’s June 20 episode Jojo will confront Jordan Rodgers about what Brittany told her. Us Weekly reveals, “Jordan cops to flirting with other women, but he denies he was unfaithful. Fletcher chooses to believe Jordan.”

So Bachelorette fans, what do you make of all of this? Does Jojo actually believe Jordan’s lame excuse? Why would Brittany Farrar lie to her … a year ago, she had no idea that Jordan would wind up dating Jojo one day?

Share your thoughts in the comments below and don’t forget to check CDL for all of your Bachelorette 2016 spoilers and news.

Had the best day visiting all of our friends at Children’s Health! Such a difference this place makes.💜 Can’t wait to come back! @benpatton & mattpatton #pattonhopefoundation