The Bachelorette 2016 Spoilers: Jojo Fletcher Eliminates Luke Pell, Who Will She Hook Up With On Thailand Overnight Dates? 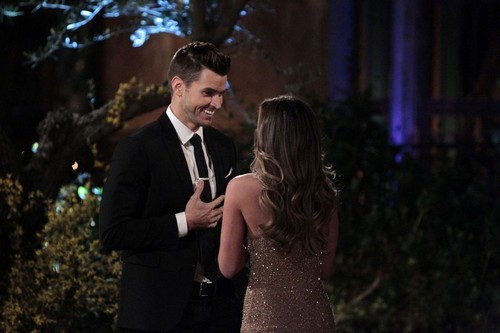 The Bachelorette 2016 spoilers tease that Episode 9 of Jojo Fletcher’s dramatic search for love will air on Monday July 25. According to Bachelorette spoilers from ABC, Jojo Fletcher will kick off Episode 9 with her rose ceremony, sending one unlucky contestant home, and revealing the final three guys of Season 12.

Luke Pell has been a fan favorite on The Bachelorette since day one, for some odd reason, Jojo Fletcher doesn’t seem to be as infatuated with the Texas war veteran as fans are. After the hometown dates, Luke Pell interrupted the rose ceremony and took Jojo outside to tell her that he was in love with her, and America swooned.

According to Reality Steve’s Bachelorette 2016 spoilers, Jojo however was not as moved by his speech, and he will be eliminated in Episode 9.

The Bachelorette 2016 spoilers tease that after the final rose ceremony, Jojo Fletcher and her final three guys will jet off to Thailand for their highly anticipated Fantasy Suite Dates. Jojo will spend the night with Chase McNarny, Jordan Rodgers, and Robby Hayes.

Spoilers for the overnight dates are few and far between, but ABC does offer one interesting tidbit. According to their Bachelorette spoilers, while they are in Thailand, Jojo will pull a Ben Higgins and realize that she has fallen in love with two guys.

Reality Steve’s spoilers indicate that the guy that Jojo Fletcher has NOT fallen in love with is poor Chase McNarny, and after the overnight dates she will send him packing during a rose ceremony in Thailand. That means the Season 12 final two guys will be Jordan Rodgers and Robby Hayes, and in two short weeks one of them will be getting down on one knee and asking The Bachelorette to marry them.

So Bachelorette fans, what do you think of Jojo’s final two guys? Did she make a mistake eliminating Luke and Chase? What about the overnight dates, will Jojo Fletcher hook up with anyone? Let us know what you think in the comments below and don’t forget to check CDL for all of your Bachelorette 2016 spoilers and news!