The Bachelorette 2016 Spoilers: Jojo Fletcher Still In Love With Ben Higgins – Season 12 Doomed From The Start 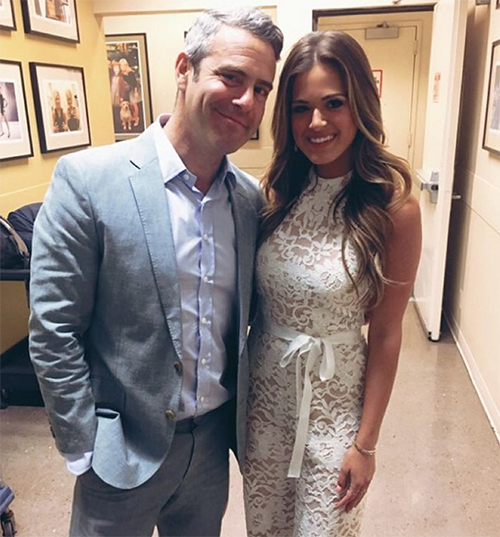 The Bachelorette 2016 spoilers tease that Jojo Fletcher will kick off her journey to find a husband during the Season 12 premiere on ABC. But, is Jojo really over her ex Ben Higgins? Earlier this year we watched Ben Higgins break Jojo Fletcher’s heart when he told her AND winner Lauren Bushnell that he loved them. Then, just a few weeks later, Jojo accepted the gig as the Season 12 Bachelorette.

Jojo sat down with People Magazine to dish some Bachelorette 2016 spoilers, and of course she discussed her heart-breaking split with Ben Higgins, and losing to Ben’s fiancée Lauren Bushnell. Jojo explained to People Magazine that Ben was one of “the greatest loves of her life.”

During the interview Jojo stated, “I don’t think I’ll ever forget the moment we broke up. Ben was one of the greatest loves of my life. But I learned from the experience.”

Since Jojo Fletcher signed on as the new Bachelorette, some fans have found it a bit strange that she was able to move on from Ben Higgins so quickly. Seriously, if he was “one of the greatest loves of your life” and he dumped you … how are you dating 25 guys less than three months later?

The Bachelorette 2016 rumor mill has been hinting that Jojo Fletcher joined the show for fame and fortune … not to find a husband. And, the more she talks, the more apt we are to believe it. Either she is completely exaggerating Ben Higgins being the “greatest love of her life” and she put on a hell of a performance during her time on The Bachelor. For real, that girl needs an Emmy. Or, she is still hung up on Ben, and if that is the case, she has no business dating all of these men so soon after she lost the “greatest love of her life.”

What do you think Bachelorette fans? Is Jojo still in love with Ben Higgins? Or is she just a great actress – and was never that into him? Let us know what you think in the comments below and don’t forget to check CDL for all of your Bachelorette 2016 spoilers and news.