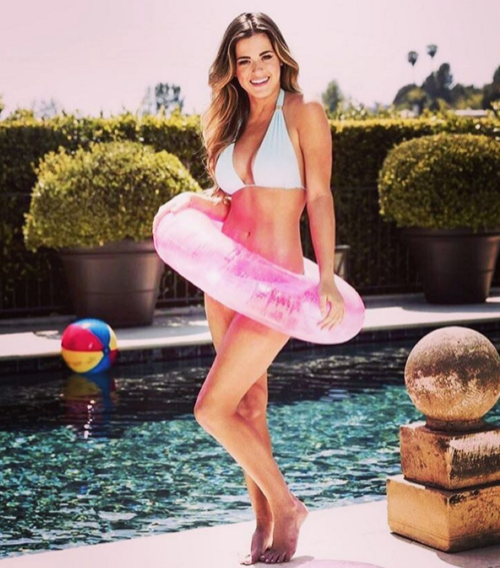 The Bachelorette 2016 spoilers tease that Jojo Fletcher has already eliminated nearly half of the suitors on the show and is down to the final two guys. Of course, if you have been reading host and producer Chris Harrison’s blogs, then you probably already have a sneaking suspicion as to who the final two guys are. Chris is a bit transparent these days.

Both guys stole Bachelorette Jojo Fletcher away during the group date and professed their love for her. And, pretty much everyone at home watching was baffled. Where did Robby come from? Has he even spoken to Jojo before they landed in Pennsylvania, and why in God’s name would he be “falling in love with her” already?

Interestingly, Reality Steve also reported that fan favorite (and honestly the ONLY guy with what appears to be any REAL chemistry with Jojo Fletcher) Luke Pell, would be in the final three. However, he then had a change of heart and said he only made it to the final four.

So, there is a chance that Reality Steve’s spoilers are a bit off and Luke Pell is actually in the final two and NOT Robby Hayes, because that would make a lot more sense.

What do you think Bachelorette fans? Are you baffled as to what Jojo Fletcher sees in Robby Hayes? Isn’t it a bit strange that a guy that has known her two weeks and not spent hardly any time with her could be falling in love with her?

Do you think Reality Steve’s spoilers are correct, and Robby Hayes and Jordan Rodgers are in the final two? Let us know what you think in the comments below and don’t forget to check CDL for all of your Bachelorette 2016 spoilers and recaps.

Happy Father’s Day to all the amazing Dads out there… Especially mine :) This was the first night of what I call the beginning of my own journey to find love and happiness. To have him by my side, to lend me his wisdom, support and confidence in me is something I will always be so thankful for. Thank you for being my biggest fan, Dad. I love & appreciate you more than you will ever know 💕