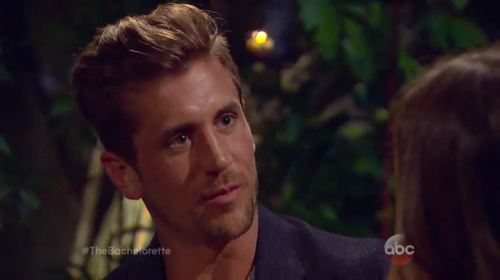 The infamous Bachelor blogger Reality Steve stayed true and posted his Season 12 spoilers, an episode by episode breakdown of Jojo Fletcher’s dates and elimination, including the Season 12 finale and name of her final rose winner.  According to the spoiler king, Reality Steve’s spoilers indicate that first impression rose recipient Jordan Rodgers is the Bachelorette 2016 winner, and engaged to Jojo Fletcher.

Since The Bachelorette Season 12 kicked off, the internet has been on fire with reports about Jordan Rodgers – and disgruntled girlfriends calling him a cheater and a player.  Of course, Bachelorette fans were concerned for Jojo Fletcher, and worried she was making a huge mistake choosing him as her winner.

But, it looks like Jojo Fletcher may have pulled the wool over a lot of Bachelorette fans’ eyes, and may not be looking for love after all.  According to US Weekly, Jojo Fletcher actually knows Jordan Rodgers’ ex-girlfriend Brittany Farrar and all about his issues staying faithful, and she doesn’t care!

It sounds like Jojo Fletcher really could care less how her relationship with Jordan Rodgers is, as long as he plays his part as the Bachelorette 2016 winner, smiles for the cameras, and helps her along the road to fame and fortune.  Then again, we may be totally off base, maybe Jojo Fletcher is just a hopeless romantic and truly thinks Jordan Rodgers has changed his ways.

What do you think of Jojo Fletcher’s Bachelorette 2016 winner?  Is Jordan Rodgers a changed man, or will this couple end in disaster?  Do you think they will ever get married?  Share your thoughts in the comments below and don’t forget to check CDL for all of you’re the Bachelorette 2016 spoilers and news.