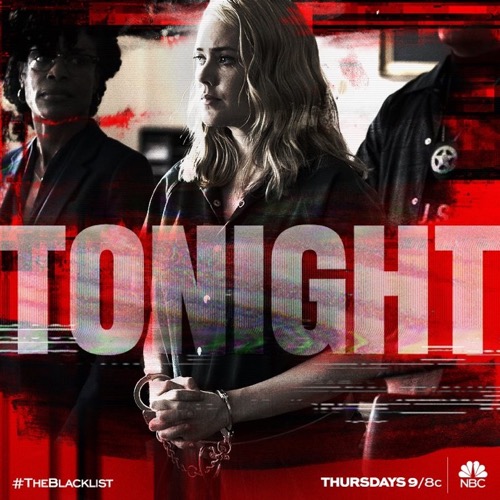 On the last episode while Liz (Megan Boone) awaited trial Red (James Spader) and Aram (Amir Arison) take bold measured to ensure her protection. Did you watch the last episode? If you missed it, we have a full and detailed recap right here for you.

On tonight’s episode as per the NBC’s synopsis, “as The Cabal prepares to assassinate Liz (Megan Boone), Red (James Spader) calls upon the task force to combine efforts to outmaneuver The Cabal to exonerate her.”

Tonight’s episode of The Blacklist kicks off with Amar arriving at a meeting – a security guard strips him of his phone and badge, Harold Cooper arrives right behind him – followed by Red, and Samar. Red takes charge of the meeting and he announces that they have only one chance to save Elizabeth and they are all going to have to work together.

Red explains that his attorney Marvin Gerard and he have been working on a plan to take down the Kabul and the Director. They have already demolished their financial system – the Director has no money to run with. In order to save Elizabeth, they have to make one final attack. Harold Cooper is obviously skeptical, Red tells him not to worry about what exactly the plan is.

Meanwhile, Elizabeth is en route to the courthouse to see the judge – Ressler is in the car with her. Elizabeth cries that Ressler almost had her killed. Ressler explains that he thought that Reven Wright would be able to help him, but now she is dead. Elizabeth asks for a pen and paper so that she can write out her will before they arrive at the courthouse – just in case something does happen to her.

They arrive at the courthouse and are surrounded by paparazzi and rioters, Tom Keen is standing by with Karakurt. Karaurt says that he is getting “cold feet” and he doesn’t think that he is going to be able to go in to the courthouse and testify about the Kabul. Tom tells Karakurt that if he doesn’t testify – he will kill Karakurt’s sister. Meanwhile back at the secret meeting – Red and Marvin inform Harold, Aram and Samar that they will need their help kidnapping the Director Peter.

Peter is panicking – he tells Bishop that they need to take Keen out now, before she gets in front of the judge. Bishop reassures Peter that she has people working inside of the court house, and Elizabeth won’t make it through the night. Later, Bishop meets with a hit man and gives him the orders – she reassures him that if he gets caught the Kabul will see to it that he doesn’t go to prison.

Red is scheming – he sets up a fake office two floors up from Peter and his wife’s marriage counselor. He tells Aram that he needs to hack in to the elevator computer system and make sure that the elevator lets them off on the 8th floor instead of the 6th floor. Meanwhile, Samar “accidentally” bumps in to Peter’s wife at a café and drugs her coffee. Peter’s wife thinks that she is having an attack – and calls her husband Peter and asks him to take her to their therapist’s office.

The next day Elizabeth heads to court with her attorney Gaines – she has been charged with 16 counts of capital murder, and treason and espionage. The attorney general reads aloud the names of all of the people Liz is being charged with killing. Outside in the hallway, Ressler calls Tom Keen and tells him to “get Karakurt in position.” It’s almost time for the moment of truth.

Meanwhile, Peter rushes in to the therapist’s office and hops in the the elevator. Aram does as he is told and hacks in to the computer system and makes sure that he gets off on the wrong floor. Red and his team is waiting for Peter – they stab him in the neck with a needle and render him unconscious. Meanwhile, downstairs Peter’s bodyguard is freaking out – they just realized that there is a fake floor and Peter is missing. They are too late though, Red and his men make it to the parking ramp, throw Peter in a car, and are gone.

Peter wakes up and is on a plane – he demands that Red tell him where they are. Red scoffs that Peter is not his hostage, he is actually a hostage of the Venezuelan government. The Prime Minister of Venezuela is there and waiting to arrest him for war crimes, and violating the War Treaty. Red has pulled some strings and the international court is eager to finally get a chance to charge the CIA. Peter laughs that this is an act of war – and the United States government is never going to allow it.

Elizabeth’s first day in court is over and she is back in her prison cell – Ressler promises her that everything is under control. Outside of the court house, Tom Keen arrives with Karakurt and Ressler rushes outside to help him get through the paparazzi.

On the plane, Red and the Venezuelan Prime Minister call Hitchin and tell them that Peter is en route to Switzerland where he will be charged with war crimes. Red says that they will stop the whole process if Hitchin exonerates Keen. He points out that they just brought in Karakurt, so if Elizabeth is exonerated then he can be the fall guy and the American government won’t look like complete morons.

Meanwhile, Ressler is transporting Elizabeth from her cell. He receives a frantic phone call from Hitchin telling him that it is not safe – the hitman she hired arrives and tries to shoot and kill Elizabeth, but the guards manage to take him down without Liz getting hit. Hitchin just foiled her own assassination plot, it looks like she is going to meet Red’s demands.

Once Elizabeth is safe and back in her cell, Hitchin calls Red back. She agrees to his demands – they are throwing out all of Liz’s charges … EXCEPT Tom Conolly’s death. Red’s lawyer Marvin looks over the deal and says that it is a good deal – Red agrees to the terms, as long as there is no jail time. Marvin pays Elizabeth a visit and tells her that she is going to go free, as long as she pleads guilty to Tom’s death. Ressler reassures Liz that she can keep working with the FBI, just not as an agent – as an asset. Liz isn’t happy about losing her status as an agent – but she signs the deal.

Outside of court, Hitchins holds a press conference and says that Liz has been charged with involuntary manslaughter in Connoly’s death. Hitchins then proceeds to throw Peter under the bus, she tells the press that he was behind the entire conspiracy and he has now fled the country. Peter and Red are watching the press conference on the plane. Peter scoffs to Red that he knows who he “really is to Liz.” Red shuts the Director up and tells him that it is none of his business. Then, Red has his men throw Peter out of the plane – he lands in someone’s house and is dead.
Back home Elizabeth is released from prison – Red is waiting for her outside.