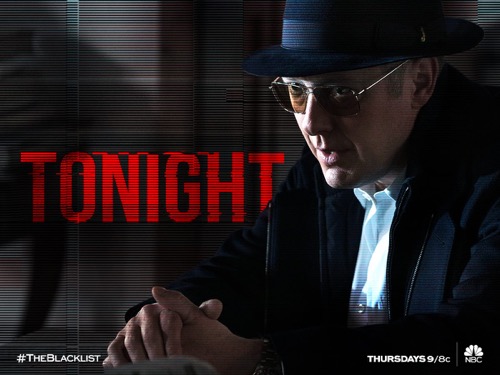 Tonight on NBC their criminal drama, The Blacklist starring James Spader continues with an all new Thursday April 28, season 3 episode 20 called, “The Artax Network.” On tonight’s episode, assailants are pursued after a loss devastates the task force, with focus turned to a mysterious group using a global satellite network.

On the last episode a mysterious beauty on the run from unknown assailants accidentally crossed paths with Reddington (James Spader) and enlisted his help to fight back against her attackers. Did you watch the last episode? If you missed it, we have a full and detailed recap right here for you.

On tonight’s episode as per the NBC’s synopsis, “assailants are pursued after a loss devastates the task force, with focus turned to a mysterious group using a global satellite network. Elsewhere, Red faces a ghost from his past.”

Tonight’s episode of The Blacklist kicks off right after Elizabeth’s death – Tom Keen is in the hospital room and changing Agnes’ diaper. Samar stops by to help him get the baby ready and they head to the church. They are heading to Liz’s funeral, everyone sits in the pews somber as Harold Cooper takes the stage and gives a powerful eulogy. The casket is in the center of the church – and it is a closed casket for those of you who still think that Elizabeth’s death was a hoax.

After the funeral, Samar and Aram ride with Ressler to the cemetery. Harold is not happy when Aram sparks up some weed and passes it to Samar. Samar can’t believe that Red didn’t bother showing up at the funeral. Ressler says that Red had no business being there – because it is his fault that Liz is dead. At the cemetery, Aram reads an excerpt from Shakespeare and sobs while he talks about how much Liz loved Beyonce and foot massages. After Liz is laid to rest – Tom Keen hangs behind to have a final moment with his wife.

Meanwhile, Red heads to a cabin in the woods in the middle of nowhere He knocks on the door and a grumpy old man answers, he is not thrilled to see Red. Red gets choked up and tells him that he lost his granddaughter. Red sits down with him and has dinner. He explains that they lost Liz during childbirth – and he is now a great grandfather.

After the funeral, Harold and his team get to work, they vow to find out who attacked Liz at her wedding and caused her to go in to premature labor. Their only clue is the Artax Network that they found in the basement of one of Solomon’s guys’ houses. Aram works his magic on what little info they can get off the network. Aram can’t figure out who was tracking Keen through the network, but he was able to learn that whoever was watching Keen is also watching a financial consultant named Benjamin Stadler.

At the cabin in the woods, Red tells the old man that he wants to stick around for a while – he enjoys the quiet. He is heading to the store so Red gives him money to pick him up some beer. While he is gone, Red starts going through boxes in the garage full of childrens’ toys and drawings.

Tom is going stir crazy at the hospital with Agnes, he calls Harold Cooper and wants to come in on and work on the case to help them find the men that were after Liz. Harold tells Tom that he needs to stay with his daughter – they have everything under control.

Ressler and Samar don’t have everything under control tough. They head to Stadler’s hotel to pick him up, however when they arrive, a woman is trying to kidnap Stadler. Samar gets her butt kicked by the woman, and then Ressler gets side swiped by the mystery woman’s SUV. They are definitely off their game since Liz’s death.

The old man returns from the store and is not happy to find Red in the garage and going through his stuff. Red starts rambling about the glitter – and how magical it is. Liz’s Grandpa Dom snaps at Red and tells him to stop torturing him, those boxes are all that he has left from his daughter (Liz’s mother). Dom shouts at Red that as far as he is concerned, he killed his entire family because of poor decisions that he made.

Ressler and Samar head back to the FBI, badly beaten up, Samar is furious – they rush to tell Harold that Rowan attacked them, and she was the one trying to kidnap Stadler. Harold is baffled, they had ROwar “dead to rights” for robbing the nuclear bomb facility. He says he is going to do some digging and find out how she was released.

Meanwhile, Ressler and Samar sit down with Stadler to question him and try to figure out why Rowan was kidnapping him. Its obvious Rowan and Solomon are working for the same person – but they still need to figure out who hired them. Stadler insists that he doesn’t know Liz and has never laid eyes on her except for when she was on the news.

Harold pays Cynthia a visit – she won’t tell him why they set Rowan free, instead she gives Cooper a lecture about looking the other way because it’s “over his head.” Cynthia hints at a secret organization and tells Cooper to stay out of it. If Harold wants to help the FBI, then he needs to bring in Raymond Reddington and make sure they don’t lose him without Liz on the team anymore. Harold is fed up, he calls Tom at the hospital and tells him to come to work, they need his help.

Amar shows up at Liz’s Grandpa’s house – somehow he tracked him down. Amar explains that he can’t work without Liz, and he needs Red to come back. He reminds Red that he owes him – he saved Liz’s life and Red said he was indebted to Amar, he needs him back at work. Red said that he doesn’t have it in him, sheds a few tears and slams the door in a shocked Amar’s face.

Back at the FBI, Samar, Ressler, and Amar are frustrated – none of their leads are panning out, they are back to square one and no where closer to tracking down Liz’s attacker.

Red still hasn’t left Liz’s Grandpa’s house – the old man rants that he gave him the bad news, he can leave now. Red confesses that he doesn’t want to leave because he doesn’t know how much longer he will be able to live with the pain of Liz’s death. Grandpa Dom grumbles that he isn’t any better off than Red. But, he heard Amar begging Red to come back – he has honest people that need him and want him.

Aram has gotten his mojo back, he realizes that the network they found in the basement is run by the Artax Network – abandoned satellites in space. There are roughly 71 of them, Aram manages to log in to one of the satellites and he is successful – he is able to get an address for the network’s headquarters. Ressler and Navabi rush to the address, two men inside the room full of computers see the FBI coming on the surveillance cameras and they start destroying everything. By the time Ressler and Navabi arrive at the computer room – there is an explosion, and all of the evidence is destroyed.

Tom is tailing Cynthia, trying to get information on how Rowan was set free and Liz’s killers. He hides in a bush and takes photos of her meeting outside in the dark with a mystery woman – she is the same mystery woman that was spotted in photos with Stadler.

Tonight’s episode ends with Tom back at the hotel with baby Agnes, he is thrilled that he has finally mastered the art of swaddling. After tucking Agnes in to bed, he heads to the FBI office and gives him photos of Cynthia meeting at the airport with the woman that Stalder met at the hotel. Tom tells Harold that he doesn’t think Liz’s Mom is dead, and the mystery woman in the photos is her mom, Katarina Rastavo.

Aram is sitting at home eating take-out and crying, there is a knock at his door in the middle of the night. It’s Red. He tells Aram to “strap on his bike helmet” – it is time for them to go back to work.