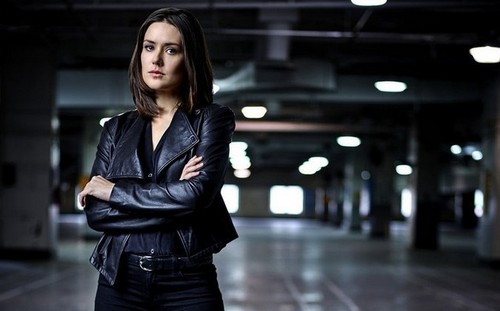 Will Megan Boone return in the Blacklist Season 3 finale or on Season 4 – or is Elizabeth Keen really dead? A few weeks ago when Elizabeth Keen was killed off the NBC drama, fans were certain that it was another hoax, and Megan Boone would resurface very much alive, probably in the season finale, as a huge cliff hanger – which The Blacklist has been known to do.

But, The Blacklist Season 3 finale spoilers are here – and there is nothing in them that indicates Elizabeth Keen returning.

The Blacklist spoilers tease that the remainder of Season 3 will follow Raymond Reddington (James Spader) and the FBI task force, along with an assist from Tom Keen (Ryan Eggold) as they try to catch Liz Keen’s killer (the person that caused the events that lead up to Elizabeth’s early labor and death during delivery).

But, there is no news of a “shocking twist” or return from the dead in The Blacklist finale synopsis – actually spoilers indicate that another major character could be killed off instead.

The Blacklist synopsis for the Season 3 finale, via NBC, teases, “As Reddington (James Spader) and the task force close in on the person responsible for Liz’s death, a shocking betrayal leaves them racing to save one of their own.”

Sure, that doesn’t necessarily mean that Megan Boone’s fate won’t be revealed in the Season 3 finale. After all, if The Blacklist is taking that route – then they will want to keep Liz Keen’s return from the not-so-dead hush until the episode airs. But, we can all agree that synopsis doesn’t really give us any reason to believe that she might not be dead.

The Blacklist spoilers in all fairness are not giving us ANY reason to believe that Megan Boone may be returning, not even for The Blacklist Season 4. When you take in to consideration the fact that Tom Keen is leaving the drama too and Ryan Eggold is starring in his own Blacklist spinoff, it actually is becoming less and less likely that Elizabeth Keen may be alive.

But, stranger things have happened on The Blacklist.

Do you think that Megan Boone is returning and Liz is alive? Who’s life will be in jeopardy in the finale, is another character getting killed off? Let us know what you think in the comments below and don’t forget to check CDL for all of your the Blacklist spoilers and recaps.