The Bold and the Beautiful Spoilers: Liam Crushed by Steffy’s Rejection, Ivy Makes Her Move – Power of Attorney Cover-Up Exposed 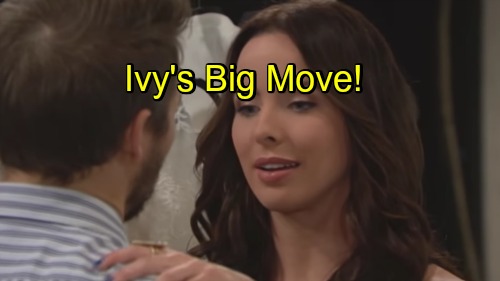 The Bold and the Beautiful (B&B) spoilers for Friday, October 7, tease that Liam (Scott Clifton) will get some news that’s difficult to accept. Steffy (Jacqueline MacInnes Wood) has agreed to move back in with Wyatt (Darin Brooks). They’re going to try working on their marriage now that Quinn (Rena Sofer) is being forced out.

Liam will argue that Quinn will inevitably cause more trouble. Liam won’t think Wyatt can protect Steffy from the destruction Quinn is capable of. Steffy will assure Liam that she’s doing everything she can to keep Quinn out of her life. She won’t want Liam to worry about it. 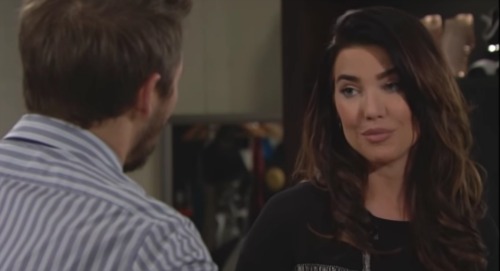 The Bold and the Beautiful spoilers say Liam will continue to protest Steffy’s choice. Friday’s B&B preview video shows Liam shouting, “You should be with me!” Liam will undoubtedly feel like Steffy is just letting Quinn win. She’s the reason they were kept apart long enough for Steffy to marry Wyatt.

Nevertheless, they can’t change the past. Steffy made vows and she intends on sticking to them. Liam will just have to find a way to deal with that. Ivy (Ashleigh Brewer) will believe she can help Liam cope. When Ivy gets updates on Steffy’s decision, she’ll immediately make her move. 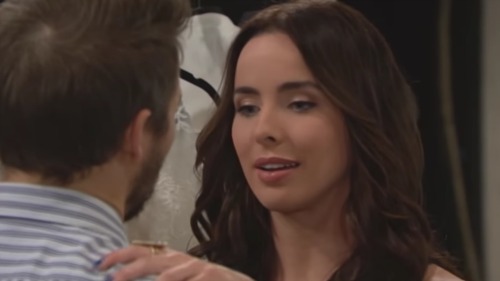 Ivy will insist that Liam needs to stop pining for his brother’s wife. Steffy chose Wyatt. Case closed. Ivy will think Liam needs to take advantage of what’s right in front of him. She’ll wrap her arms around Liam and turn the sexiness up a notch.

Of course, Liam will still be trying to wrap his head around Steffy’s rejection. It’s doubtful that Liam will be open to pursuing anything with Ivy just yet. Ivy won’t give up though. Next week, Liam will face the full force of Ivy’s powers of seduction. Stay tuned to see if Ivy can pull off her plan.

Meanwhile, another plan is already failing. Carter (Lawrence Saint-Victor) will back out of his agreement with Ridge (Thorsten Kaye) and their plot to stop Quinn will be in jeopardy. Ridge and Steffy are going to throw a fit when Carter wants to come clean. They’ll hope to convince Carter that telling the truth could have catastrophic results.

Wyatt will overhear a conversation about Quinn being Eric’s (John McCook) power of attorney. The Bold and the Beautiful spoilers hint that Wyatt won’t be pleased by all of the plotting. He’ll ask how long they’ve been hiding this secret. Wyatt will have to decide what he’s going to do with this crucial info. 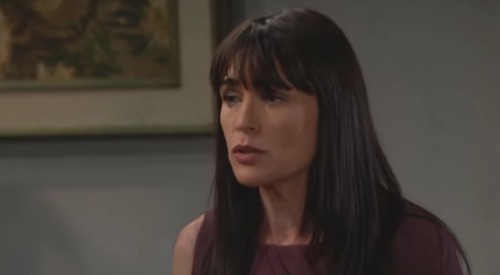 We’ll also see Quinn on the verge of a meltdown in Friday’s episode. She’ll keep imagining Eric waking up and wondering where his wife is. Quinn won’t want Eric to believe that she abandoned him. She would do anything to fix this mess.

Ridge is the one who’s keeping Quinn away from the man she loves. Will Wyatt help Quinn reclaim her rightful spot by Eric’s side? Keep watching B&B and don’t forget to check CDL often for the latest Bold and the Beautiful spoilers, updates and news.