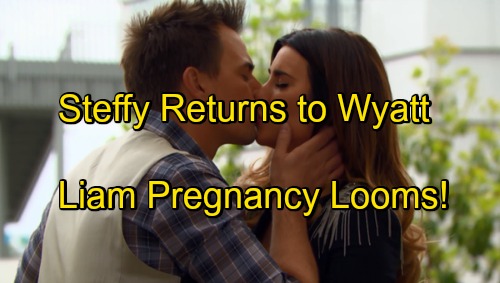 The Bold and the Beautiful (B&B) spoilers tease that Eric (John McCook) will officially put Quinn (Rena Sofer) and Wyatt (Darin Brooks) in charge at Forrester Creations. He’ll ask them to step up during his recovery. Eric will need quite a while to recuperate, but he’ll trust that Wyatt and Quinn can handle the workload.

Quinn will undoubtedly be thrilled to have her son by her side through it all. She’ll feel confident that they can make Eric proud. Quinn is always up for a chance to prove herself. She wants to show the Forresters that she’s trustworthy and capable of tackling whatever comes her way.

Wyatt will be grateful for this responsibility as well as the distraction. He’s been a little down in the dumps since Steffy (Jacqueline MacInnes Wood) left him, but this should lift his spirits. Wyatt might feel like his life is moving in a better direction. Taking over Eric’s position will likely give Wyatt some confidence.

The Bold and the Beautiful spoilers say Wyatt will show off his new attitude during his next encounter with Steffy. It looks like Steffy will want to discuss their failed relationship. She’ll probably want to know how quick they can get this divorce in motion.

However, Wyatt will want to speak his mind first. He won’t be willing to beg for his wife back, but he will deliver an ultimatum. Wyatt is fed up with all of these games. He just wants a definitive answer about his future. If Steffy truly wants a divorce, Wyatt won’t put up a fight. 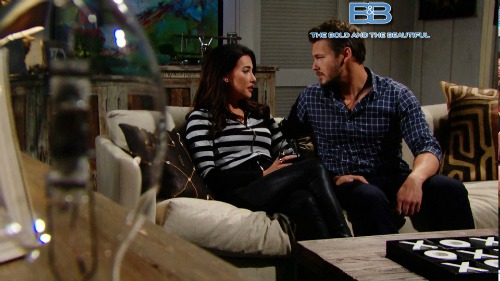 Nevertheless, Wyatt would gladly reunite with Steffy. She just has to get over her Quinn (Rena Sofer) issues. B&B spoilers state that Wyatt will remind Steffy of the good times they shared. He’ll insist that he still wants a future with Steffy, but only if she can fully commit.

Wyatt will want Steffy to either move back in or get the ball rolling on their divorce. She has to make a final choice. Wyatt will assure Steffy that he’ll make peace with whatever her response is. It seems Wyatt’s words will change something for Steffy. She’ll decide to reconcile with her husband.

It’s possible that Ridge (Thorsten Kaye) will try to influence this situation in some way. He might realize that having Steffy connected to Wyatt could work in their favor. Then again, Quinn could toss around a threat or two. She wants her son to be content. Wyatt and Quinn will have a lot of power thanks to Eric.

Of course, Steffy might really be that fickle. Maybe being around Liam (Scott Clifton) for so long has rubbed off on her! Speaking of Liam, we can’t forget about his latest sex session with Steffy. That could cause big problems down the road.

Will Steffy end up pregnant as a result of that steamy encounter? It certainly sounds like the usual route on The Bold and the Beautiful. Things could get crazy if Steffy tries to pass off Liam’s baby as Wyatt’s. We could see some paternity swaps and mad Mama drama. Quinn won’t be a happy camper.

Will Wyatt and Quinn make the Forresters suffer for Steffy’s mistake? We’ll give you updates as more news comes in. Stay tuned to B&B and don’t forget to check CDL often for the latest Bold and the Beautiful spoilers, updates and news.

Today on #BoldandBeautiful… Will Liam and Steffy act on their feelings for each other? WATCH FULL EPISODE: https://t.co/6mb0xs39ej pic.twitter.com/5V011GYbNo