The Bold and The Beautiful Spoilers: Week of January 2 – Ivy Confronts Quinn – Liam and Steffy Argue – Ridge Lies to Brooke 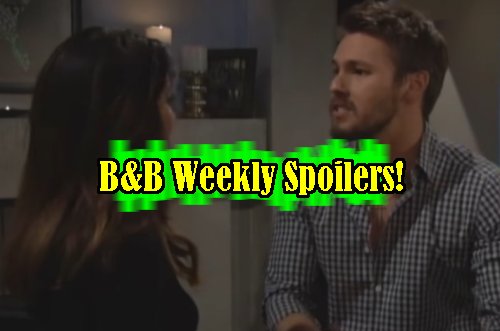 The Bold and The Beautiful (B&B) spoilers for the week of Monday, January 2 thru Friday, January 6 reveal that Quinn Forrester (Rena Sofer) can’t keep her mind off her son-in-law even though she knows Ridge Forrester (Thorsten Kaye) is targeting her marriage for destruction.

Quinn finally has everything she wanted – an adoring husband in Eric Forrester (John McCook), wealth, comfort and professional success – but could she revert to her old ways and throw it all away for the lure of bad-boy Ridge? His plan will backfire on him, just wait and see.

Quinn’s loyalty to Eric is challenged this week and so is Steffy Forrester’s (Jacqueline Wood). Steffy and Liam Spencer (Scott Clifton) argue over Eric’s demand that she stop living with Liam until her divorce is finalized from Wyatt Spencer (Darin Brooks). 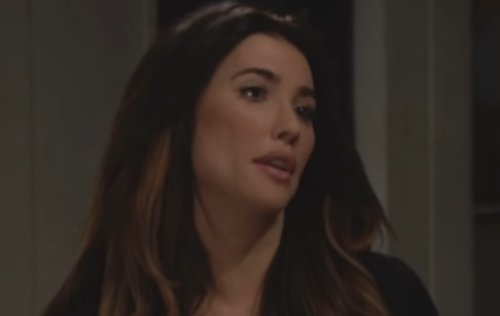 Liam pressures her and says this is Quinn and Eric manipulating her but Steffy loves and respects her grandfather. Liam is shocked when Steffy confesses that she had misgivings from the start about moving in with him while she was still legally attached to Wyatt.

Liam is floored and he’s angry. He says Eric has no right to make demands, but she won’t be swayed. Eric knows what he’s doing by insisting Steffy live under his roof since Wyatt also lives there now. Liam goes to Wyatt and demands he stop interfering.

Wyatt insists it’s not his doing but reminds Liam that he did the same to him. Liam says he won’t give Steffy up without a fight. Wyatt continues to work closely with Steffy and Nicole Avant (Reign Edwards) at the office and takes the time to tell Steffy they still might have a future. 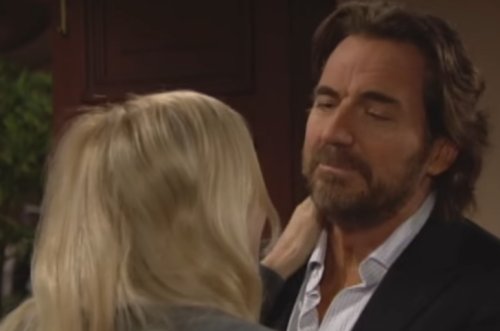 Liam snaps and calls Ridge to tell him he needs to speed up the plan to get rid of Quinn. Ridge tells Liam confidently that when he’s done with Quinn, Eric won’t have anything to do with her. Ridge is also setting himself up for an epic fall, but he doesn’t see it yet.

Brooke Logan (Katherine Lang) is being full-time pursued by Bill Spencer (Don Diamont) but Ridge doesn’t realize it because he’s too focused on Quinn. When Brooke asks him who he took a steam with, he lies. Ridge finds himself intrigued by Quinn as he gets to know her while trying to wreck her marriage.

Dollar Bill was right about Ridge being a chronic cheater, but this path he’s on is truly stunning. Bill keeps pushing to show Brooke he’s the man she should choose and that he’s better for her in the long run. Quinn has to deal with a confrontation over her steam room session with Ridge. 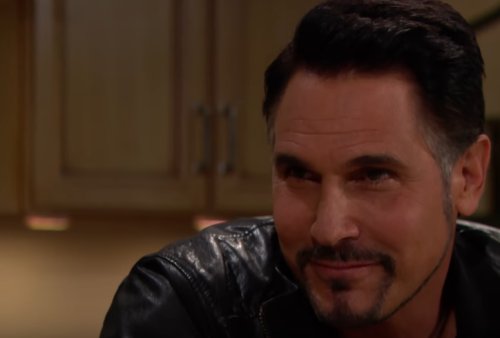 Ivy Forrester (Ashleigh Brewer) overheard them talking and knows that Ridge saw Quinn naked in the shower, too. Ivy demands to know what is happening. Quinn confides in Ivy what Ridge is doing and how he’s playing games but she says she’s not interested in him and told him to stop. Quinn knows he’s targeting her but can’t get Ridge off her mind.

Quinn also gets a surprise visit from Katie Logan (Heather Tom) who tries to make friends so that Quinn won’t be so volatile about her visiting Eric. We are on a path for a major couple swap with Quinn and Ridge getting closer, Bill and Brooke, plus Katie and Eric bonding.

B&B’s New Year is off to a rollicking start with the action on Monday, January 2 thru Friday, January 6 for all these couples. Share your comments below and tune into CDL for the latest The Bold and The Beautiful spoilers.