BY Heather Hughes on October 16, 2016 | Comments: one comment
Related : Soap Opera, Spoiler, Television, The Bold and the Beautiful 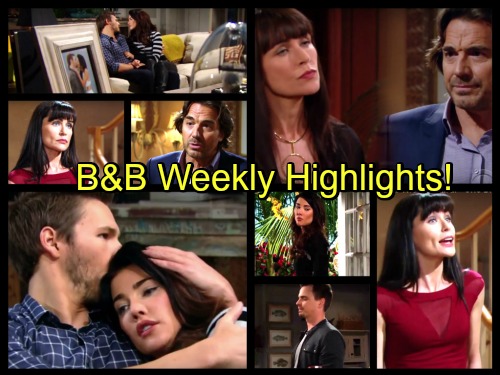 The Bold and the Beautiful (B&B) spoilers and highlights for the week of October 17-21 tease that we’ll see some big decisions and shocking moments on the CBS soap. For starters, RJ (Anthony Turpel) will determine that he just can’t accept his mom’s marriage to Bill (Don Diamont).

Brooke (Katherine Kelly Lang) tried to give RJ some time to get used to the idea, but he’s only getting more riled.

RJ will insist on having his parents back together and he may go to great lengths to make it happen. Meanwhile, Bill will be just as convinced that his future lies with Brooke. He’ll work hard to keep Brooke in his corner, but it looks like his plan may fail. 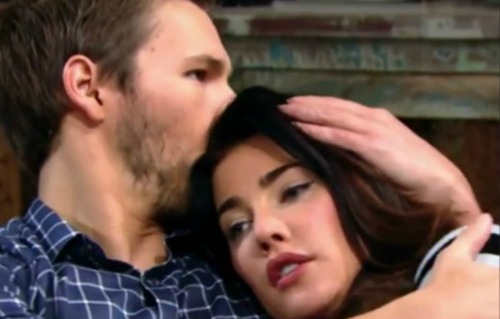 Brooke will undoubtedly feel torn between two loves. It seems Steffy (Jacqueline MacInnes Wood) will be in the same boat. She recently dumped Wyatt (Darin Brooks) and got back together with Liam (Scott Clifton), but she’ll soon worry that she made the wrong choice.

Liam isn’t the problem here. Steffy will simply feel guilty for bailing on her husband. 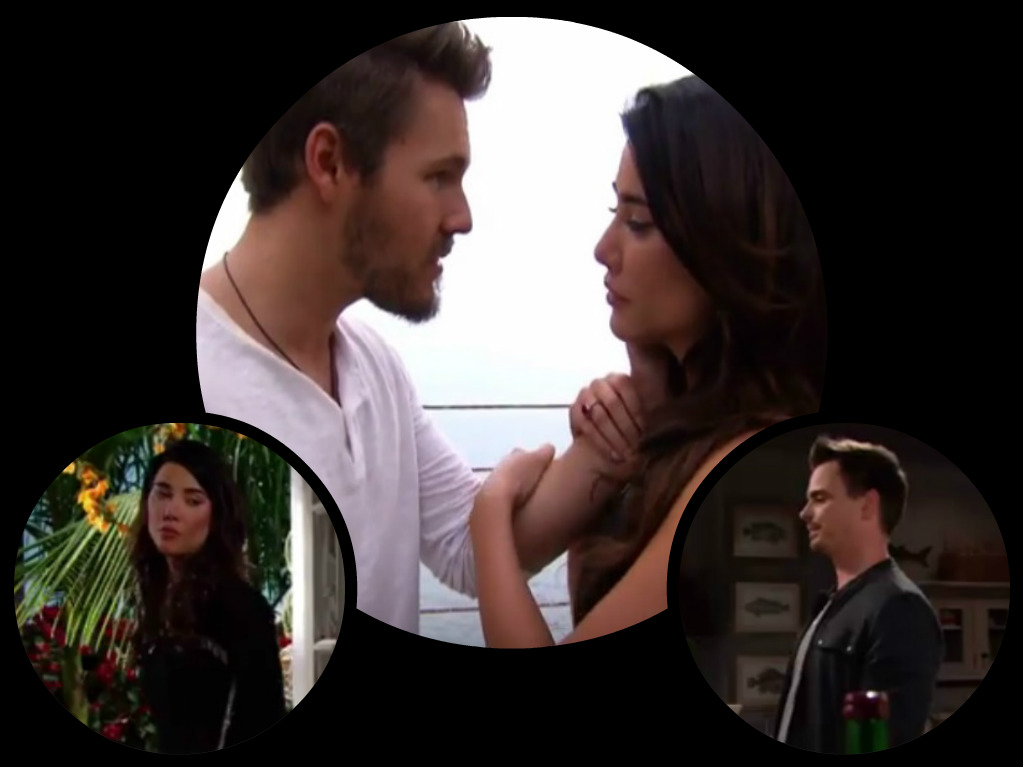 Of course, they haven’t started the divorce process yet. Wyatt will eventually realize that he needs to know what Steffy truly wants. The Bold and the Beautiful spoilers state that Steffy and Wyatt will have a deep conversation about where they stand. Wyatt will suggest that Steffy needs to come home or just let him move on.

Surprisingly, Steffy will choose to reconcile with Wyatt. Liam’s dreams will be ripped away once again. Nevertheless, that won’t stop Liam from going after what he wants. The Bold and the Beautiful spoilers reveal that Steffy will face some major temptation.

If Steffy caves in and has sex with Liam, it could create some baby drama down the road.

Other B&B spoilers indicate that Ridge and Quinn (Rena Sofer) will continue their power struggle. When Eric’s (John McCook) condition improves, it should make things even more complicated. Ridge will try every trick in the book as he works to get Quinn out of Forrester Creations.

Naturally, Eric will place his confidence in Quinn and her abilities. He trusts her and believes she can keep the company on track. However, Eric will decide to add Wyatt as an insurance policy. Wyatt supports their relationship now and he can help Quinn tackle this challenge.

Ridge won’t be satisfied with Tweedledee and Tweedledum as corporate bigshots. He’ll feel like he’s the only one who’s capable of leading Forrester. Ridge will urge his father to sign a new power of attorney form, but Eric will veto that plan. He’ll contend that Ridge needs to give it a rest.

As much as Ridge hates to let Brooke go, he knows Bill’s shares could come in handy right about now. He’ll push Brooke to move forward with their wedding, but at least one of them could have second thoughts later.

We’ll give you updates as other news comes in. Stay tuned and don’t forget to check CDL often for the latest Bold and the Beautiful spoilers, updates and news.

PHOTOS: Sneak Peek at Next Week, Oct. 17–21… Bill & Katie come face-to-face for the first time since the divorce. https://t.co/9l86zCGfd6 pic.twitter.com/Nis7XhdEbO

NEXT WEEK: Will one brother’s loss be the other brother’s gain? pic.twitter.com/ocCVQtGGgo