‘The Bold and The Beautiful’ Spoilers: Week of September 5 – Steffy Rages at Ivy – Brooke and Ridge Plot – Wyatt Desperate 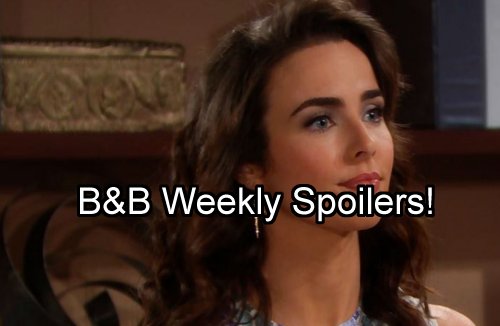 New ‘The Bold and the Beautiful’ spoilers for episodes the week of Monday, September 5 thru Friday, September 9 reveal that Brooke is ready to fight alongside Ridge, Steffy is off the chain furious, and Wyatt may channel Quinn’s scheming ways to keep his wife.

Although it’s Labor Day on Monday, there is still a fresh new B&B episode, so don’t miss that – set your DVR. Early in the week, Ridge Forrester (Thorsten Kaye) is ready to begin his plot to take back Forrester Creations from Eric Forrester (John McCook). 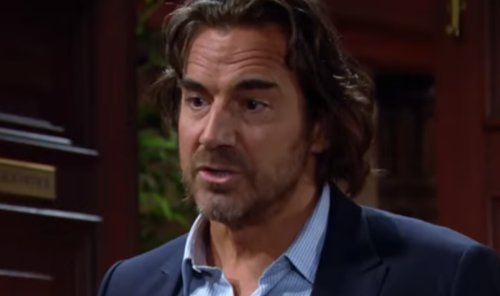 Brooke Logan (Katherine Lang) says yes to Bill Spencer (Don Diamont) even though this sets a speed record from divorce to proposal to marriage – and they seem to be ignoring how hurt Katie Logan (Heather Tom) will be, despite her assurances she’s fine.

When Ridge gets a photo from Brooke, he knows it’s game on. Sounds like Brooke is going to sneak Ridge a photo of her engagement ring on her finger as a sign that she’s getting the Forrester Creations shares and they can start their takeover bid. 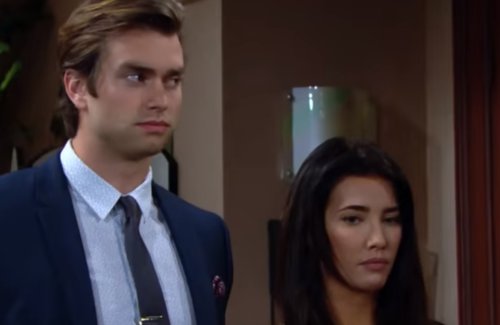 Later, when Brooke and Ridge talk, she admits how much she loves Bill. That’s interesting since Katie was planting seeds trying to get Ridge to make a play for Brooke just to screw over Bill. For now, though, Brooke and Bill are engaged.

The next item is to let the rest of the Forresters (except for Eric) know they’re ready to go to war. Brooke and Ridge call a meeting and let the interested parties know what’s about to go down. No doubt Rick Forrester (Jacob Young) likes the idea. 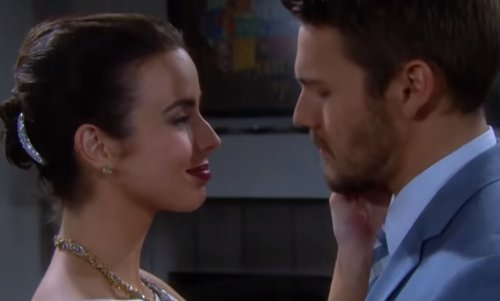 However, we do have to wonder how thrilled Rick will be that his mother is engaged to Bill. Eric, meanwhile, has no idea everyone is scheming against him and he turns to someone he trusts to discuss his new relationship with Quinn Fuller (Rena Sofer).

Eric chats up his beloved Stephanie’s portrait and tells her about his thing with Quinn and how badly the family is taking their romance. Eric is looking for advice and acceptance. Wonder if the portrait will fall off the wall? Will he get a sign that Stephanie is for or against Quinn? 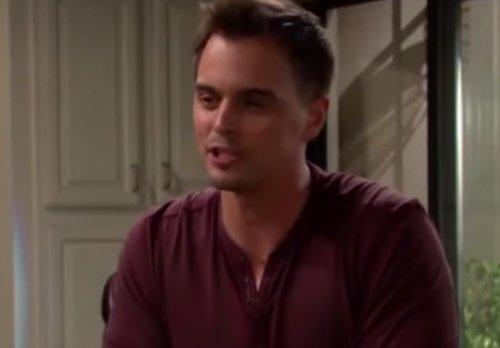 Ivy Forrester (Ashleigh Brewer) is ready to get back into the swing of things at Forrester, but no one, save Quinn, is too happy to see her. Ivy and Liam Spencer (Scott Clifton) meet again for the first time since their ill-fated flight to Australia.

Ivy kisses Liam (encouraged by Quinn) but it won’t work since he’s focused on Steffy Forrester (Jacqueline Wood). Steffy is furious when she finds out Ivy is back and working for Quinn. Wyatt Spencer (Darin Brooks) grows increasingly desperate about his marriage. 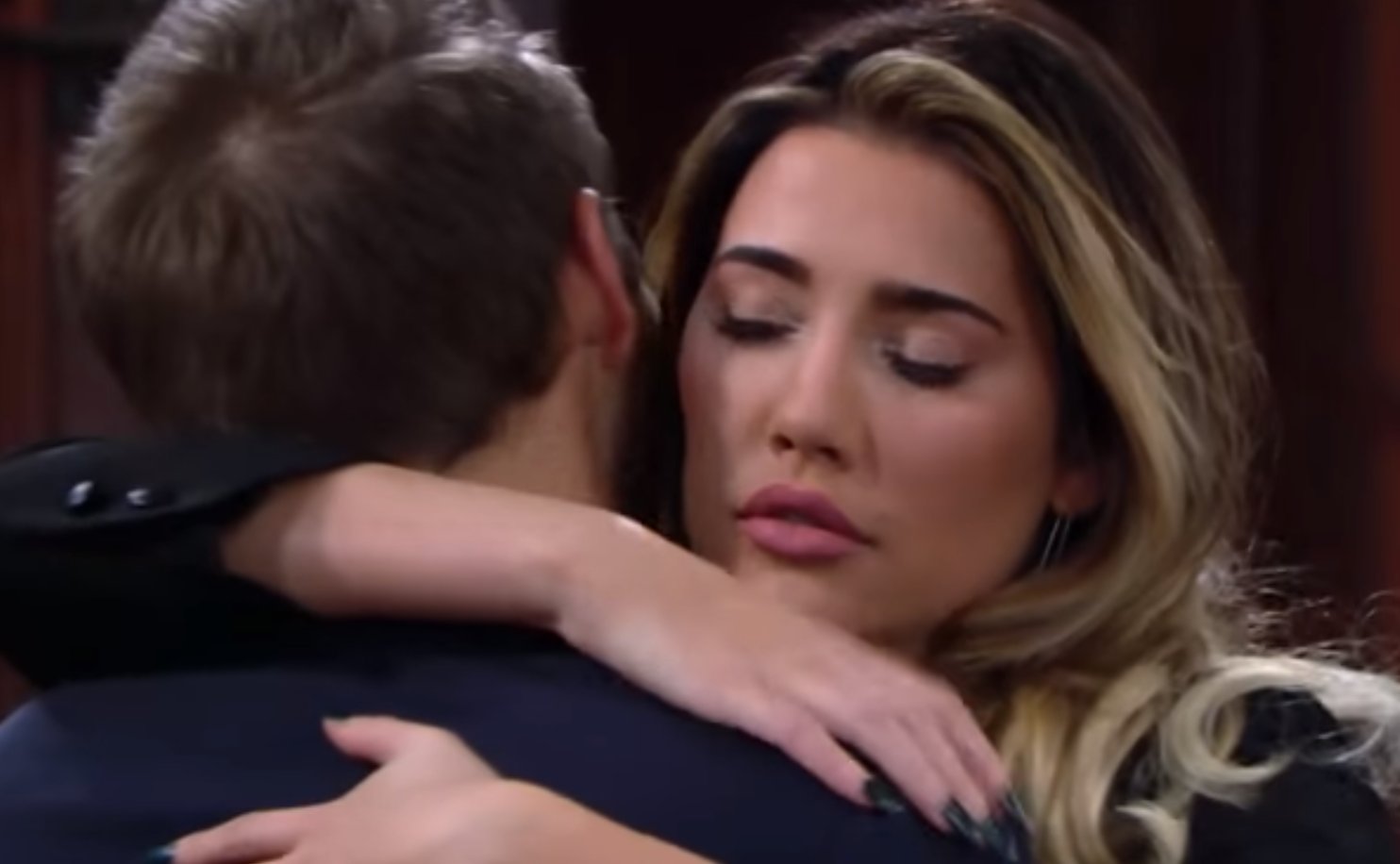 Wyatt turns to Thomas Forrester (Pierson Fodé) for help with his broken marriage, but he’s clueless that Thomas is firmly on #TeamLiam. Wyatt confides in his brother-in-law and then hatches a plan to win back his wife that is reminiscent of a Quinn caper.

All this and more happening on B&B episodes the week of Monday, September 5 thru Friday, September 9. Watch then check back with CDL for all the latest ‘The Bold and The Beautiful’ spoilers and news.