BY Sean O'Brien on May 19, 2016 | Comments: 3 comments
Related : Soap Opera, Spoiler, Television, The Bold and the Beautiful 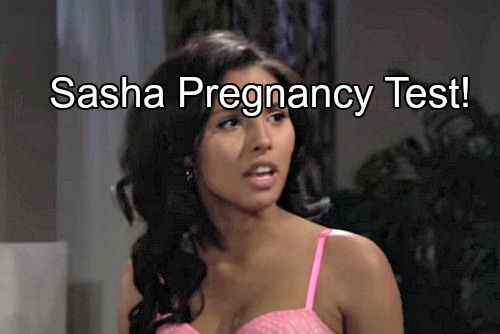 “The Bold and the Beautiful” (B&B) spoilers tease that Sasha’s (Felisha Cooper) plan may not turn out quite like she expects. Sasha stunned Zende (Rome Flynn) when she announced her pregnancy. She assumed Zende would make peace with the news and stand by her. Instead, Sasha is in for a rude awakening.

B&B spoilers say Zende will give Nicole (Reign Edwards) updates on Sasha’s bombshell. Nicole and Zende will promptly announce that they’re reuniting anyway. Zende might be willing to be a father for this seemingly fake child, but that doesn’t mean he has to stay with Sasha romantically. Zende will tell Sasha that he’s sorry, but they’re done.

Sasha will be shocked when she realizes her plot isn’t panning out. If this pregnancy is indeed a scam, Sasha has apparently fibbed for nothing. Like the rest of us, Nicole will suspect that Sasha is full of it. “The Bold and the Beautiful” spoilers reveal that Nicole and Sasha’s war is about to heat up.

Since Nicole will still be in the hospital recovering, she’ll suggest that they’re in the prime location to put Sasha’s claims to the test, a pregnancy test! If Sasha wants to prove she’s truly expecting, there’s no time like the present. It appears Nicole is trying to call Sasha’s bluff.

What will Sasha do once she’s backed into a corner? She’s probably got three options. First, Sasha could refuse to take the test and act offended that she has to prove herself. That might buy her a little time. Option two would be taking the test and rolling the dice. If the test comes back negative, then it’s game over. 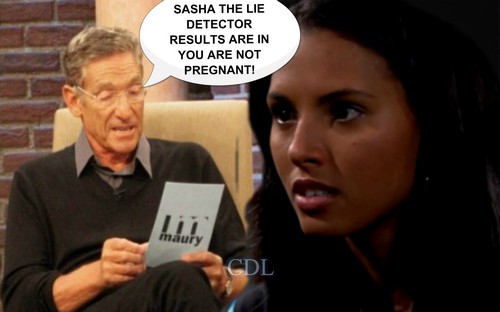 However, it’s possible that Sasha could actually turn out to be pregnant. She might not even know yet. Sasha may think this is all a scheme, but she could be surprised if it’s the real deal. As for the third option, we might see Sasha try to delay the test and do some tampering to make sure she gets a positive result.

Sasha is obviously a very determined individual. We don’t really know what she’s capable of. Sasha is practically the Quinn (Rena Sofer) of the Avant family. How far will Sasha go to get what she wants? Stick with “The Bold and the Beautiful” to see what Sasha has up her sleeve.

So B&B fans, what do you think about Zende’s decision to dump Sasha in spite of her pregnancy shocker? Will Sasha get caught in her lies or come up with a way to continue the ruse? Voice your opinion in the comments below and don’t forget to check CDL often for the latest “Bold and the Beautiful” spoilers, updates and news.