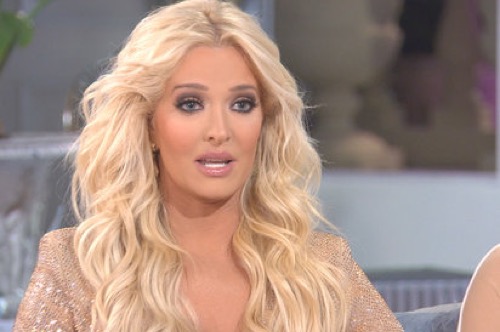 Tonight on Bravo The Real Housewives of Beverly Hills airs with an all new Tuesday May 3, season 6 episode 23 called “Reunion Part Three” and we have your recap below. On tonight’s episode as the reunion wraps up, the women relive the fun of Dubai, and also the outrageous interpersonal drama that occurred there.

On the last episode, the reunion picked up with Yolanda taking some of her friends to task for questioning her health issues. Tears were shed and apologies were made. Did you watch the last episode? If you missed it we have a full and detailed recap right here for you.

On tonight’s episode per the Bravo synopsis “as the reunion wraps up, the women relive the fun of Dubai, and also the outrageous interpersonal drama that occurred there. While many of the ladies have nice things to say about each other, Lisa Rinna and Lisa Vanderpump remain at an impasse. The housewives are also surprised when a viewer from Encino, California (none other than Brandi!) voices her opinions of the season via video.”

Tonight’s special episode is going to be filled with more crazy housewife drama that you won’t want to miss, so be sure to tune in for our live coverage of the show tonight at 8 PM EST! While you wait for our recap hit the comments and let us know how excited you are about this episode of The Real Housewives of Beverly Hills!

This week on part three of The Real Housewives of Beverly Hills the conversation about Lisa V’s abusive relationship continues. Lisa says “He hurt me once and then twoce and then I left.” Yolanda tells Lisa V “You and Eileen could have had a deeper bond if you had shared this at the table.” Lisa V says “I didn’t feel that it was the time or the place.” Kyle says “I have seen Lisa much more emotional than this.” Eileen says “I think you have a lot more empathy for animals than for the women in this group.” Lisa V says “I don’t like that. It makes me feel bad.” Eileen immediately apologizes for making Lisa V feel bad. Andy says “I find it interesting that Eileen immeadiately apologized.” Eileen says “The one thing that I don’t like ayn bout all of this is that I have become a B through all of this. I am not a person who starts stuff. I usually try to resolve things.”

Next up Andy addresses the situation between Ericka and Katheryn. Andy asks Katheryn “Where do you get off telling Ericka not to say the C word?” Katheryn says “I was raised as an old fashioned girl and I was raised to not use that word.” Andy then asks Katheryn “Where do you get off being fake with Ericka and telling her that you wanted to be her friend and then running back and telling Lisa V what she said?” Katheryn says “I did want to be your friend until you started talking all that smack.” Andy says “You could have just told her that you didn’t agree with her.” Yolanda jumps in and says “Or you could have just kept it to yourself and gone about your business.”

Katheryn responds to her saying “Had I done that I would have felt like a fraud when this aired. Ericka gets upset and says “Should I tell Lisa V that you called her a harmless old lady?” Katheryn gets very upset. She says “I never called anyone harmless or an old lady.” She tells Ericka “You have talked smack about all of us except Yolanda.” Lisa V says “In Katheryn’s defense she only told me a little bit.” Andy asked the group “Who here thinks Katheryn was wrong to go back and tell Lisa V what she said?” Katheryn pipes up and admits that she knew she was wrong. Andy asks Ericka “You forgave Katheryn but will you ever confide in her again?” Ericka says “Katheryn and I are on the road to building a real friendship. We got off to a bad start, but we are good.”

Andy shows a video of Brandi. She was sitting there having a glass of wine. She procedes to apologize to Eileen and trash the other ladies. She says that Lisa R is crazy and calls Lisa V a master manipulator. Brandi commends Ericka for calling out Lisa V on being manipulative and says “It only took me five years to figure out that she was pulling my strings.” She also tells Lisa V that she is a master manipulator. Andy asks the ladies what they think of Brandi’s video. Lisa V says “Who?” She also wonders why, after Brandi was banned from the show, she got to sit there and pass judgement on them.

Andy says “Some friendships look better through rose colored glasses, but when the glasses came off things can get ugly.” Andy says “Kyle this friendship with Lisa clearly means a lot to you.” Kyle agrees and Lisa V says “We have been through a lot of ups and downs but we are still friends.” Andy asks her “It seems that you are firmly on the side of keeping your friendship together.” Kyle says “I will always want her to be my friend and I love her.” Andy says “Lisa V Ken is very opinionated about your friends.” Lisa R gets very upset and says “If my husband ever said that about any of you ladies I would be very upset.”

Andy asks Lisa V “Are you appalled?” Lisa V says “No, that’s how he felt.” Andy asks Lisa V ” If Harry Hamlin called you names would you feel bad?” Lisa V tries to defend Ken, but the other ladies are really upset. Yolanda says “He told me I looked terrible with no makeup.” Lisa tries to diffuse the situation.

Andy asks Lisa R “Eileen called Lisa V a manipulator and after a few months you agreed with her.” He also asks Lisa R “Do you think you are easily manipulated?” Lisa R says “I don’t think I am easily manipulated.” Yolanda pipes up and says “I think you are a people pleaser.” Lisa R strongly disagrees and the fight escalates. Lisa V says “I thought she was going to drag all of us into it.” Lisa R and Lisa V continue to argue about who brought up the Munchausen issue. Andy asks Yolanda “Who do you believe and why?” Yolanda says “It’s all confusing to me. I am going to with Eileen because of her insight and experience.” Eileen pipes up and says “Lisa R doesn’t lie. I have nothing to gain from all of this.” Lisa R asks Kyle “Why did you tell Lisa V I’ll take you down in flames?”

Andy asks Lisa V “Why do you think your friends are always accusing you of being manipulative?” Lisa V says “I don’t know.” He then asks her “After all of the accusations that have been leveled at you is there anyone you want to apologize to?” Lisa V pauses for a moment and then says “No.”

Andy then asks her “You have known Lisa R for almost thirty years. How do you think you can repair this relationship?” Lisa V says “I don’t know. She seems so angry all the time.” He asks the same question of Lisa R. She says “I am the type of person who just wants to move forward and I am willing to do that with Lisa V.” Lisa V then says “So we can put this behind us and move on?” Lisa R says “Absolutely.” Andy asks Kyle “What do you take away from this season?” Kyle says “I love meeting new girls and learning about Yolanda’s Lyme disease.” Lisa R says “I hope I have grown and learned and I never lived with regrets.” Eileen says “There is no contest. Housewives trumps daytime in the drama department.” Andy asks each of the ladies to say something nice about each other in one word. Yolanda was described with the word integrity. Lisa v was described as funny. Eileen was described as genuine while Ericka was described as loyal. Funny was the word used to describe Kyle and Lisa R was described as sweet. Lisa R was called Honest.