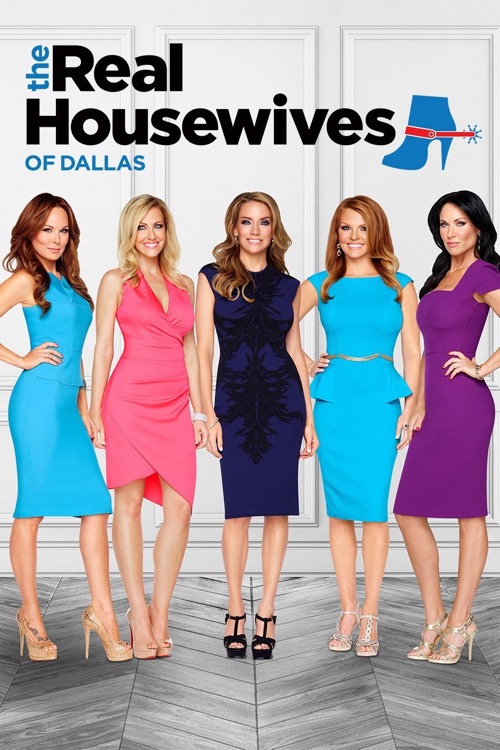 Tonight on Bravo The Real Housewives of Dallas continues with an all new Monday April 11, season 1 premiere called, “Everything’s Bigger in Dallas,” and we have your recap below. On tonight’s episode, everything’s bigger in Dallas – the egos, the attitudes, and the bank accounts. Cary Deuber hosts a benefit at her home where inappropriate behavior by best friends Brandi Redmond and Stephanie Hollman raises the ire of social maven, LeeAnne Locken.

A natural expansion for “The Real Housewives” franchise, the extravagant, over-the-top city of Dallas is deeply rooted in Texan pride, where people believe that if they are lucky enough to live in the Lone Star State, they are lucky enough. The series delves into the lives of five sophisticated southern socialites – Cary Deuber, Tiffany Hendra, Stephanie Hollman, LeeAnne Locken and Brandi Redmond, along with their friend Marie Reyes – as they climb their way to the top of the city’s most exclusive circle. With big wallets, big hearts and even bigger drama, these ladies prove why you don’t mess with Texas, let alone a Housewife.

On tonight’s episode per the Bravo synopsis, “everything’s bigger in Dallas – the egos, the attitudes, and the bank accounts. Cary hosts a benefit at her home where inappropriate behavior by best friends Brandi and Stephanie raises the ire of social maven, LeeAnne. Later, tensions boil over at a prestigious charity event as Stephanie is dragged into a feud between Brandi and LeeAnne. Meanwhile, Leanne’s best friend, Tiffany, questions whether her recent move back to Dallas from Los Angeles was the right decision for her and her rocker husband, Aaron.”

Tonight’s episode is going to be filled with more crazy housewife drama that you won’t want to miss, so be sure to tune in for our live coverage of the show tonight at 8 PM EST! While you wait for our recap hit the comments and let us know how excited you are about this new season of The Real Housewives of Dallas!

On the series premiere of Real Housewives of Dallas Brandi, a former Dallas Cowboys cheerleader who is now a stay at home mom, Leeanne who is out shopping for new dresses for charity season. She says “I am not the person who writes big checks. I am the person who gets things done.” She also says “They call me the mouth of the south and RI am ok with that because I am using my voice to help others.” She also talks about growing up as a carnie kid. Carey is a certified nurse. She and her husband Mark are preparing for a charity event for breast reconstruction, Carey says “I was marred twice before Mark. I knew his family and they all came to my second wedding in Hawaii.”

Brandi goes over to visit Stephanie. She asks her “Do you want to help me with a few things?” Stephanie asks her “Like what?” Brandi tells her “We have to program the garage door buttons.” Once they get out into the garage, after having a couple glasses of wine they are giggling as they try to program the openers. Stephanie asks Brandi “What will you do if the garage door openers aren’t done before Mark gets home?” Brandi laughs and says “I’ll hire someone to do it.” Both girls break out into laughter.

Stephanie is having breakfast with her husband Travis and her son. She talks about how she and her husband met and says “Six months after we met we were engaged.” Travis asks her “How come Chance’s ski jacket is in the laundry room?” She tells him “It needs to be washed.” Stephanie says “I feel like Travis’ dream woman would stand at the door and greet him and take care of the kids and I am not that woman. I like to have fun.”

Carey is getting ready for her charity trunk event to help women breast reconstruction when they can’t afford it. All of the ladies come to the showroom and Carey has them come into the room where the trunks are. Before they begin to shop Carey introduces them to the head of the organization who tells them a little about what they will be raising money for.

Tiffany and her husband Aaron have moved back to Dallas after a disasterous stint in Hollywood and Tiffany says “One of the motivating factors for coming home was my friendship with LeeAnne. She tells people that she is happy because we were like peas and Carrots.” Tiffany and Aaron leave the restaurant and she takes him to see her surprise which is a new guitar to help him get gigs.

LeeAnne is living with her boyfriend Rich. She says “We will hopefully be getting married soon.” LeeAnne asks Rich about going to the charity dinner and he tells her “I don’t think I can get off from work.” This doesn’t make her happy.

Stephanie and Brandi are hanging out. Brandi tells her “I had lunch with Carey the other day and told her about he impression that you do of LeeAnn.” Stephanie looks a bit mortified. Brandi says “Stephanie and I love the charity events, and we are passionate about the causes that we champion, but I have a feeling that this party is going to be stuffy and boring.” Stephanie talks about the fact that LeeAnne uses the charity circuit to help her get ahead in life. She tells Brandi “I was at an AIDS charity event last week where LeeAnne was an honorary chair and at the end she got up and talked about herself.” Brandi says “That’s really rude of her to do that.”

LeeAnne’s friend Marie is hosting the charity dinner for that night. LeeAnne is there taste testing the food and says “Do you know how long it’s been since I had garlic bread?” Everyone starts to arrive for the event. Stephanie says “For the past six years Brandi and I have been busy raising out children so we have been out of the charity social circle. What we have learned is that there are some amazingly giving women in this charity world.

LeeAnne gets everyone’s attention. Brandi says “LeeAnne has to be the loudest person in the room and get everyone’s attention.” Carey corners Stephanie and tells her “LeeAnne says that you two mimic us. I want to see it.” Stephanie says she won’t do it because “I don’t want to be the mean girl.” LeeAnne corners both Stephanie and Brandi and tells them “There are rules at a charity event and you have to stand a certain way. You need to respect your elders.” Stephanie calls LeeAnne out about her behavior at the AIDS charity event and tells her “I feel like there is a time and a place to share your story.”

LeeAnne is angry and upset. Brandi says “I feel sorry for you because we were at an event where people were talking about battling for their lives and you had to be the center of attention so you shared your life story.” LeeAnne sits back and looks at the two of them and tells them “So you thought I was pathetic and felt sorry for me because I shared my story? Meanwhile you drink, talk about farts and burps and mimic people. The only time I attack is when I feel I am being attacked.” Brandi asks her “Do you feel attacked now?” LeAnne says yes. She then tells them “I don’t go to these events to benefit me. I go because they help others. You two need help.” Stephanie and Brandi get up and leave and as they walk out the door Brandi says “I don’t ever want to do that again. She is so fake.”