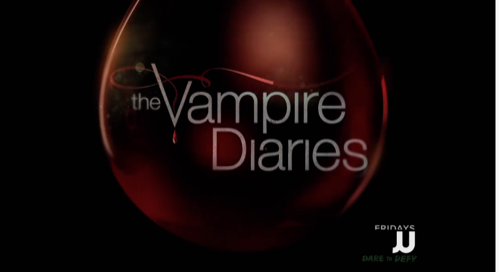 Tonight on the CW The Vampire Diaries starring Nina Dobrev, Ian Somerhalder and Paul Wesley continues with an all new Friday April 8 season 7 episode 17 called “I Went to the Woods,” and we have your weekly recap and spoilers below. On tonight’s episode, Stefan (Paul Wesley) faces a life-or-death situation with only his basic instincts to rely on and is forced to confront a lifetime of irreversible damage Damon (Ian Somerhalder) has done to their relationship.

On the last episode, Damon offered to have Stefan’s scar magically transferred to him but doing so brought unpleasant consequences. Did you watch the last episode? If you missed it, we recapped it all right here for you.

On tonight’s episode as per the CW synopsis, “Stefan faces a life-or-death situation with only his basic instincts to rely on and is forced to confront a lifetime of irreversible damage Damon has done to their relationship. Meanwhile, Damon follows an unusual lead he finds; Matt sends Valerie to Dallas to enlist Alaric’s help in the search for Stefan; and Rayna discovers a new threat and sets off on her own mission to find Stefan before the others do.”

You’re not going to want to miss any of the action tonight, so tune in at 8PM EST to the CW to catch the latest. We’ll be live recapping the season 7 episode 17 for you right here and in the meantime, hit up our comments section and tell us your thoughts on this new season!

Stefan woke up on tonight’s all new episode of “The Vampire Diaries” expecting a living hell however he was left surprised by how real hell turned out to be.

Apparently Rayna’s sword as well as the phoenix stone inside of it had been destroyed on last week’s episode after Nora and Mary Louise decided to sacrifice themselves with the sword between them and so Rayna ended up have some pretty surprising news for Stefan’s loved ones. It turns out he and the other souls that had been trapped inside of the stone had been released. Yet, there was one minor setback because all of the souls needed a body and so they latched on to whatever corpse they could find. And someone got to Stefan’s body long before he did.

So Stefan hadn’t actually woken up in hell, he literally woke up in someone else’s body. Namely a school bus driver that had been drinking on job and so he inadvertently caused a head on collision with another car that had left most of the victims dead at scene. And yet it still took Stefan some time to catch on to what really happened to him.

He thought that because he couldn’t save everyone that his hell was playing out to remind him that he wasn’t always a hero. And he also thought the police were accusing him of causing the accident because he’s had bad experiences with blood lust in the past, but slowly it did begin to dawn on him that he wasn’t in the Phoenix Stone when he was nearly arrested and saw his “face” in a rearview mirror. As it happens, Marty Hammond’s face was just the wakeup call he needed.

Though, in his confusion, Stefan chose to make a run of it rather than try to explain that he wasn’t in fact Marty and so he led the police on a manhunt with the snow storm of the century approaching. So it was bit of a rush to get to him before either the police or the snow storm could finish him off yet it took some forceful encouragement to get Rayna to cooperate. Rayna it seems hadn’t simply put her victims’ souls into the stone, she had also connected herself to each and every single one of them.

And therefore she heard their voices as well as getting visions of where they were. But, once Valerie had performed tracker spell to find Stefan and Stefan’s body using those visions, that’s when Rayna turned. Rayna apparently didn’t want to try and persevere anyone. She simply wanted to destroy the worst of the worst like she’s been doing for the last few centuries.

So Rayna knocked out Valerie and parted ways with her because she wanted to kill the vampire that now had a claim on Stefan’s body. However, Valerie still had Alaric and Damon. Alaric for all the noises he made about staying out of this had decided to help when he realized that Caroline would want him to. Only Damon on the other hand had wanted to help out of pure guilt.

Damon was supposed to be the one with the mark and again it should have been Damon that went into the stone in the first place. Yet, Damon had been selfish. Which was nothing unusual though this time Stefan finally thought his brother would do the right thing and so this latest betrayal was bound to be the hardest for them to overcome. Damon had claimed that he loved his brother enough to take on the mark and at the last second he changed his mind.

He had heard that he wouldn’t be around when Elena finally woke up and so he took the coward’s way out of his bargain with Stefan. And instead chose his paused relationship with Elena. A woman that has essentially been comatose for the last couple of years and that he had no idea how to wake up.

And so Valerie didn’t want Damon’s help. She thought he was callous and selfish and so she had pretty much tried to fence him on the mission to save Stefan. But when Alaric and Valerie got caught up in the snow storm, it had been Damon that reached out to Stefan and later rescued him from frostbite. So oddly Damon was the only one to come through on this one despite both Valerie and Alaric doing their best.

However, the one thing that could pull Valerie away from wanting to help Stefan was the problem they had with the vampire that had taken over his body. That vampire unfortunately had a reputation. It seems he had been a serial killer before he became a vampire and after he became a vampire he would then compel his victims to kill each other. And no one would believe those that survived even though it would be a group that would make it out of whatever sorority or fraternity party that the serial killer chose.