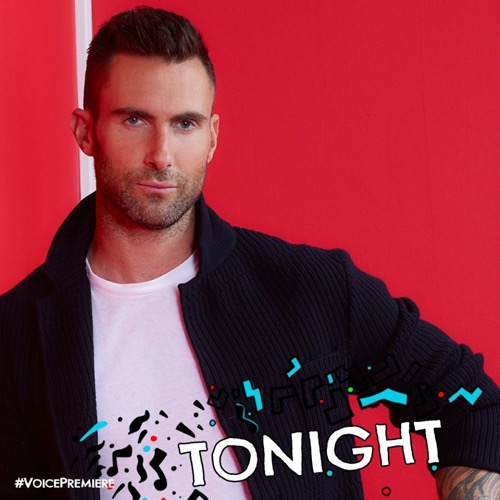 Tonight on NBC’s Emmy Award-winning musical competition The Voice airs with an all new Monday, September 19, 2016, season 11 premiere part 2 and we have your The Voice recap right below.  On tonight’s The Voice premiere part 2 the blind auditions continue.

Did you watch last season’s night’s episode where the Blind Auditions premiere and the show kicked off with alum coaches Adam Levine and Blake Shelton taking the stage, along with two new coaches, Alicia Keys and Miley Cyrus. If you missed it we have a full and detailed The Voice recap, right here for you!

On tonight’s season 11 premiere part 2 of The Voice as per the NBC synopsis, “The “blind auditions” continue as superstar coaches Miley Cyrus, Alicia Keys, Adam Levine and Blake Shelton all vie to discover and coach the next singing phenomenon from the country’s best vocalists.

#TheVoice has more blind auditions tonight. Alicia talks about how many artists they’ve landed compared to Adam and Blake. They joke around and then Sa’Rayah prepares to audition. She’s a single mom that leaves at home and talks about growing up in the projects.

Sa’Rayah sings Drown In My Own Tears. Miley is first to turn. Alicia isn’t too far behind. The guys didn’t even try for the soulful singer – guess they knew it was a waste of time. Miley makes a passionate speech about them winning The Voice together.

Alicia asks her about her passion and they have a good talk but, in the end, Miley walked away with Sa’Rayah and goes to hold and hug her daughter and family.

Ethan Tucker from Washington is next. We see him caregiving for his grandma as he talks about traveling to perform. He does Roxanne by the Police but with a reggae bent. That gets Adam’s attention right away. Blake looks confused by both.

Adam turns at the last second and Blake follows. Adam is glad that Ethan is not from anywhere near Blake. Alicia says she wanted to hear more range. Bake plays the Gwen Stefani card to try and sway him and it absolutely works – Ethan chooses a jubilant Blake.

That shocks the other judges. Blake goes up on stage and kisses him on the cheek several times. Adam is floored that he lost Ethan to Blake. Ethan says he thinks Blake will challenge him. Blake then goes to lurk in front of Adam and points and laughs in his face.

Disappointing audition and then a four-chair turn stunner

Katie Colisimo is next and she’s a dog groomer in Nashville. She sings Stone Cold. She seems pitchy and gets no chair turns. She looks crushed. Adam says her voice was a little over-emotional but she has a good voice. Miley says pitch problems.

Teenager Wė McDonald is up next and she talks about being bullied a lot in school. She sings Feeling Good. Wė has the voice of a baby and the voice of a full-on blues diva. Miley turns and Alicia and Blake follow soon. Adam turns too.

Blake says he’s jealous of her voice and says he would do anything to be her coach. Miley woos her. Adam lobbies hard for her too. He promises to throw her a party. Alicia says she came to the show to meet her. That does it. Wė chooses Alicia as her coach.

Adam fights to get his first artist of the night

Former special needs teacher Andrew DeMuro is next and he has his teacher parents there for his audition. He talks about getting to sing with Billy Joel and it fulfilled a dream. Andrew sings Billy Joel’s Vienna. He kills from the first note.

Adam turns and then Blake swoops in at the last moment. Adam woos him hard and says he has a lot of character and says he also loves Billy Joel. Blake then says they could win this and he’d shine a spotlight on him. Adam says that was good.

Adam calls Blake sexy. They volley back and forth and raise their hands to get teacher Andrew to call on them. Andrew goes with Adam and he’s so happy. Adam tells Blake he would have been crushed if Andrew didn’t pick him.

Adam takes a stand for an artist

Billy Gilman grew up around country had a Sony record deal when he was 10. He was the youngest kid to have a country top 40 hit and was Grammy nominated. He says puberty wrecked his voice. Billy sings When We’re Young. He hits a high note and Adam slaps his buzzer.

Miley follows. He ends up with four chairs as Blake and Alicia also turn in the last moments. The crowd goes wild. Blake says he recognizes him and says he remembers One Voice, Billy’s album. Adam stands the whole time.

He tells Miley he opened for her dad and she says let me take care of you. Adam says he was first to turn around and can’t sit down now. He says Billy has intangible qualities of a winner and won’t sit until he joins Team Adam. Billy chooses Adam – his big stand works.

Next is Nathalie Vincent who talks about her family history of sickle cell and how she lost her sister to the disease and how heartbreaking it was. Nathalie sings Hold Back the River and her voice is rich and has a Florence sound.

She had a great story but didn’t have any chairs turn. Adam and Miley run hug her when she gets teary about her shyness. Alicia says she’s proud of her and says she grew in the moment by being brave enough to come there and sing.

She gets a standing ovation but no chairs. Alicia says she hopes to see her blossom from here.

Next up is Sophia Urista who works at a NYC burlesque club. She sings and introduces the dancers. She was pre-med then opted for performing arts. Sophia sings the classic Come Together. Miley slaps her button first followed closely by Alicia as Sophia kills it.

Miley gets up to dance. Alicia stands too. The crowd digs her. Blake says her voice is intimidating. Alicia says they need to scare all the men in the world. Alicia says she heard Janice Joplin and Tina Turner together. Miley says that was a performance not just singing.

Sophia says she love Dolly Parton and Miley plays a video saying pick Miley, she’s my god-daughter. Blake says she played the Dolly card. Adam asks her to choose and Sophia goes with Miley – the Dolly card worked. Miley runs to hug her hard and says she’s out of this world.

Blake hassles Alicia and asks if she feels like a loser now.

NYC bartender Brendan Fletcher is next on the #VoicePremiere. He says the job gives him the freedom to find places to play. Brendan sings Jolene by Ray LaMontagne. Adam turns and then Alicia follows. Miley is next to turn. All but Blake turned their chairs.

Blake says he got lost in his voice and should have pushed his button. Alicia says they have a New York connection he can’t ignore. She says she can help him stay authentic and reach the pinnacle. Miley says she’s from Nashville and wants to win this with him.

Adam gets his turn and says his voice can win this and says it’s about connecting and making people feel something. Blake shushes the crowd and tells Brendan to pick. He thanks them all and then ponders and goes with Adam who is jubilant. He says his team is building strong.

Next up is Dan who is in his 50s and from Tennessee. He was in band and then branched over into jingles and did the Transformers song. His son had a painful illness as a child and he had to have a “real” job with insurance so he went into sales and then he was just 56 all of a sudden.

Dan sings Marry Me. He has a Dan Fogelberg-like voice (that’s an 80s reference…). It’s lovely. It’s pure and strong with a great falsetto. Blake finally turns and is surprised to see he landed the gray-haired artist. He goes to hug him. Blake says this is why he loves this show.

Adam says he thought hard about him and was asleep at the wheel. Blake says Adam screwed the pooch. Alicia asks for his story and then Miley says her dad stopped touring when she was born and family is important. Blake says his voice sounds so young to him and he loves that he’s picking up with him.

Miley runs to hug him too and says he’s an image on never giving up on your dream. Blake goes backstage with him to meet Dan’s wife Shari and says they’re going to make the other three coaches look stupid for not hitting their buttons.

Last of the night is Lauren Diaz who teaches music lesson in California. She’s a mom and a huge Alicia Keys fan and says she inspired her to play the piano and sing and even has Alicia Keys’ outfits. She was on America’s Most Talented Kids and sang an Alicia song. Jordin Spark was also on the show.

Lauren sings If I Ain’t Got You. Alicia slaps her button early on. Miley turns too. Alicia is on her feet grooving as she sings. She belts a huge note and Adam is stunned. Blake slaps his button too and gives her a standing O. Lauren is thrilled and in tears.

Alicia goes to hug her and Blake says no touching the artist. Miley yells at her to get back in her seat and Blake calls it a foul. Adam says that she sang an Alicia song and got a chair turn so it’s probably done for the others. Adam says then she got a hug and it’s over.

Blake says he will make an ass of himself to get her on his team. Miley says she can sing Alicia, then pick her, and stun everyone. Adam says it would be weird for her to pick Blake. He says he won’t accept it and Blake says she’s so talented and says it’s disrespectful to not hit their button.

Lauren can’t even cope when Alicia talks to her. Lauren says she’s going to throw up. Alicia calls it God-given talent and says they’re meant to be together and she won’t let her choose anyone else. Alicia says she has a son too and Miley says she has dogs and cats.

Alicia then sings to her and puts her name into the song. Lauren is ready to fall over as Alicia serenades her. The crowd digs it. Adam asks who she picks as her coach and Lauren laughs, rolls her eyes, and says her son wants her to pick Blake but she picks Alicia.

Alicia runs up to give her a big hug and tells her she’s so special. Alicia says she sang the song better than she did herself and that’s stunning. She goes back to meet her family. Lauren is over the moon. Lauren’s boyfriend drops to one knee and pulls out a ring backstage to propose.

Lauren says yes. Ryan says he’s excited for their future. Alicia is thrilled to be there for it and hugs her son too. They are all on #TeamAlicia.