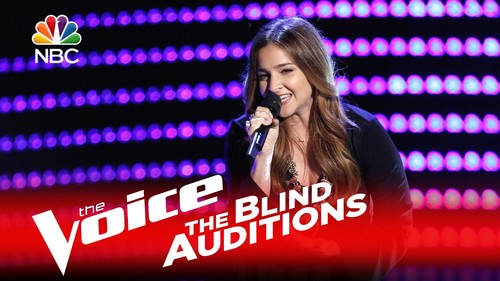 “The Voice” Season 2016 has tons of talent, as usual, but one contestant in particular, Alisan Porter, seems to have an advantage over her rivals. Alisan Porter has garnered what seems like more than her fair share of publicity that may propel her to victory ahead of equally worthy contestants in the competition.

There’s no denying that Alisan Porter has pipes and can sing, but is her presence throwing the normally nail-biting singing competition to a foregone conclusion? While it is compelling to watch her sing, it’ll be a bit dull if she sweeps it because she’s a media darling thanks to her child star past.

In March, E! Online did a feature on Porter about her life after “Curly Sue” and before The Voice Season 10. When they tweeted the story link, Twitter user SundayMorning tweeted “are you planning to give the other Voice contestants the same kind of coverage? Seems like someone has an unfair advantage…”

In reply to SundayMorning’s comment, SumasChill replied “exactly!! Let’s be fair!!” and OklahomaWeather added “seriously” but there was no reply from E! Online or The Voice about the big press that Alisan Porter is garnering that other contestants cannot access. 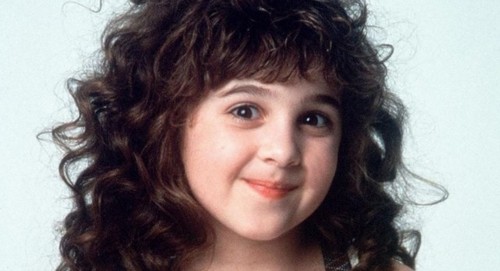 The bad thing for other contestants without a child star career and story of a touching comeback from addiction is that The Voice no doubt loves the press coverage for the Curly Sue alumni because it increases their ratings – even if it also gives Porter a leg up over her less-famous counterparts.

Wet Paint posted a piece on how The Voice contestants with a bit of past fame have endured far beyond what they might have otherwise. Tony Lucca from season 2 had a little slice of fame from Disney’s The Mickey Mouse Club and persisted til he took fourth place.

While there is no doubt that Alisan Porter has an amazing voice, she also walked into the competition with somewhat of a following. She runs a popular mama blog, counts Adam Lambert among her pals, and has performed onstage alongside both Lambert and Val Kilmer.

Plus there’s her Broadway career and associated fans, residual movie and TV fans, and those that will throw votes her way simply because of her past fame. If The Voice was decided solely by the judges and only with regard to merit, it wouldn’t matter so much.

But since the competition is decided, for the most part, by American’s votes, allowing those with past careers, or fame (even if it’s marginal, fleeting, or historical) to participate, it doesn’t seem fair to others participating on their merit alone with all their hopes and dreams on the line.

The Voice, American Idol, America’s Got Talent and all the shows of this ilk claim to be amateur singing competitions designed to offer a shot at a singing career for those who might not otherwise have ever been discovered.

But for those like Porter who had their shot at fame but blew it, couldn’t deal, walked away, or otherwise messed up, should they get a second chance at a once-in-a-lifetime opportunity? It’s not that Alisan Porter doesn’t deserve to chase her dreams.

But the point is, Porter has other avenues while the bulk of The Voice contestants do not. And her presence in the competition means that someone else missed out – a true amateur who has never had that “once” in a lifetime shot and won’t get it because Porter claimed it for herself. Is that fair?

What do you think fans of The Voice Season 10? Should the show ban contestants with fame already in the corner? Have you been voting for Alisan Porter to win Season 10 of The Voice? Do you agree that press coverage should be more fairly distributed or is this too much to ask for click-hungry media outlets?

Share your comments below on Season 10 of The Voice, whether you think Alisan Porter has a leg up on the competition, and if you think The Voice should more strictly limit contestants to ensure only true amateurs make the cut. Come back to CDL for The Voice Season 2016 news, song videos and live recaps!