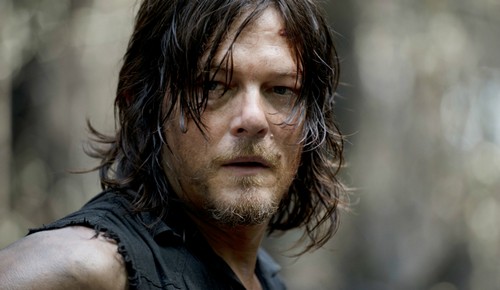 “The Walking Dead” Season 6 finale spoilers claim there will be major character deaths. The season 6 TWD finale is creeping up on us, along with the inevitable truth that Glenn Rhee (Steven Yeun) is likely a dead man. Most people know by now that in the graphic novels, Negan (Jeffrey Dean Morgan) takes Glenn out with his barbed-wire wrapped baseball bat Lucille.

But new spoilers hint that a brutal death at Negan’s hands may NOT be the fate awaiting Glenn. In fact, the means of his death may be less brutal, but far more disturbing. Scott Gimple has hinted that the TV show would veer away from the source material on Negan’s arrival.

One deciding factor in the manner of Glenn’s death is that the baseball bat beating may be too graphic for primetime TV. In the comics, even though it’s black and white, the beating scene is horrific and includes an out of the socket eyeball, brain matter showing, etc.

It’s horrific – even more disturbing than anything we’ve seen thus far on The Walking Dead. Showrunners may have chosen to make the death more emotionally disturbing than graphic. The most recent TWD spoilers hint that it could be Rick Grimes (Andrew Lincoln) that will kill Glenn.

This could be for a number of reasons. If Negan began beating Glenn with the bat, Rick could put his friend out of his misery thus denying Negan the satisfaction of delivering a punishing and prolonged TWD death scene with Glenn.

But other TWD spoilers hint that Rick may be forced to shoot Glenn because he’s given a choice of killing Glenn or another of the core group. Could Rick be given the choice between Glenn and Michonne (Danai Gurira)? Would Rick shoot Glenn to save his new honey?

Or could it be that Rick has to choose between Maggie Greene (Lauren Cohan) and Glenn? If that was the choice, Glenn would tell him to shoot him to save his wife and their unborn child. One alternate theory is that it could come down to Glenn or Carl Grimes (Chandler Riggs).

In the graphic novels, Carl stowed away on the RV on the gang’s first trip to Hilltop, but that didn’t happen on the show. However, the Negan reveal and interaction is supposedly set for the road to Hilltop with Negan and some of his Saviors stopping Rick and company on the road.

If Carl has stowed away on this journey, Rick could well take out Glenn to save his son. The bottom line is, no one thinks that Glenn will survive the Season 6 finale of “The Walking Dead.” But TWD spoilers also hint at another major character death.

At this point in the graphic novels, Abraham Ford (Michael Cudlitz) was also taken out via a crossbow arrow through his head thanks to a splinter group of Saviors lurking outside Alexandria. But some TWD spoilers have hinted it could be Daryl Dixon (Norman Reedus) that meets that end.

We have to remember that in terms of the source material – the graphic novels – Daryl is completely expendable since he’s not part of the original canon. However, fans have long threatened to riot if Daryl is taken out. There are even Hot Topic t-shirts devoted to this meme. 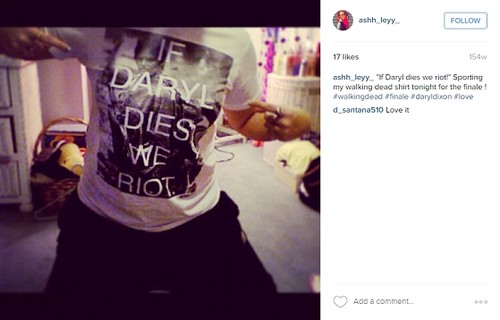 But AMC fans may have found a way to skirt the angry fan issue – Norman Reedus is getting his own AMC show. Ride with Norman Reedus will debut this year as a six part series of one hour episodes of Norman and a guest riding, exploring motorcycle culture, road tripping and more.

So what do you think fans of TWD? Have you reconciled yourself to the loss of Glenn? Will you be able to handle it if Rick is forced to kill his friend? Share your comments below and come back to CDL tonight and every Sunday for live recaps of “The Walking Dead.”