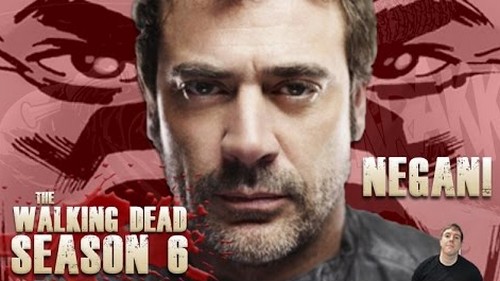 “The Walking Dead” Season 6 spoilers reveal that we’ve got at least one, but more likely two major character deaths from our core group of zombie apocalypse survivors and the TWD Season 6 finale episode is set to be the most violent and horrific yet.

If you thought the Governor incident and Hershel’s decapitated head were bad, just wait to see how The Walking Dead Season 6 winds up. There are three episodes left in the season – episode 14, 15 and 16. And it’s in the last episode, the season finale, that we’ll finally see Negan (Jeffrey Dean Morgan).

Unfortunately, Rick (Andrew Lincoln) thinks he killed Negan but all he did was air condition Primo’s head at the safe house that turned out to be very unsafe for the Saviors. In fact, the Saviors seem to have several bases of operation and then a HQ they call The Sanctuary.

Likely we won’t see The Sanctuary until Season 7 of TWD , but the finale will see Negan confront Rick and a splinter group of Alexandrians close to Hilltop. It’s what happens then that’s horrific and will see the end of Glenn (Steven Yeun) if spoilers are true.

What’s most telling about the drama of Negan’s appearance is Andrew Lincoln’s reaction to the finale script. He said in an interview, “I felt sick to my stomach when I read this script” and added that he woke up in the middle of the night “angry and frustrated.”

Lauren Cohan who plays Glenn’s wife Maggie said shooting the finale “was the hardest day on set I’ve ever had” and said “I didn’t want to go to work that day.” What else would be that hard to watch except for her on-screen hubby being bludgeoned to death?

We’ve already seen Glenn’s death foreshadowed via baseball bat at Terminus. Remember when they were lined up on their knees and one of the Termites threatened them with a bat and there was an uber-long pause behind Glenn? Shiver.

If the finale storyline goes like the comics, Negan will intercept part of the core gang near Hilltop and choose one person to kill in order to punish Rick for his attacks on The Saviors. It looks like Glenn gets the short straw – or perhaps he steps up to protect someone else.

Either way, The Walking Dead fans should brace themselves for Glenn’s demise. We already had to struggle once this season when we thought he died in a zombie pile-on only to find out he went dumpster delving to save himself.

Perhaps showrunners were trying to cushion the blow by having us mourn for Glenn only to bring him back only to kill him off even more brutally. That would be absolutely cruel and sounds exactly like something Scott Gimple and Greg Nicotero would do to fans!

What do you think fans of The Walking Dead? Are you prepared to see Glenn meet a sickening and violent end at the hands of Negan and his barbed wire bat Lucille? Or are you hoping they deviate from the books and leave Glenn alone?

Share your comments below and be sure to come back to CDL every Sunday night for live recaps of The Walking Dead and aftershow The Talking Dead.