The Walking Dead Renewed For Season 8 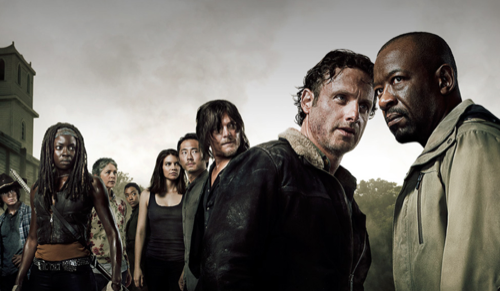 AMC’s The Walking Dead (TWD) has been renewed for an 8th season before the seventh season has even started. On October 18, 2016 AMC held a two-hour special called The Walking Dead: The Journey So Far. It gave a chance for fans of the show to relive all the vital moments in the series, as well as draw in new fans, who haven’t seen the show yet.

One week from tonight, The Walking Dead’s 7th season will begin, and fans cannot wait. There had been a lot of speculation about who died at the hands of Negan’s (Jeffrey Dean Morgan) barbed wire bat, he likes to call “Lucille”. The cast and crew have been tight-lipped about who the victim will be, which has made fans very excited for its return on Sunday, October 23rd.

Although this may be the most horrific death on the series thus far, fans can be sure TWD will not disappoint. Norman Reedus, who plays the character of Daryl Dixon, commented on the season 7 premiere, and he described it as “really, really heavy”, and there’s no doubt fans will be on the edge of their seats with dread and anticipation.

As reported by IMDB, The Walking Dead showrunners announced that not only has the show been picked up for another season, Season 8 will begin in late 2017 and the premiere will be the 100th episode of the series; let’s hope TWD will continue to entertain fans for at least another 100.

AMC’s The Walking Dead returns with the Season Seven Premiere on Sunday, October 23, 2016 at 9 p.m. ET. After the premiere, we would like to remind you that Chris Hardwick will be hosting The Talking Dead which will air directly after it. The talk-show will be live from the Hollywood Forever Cemetery and will air for 90 minutes, instead of the usual 60 minutes; be sure to tune in.