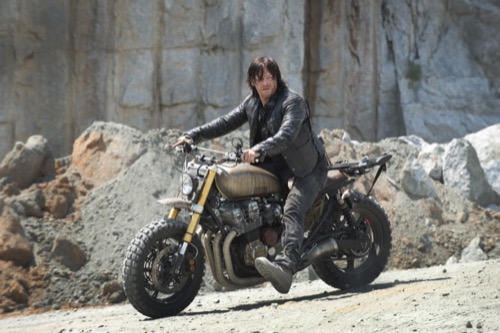 The Walking Dead Season 7 spoilers tease that not only will Daryl Dixon (Norman Reedus) survive the Negan (Jeffrey Dean Morgan) bat beating incident, but could also end up being Negan’s sidekick that helps run the brutal Savior organization.

TWD spoilers are leaking around the set as the show shoots in Atlanta and one big clue as to the events coming for Daryl is that Reedus has been seen shooting many scenes with Jeffrey Dean Morgan. Does that mean that Negan brings Daryl over to the dark side?

Other spoilers tease that when Negan leaves the scene in the woods, he’ll take Daryl hostage and carry him back to the Savior compound called The Sanctuary. From there, Negan will alternate punishing Daryl and trying to recruit him to be a Savior. 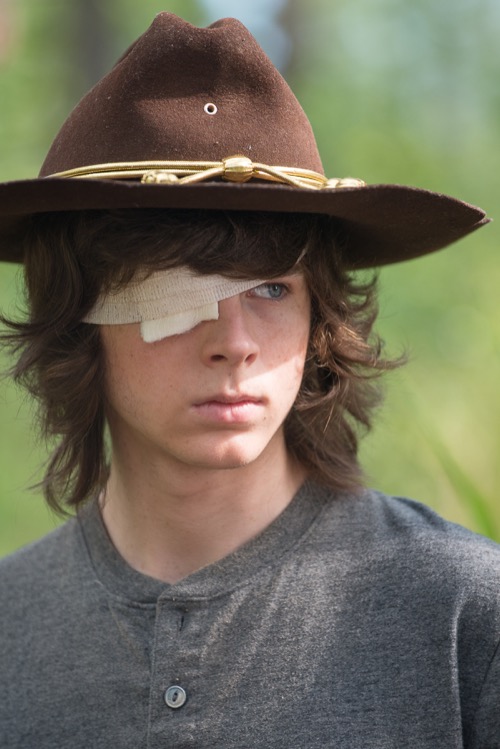 In the graphic novels, it’s Carl Grimes (Chandler Riggs) that has a strange and close relationship with Negan, but TWD showrunners have hinted that the plotline will be given to a different character – and now it seems it might be Daryl.

Chandler Riggs has a shorter shooting season because he attends public school in Georgia and can only shoot in the summer and on weekends, so it may have been a matter of logistics to develop this storyline for the character of Daryl instead.

Daryl is seen back at the Alexandria Safe Zone going house to house with Negan as he searches the compound. Norman Reedus’ costume has also changed drastically from Season 6 to Season 7. Daryl’s iconic vest and crossbow are gone.

Daryl’s stuff is in Dwight’s (Austin Amelio) hands as Dwight was shot riding the motorcycle and in Daryl’s gear. Other spoilers leaked from the shooting are that Daryl is forced to wear a uniform of sorts – it looks almost like prisoner garb. 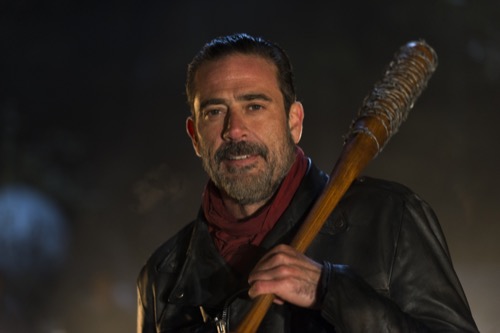 Negan will reportedly force Daryl to eat dog food sandwiches and try both punishments and camaraderie to swing him over to his side. Little does Negan know, Daryl grew up in a very rough background with brother Merle Dixon (Michael Rooker).

It seems like it might be a difficult task for Negan to break Daryl who has already survived so much. Also, if Daryl does sign on to be Negan’s right-hand man, is it for real or just Daryl playing Negan until he can find a way to take down the brutal bat-swinging villain?

Other The Walking Dead spoilers from the comic books reveal that, unlike The Governor, Negan is an enemy of Rick’s that will survive. In the books, Negan wound up imprisoned in the nice little jail cell that Morgan Jones (Lennie James) built.

No doubt, The Walking Dead Season 7 will bring some shockers and TWD fans can’t wait to find out who died at the hands of Negan’s bat Lucille. One actor that has NOT been seen much in Georgia during recent shooting is Steven Yeun who plays Glenn Rhee.

Since Negan killed Glenn in the comics and Steven Yeun has been seen in Asia shooting a new movie and NOT in Atlanta, it seems like a foregone conclusion that Glenn will be revealed as Negan’s victim as Season 7 kicks off but we’ll know for sure when the new season kicks off.

Share your comments below and be sure to check back with CDL often for all the latest The Walking Dead Season 7 spoilers.