BY Heather Hughes on June 16, 2016 | Comments: one comment
Related : Soap Opera, Spoiler, Television, The Young and the Restless 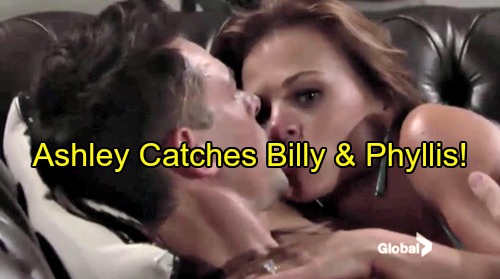 Lily will bring up Hilary’s blackmail spree and suggest that Devon needs to open his eyes.

Meanwhile, Hilary will blast Dr. Neville (Michael E. Knight) for his lack of progress. Ashley (Eileen Davidson) will insist that Hilary needs to show a little more respect. Dr. Neville is trying to save Hilary’s life. Ashley will want Hilary to back off.

That goes for both the lab and Jack.

Later, Devon will demand some answers from Hilary. He’ll ask about Hilary’s collapse and she’ll explain that she didn’t eat lunch. Jack will show up and support Hilary’s claims.

They’ll talk about business and Hilary will reach for a pen. As she starts to write, Hilary’s hand tremor will return. Jack will place his hand on Hilary’s to cover her shakiness.

Afterwards, Devon will wonder if there might be some truth to Lily’s accusations. He’ll point out that Jack and Hilary seem to have more than just a working relationship. Hilary will deny it and blame Lily for creating Devon’s doubts.

In reality, Jack and Hilary appear to be growing closer. By Monday, Jack will realize Hilary knows the identity of her abductor. He’ll ask who’s at fault for Hilary’s horrific ordeal.

At Billy’s (Jason Thompson) place, Phyllis (Gina Tognoni) will be torn about kicking off their weekend together. They’ll share a picnic in the living room and Billy will assure Phyllis that he wants this time with her.

Billy will like the idea of getting to know Phyllis a bit better and waking up next to her in the morning. 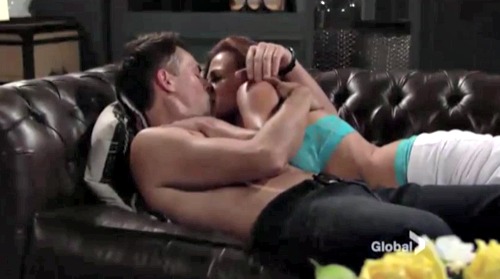 Y&R spoilers say Phyllis and Billy will share a kiss, which will surely lead to more. Unfortunately, they’ll have to scramble when Ashley drops by to see Billy in Monday’s episode. Until then, Ashley will speak with Jack about returning to Jabot.

He’ll want to clear a few things up first. Jack will ask for the real story behind Ashley’s bribery confession.

Nick will tell Sharon that he isn’t bothered by the news. He’ll think it’s good to move on.

In fact, Nick will attempt to move on as well. After a chat with Esther (Kate Linder), Nick will decide to let Constance’s (Sally Kellerman) body be exhumed again. He’ll call Dylan to give him updates on his decision.

Back home, Sharon and Dylan will walk in on Mariah’s discussion with Kevin (Greg Rikaart). After facing Kevin’s pressure, Mariah will agree to spill everything. Sharon will end up putting a stop to this admission, but can she silence Mariah indefinitely?

Stick with the CBS soap to watch Sharon and Mariah’s next round of conflict. Voice your opinion in the comments below and don’t forget to check CDL often for the latest Young and the Restless spoilers, updates and news.