The Young and the Restless (Y&R) Spoilers: Dylan Digs for Details on Sully’s Birth – Big Reveal Changes Everything for Adam 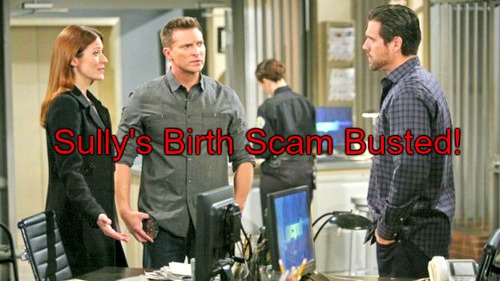 “The Young and the Restless” (Y&R) spoilers tease that we could see some storylines start to merge during February sweeps. Y&R viewers know that Adam (Justin Hartley) is being blackmailed into working with Victor (Eric Braeden). Chelsea (Melissa Claire Egan) isn’t happy about it and it will soon create even more tension.

Although their relationship will be strained, Adam might decide he should just ride this out. Chelsea tends to have these outbursts occasionally, but she always finds a way to forgive her love. Adam may believe a few arguments are better than divulging the truth about Christian.

Chelsea already seems a little concerned about Adam’s connection to Sage (Kelly Sullivan). What could happen when Chelsea learns they have a child together? We all know this secret will blow up Genoa City at some point. It’s just a matter of how it will get out.

Nick (Joshua Morrow) and Sage’s scheme will reveal Dr. Anderson’s (Elizabeth Bogush) ulterior motives in the near future. That might be step one of this process. Meanwhile, we’ll see suspicions emerge from Dylan (Steve Burton). Having a detective snooping around can’t be good news for Adam.

Sharon (Sharon Case) will recount the story of Sully’s birth, which isn’t much of a story at all. Sharon will likely acknowledge that she was pretty out of it and doesn’t remember the delivery. Dylan and Sharon were so caught up in the excitement that they completely ignored the bizarre circumstances surrounding Sully’s arrival.

Now that he’s coming down from his baby high, Dylan will sense that something doesn’t add up. “The Young and the Restless” spoilers say Dylan will resolve to get to the bottom of this situation. That may lead Sharon down a dark path. Once Dylan begins doubting the story and stirring up trouble, Sharon could go off the rails.

When we come to the end of this long and winding road, we might be dealing with two mothers fighting over one child. It’s possible that Sage will stumble across evidence that points to Dr. Anderson swiping Christian. Sage will probably look crazier than ever if she starts insisting that Christian isn’t really dead.

After Sage inevitably escapes or gets released, she might confront Sharon and demand a test to determine the infant’s parentage. Once the paternity results come back, Adam’s fate will be sealed. Stick with “The Young and the Restless” for updates on the shocking moments ahead.

So Y&R fans, what do you think about the baby drama coming up? Will Dylan, Nick and Sage all play a part in cracking the case? How will Chelsea react to this stunning disclosure?