‘The Young and The Restless’ Spoilers: Week of June 20 – Victor and Chloe Plant Evidence on Adam – Nikki Divorce Finalized 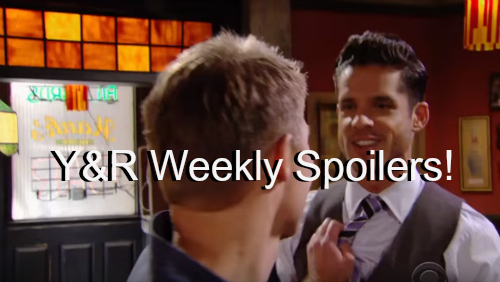 The Young and the Restless (Y&R) spoilers for this week’s episodes from Monday, June 20 to Friday, June 24 reveal that Sharon is coming apart at the seams, Victor delivers the killing blow against Adam, Hilary’s kidnapping secret is out, and violence ensues.

He tells her he doesn’t like Ashley Abbott (Eileen Davidson) taking the fall for her lab tech bribery and Hilary twists this in her favor and reveals the secret that his pal Neil Winters (Kristoff St John) kidnapped her and Jack is stunned.

Phyllis Abbott (Gina Tognoni) and Billy Abbott (Jason Thompson) are almost caught by Ashley but Phyllis hides away and eavesdrops as Billy tells Ashley that she should team up with Phyllis at Jabot. Later, Phyllis tells him that’s not a good idea. 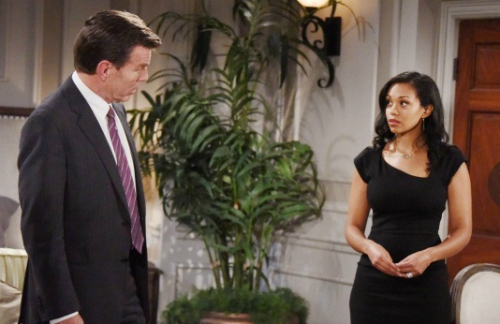 Ashley is worried about Simon Neville (Michael Knight) and then Hilary tells Neville that Ashley ran to Jack and spilled the beans. Neville admits to Devon Hamilton (Bryton James) that the drug might not be working and Hilary could relapse.

Travis wants to know why she’s with him. Later, Victoria trots Travis out again and they run into Billy. Initially, Billy doesn’t know that’s Victoria’s new sweetie but then Summer Newman (Hunter King) fills him in. Billy can’t help but be jealous.

Jack tells Ashley he can’t ignore what Neville and Neil did and wants to turn them in. Devon tells Lily Winters (Christel Khalil) they may all go to jail. Neil says the day of reckoning has arrived. Is this how Neville leaves Genoa City?

Nick Newman (Joshua Morrow) gets surprising advice. Billy and Phyllis talk about their future but Chelsea Newman (Melissa Egan) worries Adam Newman (Justin Hartley) doesn’t have a future thanks to the murder accusation.

Victoria has another crisis at Newman Enterprises she has to deal with and Summer questions the loyalty of her sweetie Luca Santori (Miles Villanueva). Later in the week, Luca and Travis come to blows when Luca drops by his bar. 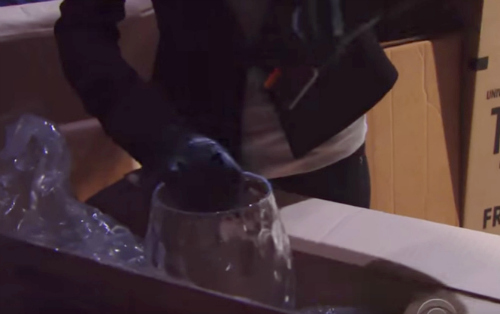 The Young and The Restless spoilers show that Victor Newman (Eric Braeden) meets with assumed co-conspirator Chloe Mitchell (Elizabeth Hendrickson) to make plans. She plants evidence in a storage locker that’s found by the cops by week’s end.

Victor gets another visitor. Nikki Newman (Melody Scott) drops by to tell Victor their divorce will be final soon. Nikki is looking for an excuse to call it off but he gives her none. Victor is furious when she accuses him of the oil rig accident.

Nikki tells him she’s wasted too many years on him. Victor says the family ruined the company when they sent him to prison. There’s an unexpected ending to the prison scene when Victor does something that stuns Nikki.

According to The Young and The Restless spoilers, this was improvised on the spot by Eric Braeden and took Melody Scott off guard. Paul Williams (Doug Davidson) comforts Nikki later and she opens up about the divorce and all of her regrets.

Kevin makes a shocking discovery late in the week and Dylan McAvoy (Steve Burton) breaks the bad news to Adam about the new evidence. Adam rages at Dylan and the beat cop because he knows this evidence was planted by his father.

Lots of hot summer action in the Y&R episodes the week of Monday, June 20 thru Friday, June 24. Watch then check back with CDL every day for more The Young and The Restless spoilers and news.