‘The Young and the Restless’ Spoilers: Adam Onto Victor’s Accomplice, Chelsea Asks Chloe and Bella To Move In – Phyllis Slaps Billy 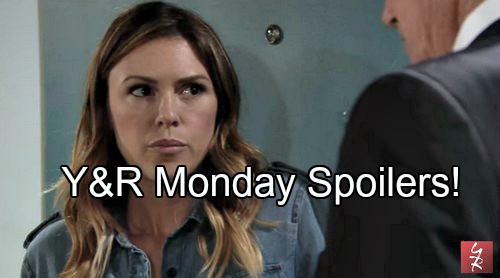 The Young and the Restless (Y&R) spoilers for Monday, August 1, tease that Jill (Jess Walton) will push Victoria (Amelia Heinle) to accept her offer. She’ll insist that Brash and Sassy needs Victoria’s touch. Victoria will decide to pay Victor (Eric Braeden) a visit in hopes that he’ll want her to stay at Newman. Instead, Victor will urge Victoria to accept Jill’s opportunity.

Meanwhile, Phyllis (Gina Tognoni) will pull away from Billy’s (Jason Thompson) kiss. She’ll deliver a slap and remind him that she’s back together with Jack (Peter Bergman). Phyllis will make it clear that they’re over and she doesn’t love Billy. Naturally, he won’t seem convinced.

Later, Jill will spot Billy sulking at the athletic club. She’ll notice a mark on Billy’s face. As Billy downs a drink, Jill will snap at him. She’ll think he needs to start acting like the respectable Abbott that he is.

Jill will show up at Jabot to give Phyllis a piece of her mind. She’ll insist that Billy needs to reunite with Victoria. Phyllis will contend that she slapped Billy over his advances. However, she won’t think Jill can force Billy to love his ex. 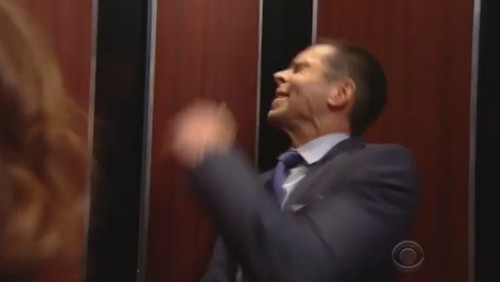 When pressed, Phyllis will confess that she still loves Jack. That will satisfy Jill. She’ll argue that she’s perfectly capable of handling this. At Billy’s place, Jack will offer his brother a seat on the foundation board. Once Billy hears that Phyllis is also on the board, he’ll accept the spot.

Other Young and the Restless spoilers say Chelsea (Melissa Claire Egan) will give Adam (Justin Hartley) the news that Chloe (Elizabeth Hendrickson) is back in Genoa City. It will suddenly hit Adam that Chloe must be Victor’s accomplice. He’ll hear about Chloe’s new daughter and suggest that Chelsea could use their friendship to her advantage.

Adam will urge Chelsea to play Chloe in an attempt to get more information. He’ll think Chelsea could get Chloe to admit she teamed up with Victor. Chelsea will go along with Adam’s plan. She’ll promise not to tell Michael (Christian LeBlanc) what she’s up to.

Y&R spoilers reveal that Victor will face off with Chloe in her hotel room. He’ll remind her that she’s playing a dangerous game by refusing to hand over the journal entries. Victor will feel confident that Chloe didn’t burn them.

When Victor says their plot wasn’t supposed to go this far, Chloe calls Victor out for his hypocrisy. He pretends to be a loving family man, but he’s really a scheming criminal. Once Victor leaves, Chelsea will arrive with a surprising proposal. She’ll want Chloe and Bella (Cali May Kinder) to move in with her.

Chloe won’t agree to the idea at first, but Chelsea will suggest that she can throw in a job as well. Later, Chloe will bring her belongings to the penthouse. Chelsea will be excited for Bella to meet Connor (Gunner and Ryder Gadbois). Chloe will thank Chelsea for giving her this new beginning. It’s exactly what Chloe wanted.

It sounds like Chloe is already falling for Chelsea’s scam. Can Chelsea pull off Adam’s plan or will Chloe catch on? Stick with the CBS soap for updates on what’s in store.