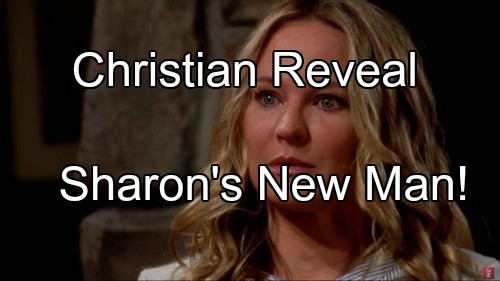 The Young and the Restless (Y&R) Spoilers tease that the upcoming Christian reveal will force at least one relationship adjustment. Christian’s biological father isn’t Nick (Joshua Morrow), as Sharon (Sharon Case) and Sage (Kelly Sullivan) believed. Instead, it’s Adam (Justin Hartley), as he and his current wife, Chelsea (Melissa Claire Egan) know. There are many areas to be explored regarding the secrets that are being maintained on CBS’ iconic soap. So, it’s time to confront them.

Christian’s story is particularly complicated. The Young and the Restless spoilers remind us that a vengeful doctor (Sandy Anderson, played by Elizabeth Bogush) coerced a nurse to help her kidnap Sage’s baby and give him to Sharon, who was intentionally drugged out of her mind while at Fairview. Sandy held a few decade grudge against Nick because she broke her neck at the Newman Ranch swimming pool back when they were in high school.

That incident had never been shown to the viewers, but was invented to push a portion of the modern scrip in a new direction.

Believing that she was pregnant and had delivered a baby, Sharon and Dylan (Steve Burton) named him Sully in honor of Dylan’s fallen army buddy. However, memories of her faux delivery later returned, which made Sharon pay for a clandestine paternity test. She used Nick’s unauthorized DNA sample to apparently confirm that he was Christian’s father, as readers of The Young and the Restless spoilers know.

Sharon can’t be blamed for not knowing that Sage and Adam had been momentarily ‘involved’. However, that fact enabled the test results to appear to confirm Nick’s status because he and Adam share the same biological father.

Sage learned that Sully was Christian and confronted Sharon. However, after doing so, she left Sharon’s home and died due to injuries suffered in a car crash, which Sharon witnessed. Y&R episodes show us that Sharon’s guilty conscience then conjured Sage back to life. Sage’s seeming ghost forcefully urged her to tell Nick the truth.

Sharon has done a decent job of hiding this explosive truth. But, whenever reality is revealed her marriage to Dylan will likely be over. Thus, the end of ‘Shylan’ nears. If no other woman has come into Nick’s life, it will then become possible for ‘Shick’ to reunite.

That assumes Nick can forgive Sharon for not telling him that Christian was alive, even though he’s not his son. Again, Baldwin could argue that the withholding of that information wasn’t actually a lie.

Of course there have been recent Y&R spoilers that Nick could wind up with Chelsea (Melissa Claire Egan) after the Christian reveal. The motivation behind these spoilers is twofold: 1) Justin Hartley’s expected hiatus or permanent departure from Y&R; 2) the fact that Adam faces a 30-year prison sentence and is the father of Christian.