‘The Young and the Restless’ Spoilers: Does Kevin Belong with Chloe, Natalie or Mariah? 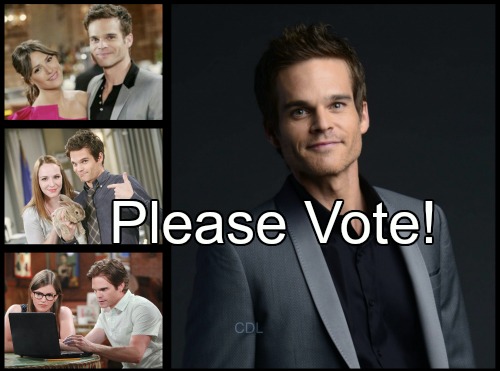 The Young and the Restless (Y&R) spoilers tease that Kevin (Greg Rikaart) may have to face the facts. Dylan (Steve Burton) has a hunch that Chloe (Elizabeth Hendrickson) is the mystery woman they’ve been looking for. Kevin has been too blinded by love to see the truth.

Once Kevin realizes that Chloe is deeply disturbed, he still may want a future with her. Kevin has always felt the need to save Chloe from herself. For now, Kevin is just battling old feelings. As soon as he saw Chloe, Kevin wanted to recapture what they’d lost.

If Chloe feels like Kevin is starting to suspect something, she might even lead him on. Regardless, these two have a history together and some Young and the Restless fans might believe they’re soul mates. Of course, we can’t forget about Kevin’s other love interests either. He has women falling all over him these days.

Kevin dropped Natalie (Mara McCaffray) like a hot potato when Chloe reentered the picture. Before Chloe’s return, Y&R even pointed out the similarities between Chloe and Natalie. Kevin noted that Natalie reminded him of Chloe in some ways.

Natalie was also initially suspected of being Victor’s (Eric Braeden) accomplice. Since we know Chloe is actually the mystery woman, that’s just another parallel. In other words, Kevin may have been using Natalie as a stand-in for Chloe. He needed to fill the void in his heart.

Perhaps Kevin has been dealing with some unresolved issues related to Chloe. That might be why he’s fixating on her now. Then again, it’s possible that Kevin developed true feelings for Natalie. He may be throwing away a good thing while he’s chasing a dream.

Finally, we have to consider Mariah (Camryn Grimes). She has a unique relationship with Kevin and their bond is still quite strong. Sparks didn’t exactly fly in the bedroom, but maybe that was because of their rich friendship. It can be tough to make that jump from pals to lovers.

It probably wasn’t wise to give up before they had a chance to see where things would lead. Real passion might have been just around the corner. Mariah has certainly been pining for Kevin since they split. Unfortunately, Kevin never seems to be very in tune with Mariah’s feelings.

It was like Kevin just turned off the romance switch the second they broke up. Love doesn’t work that way for Mariah. She never really let go of Kevin. Mariah wants Kevin to wake up and realize that he needs someone who can love him back. Kevin may not get that with Chloe. He’ll be left to pine like Mariah.

Kevin has connected with each of these women on some level, but which one does he truly belong with? Cast your vote for Chloe, Natalie or Mariah in our Young and the Restless poll. We’ll give you updates as more news emerges on Kevin’s prospects. Stick with Y&R and don’t forget to check CDL often for the latest Young and the Restless spoilers, updates and news.