‘The Young and the Restless’ Spoilers: Dylan and Nick’s Baby Battle – Mariah Crumbles In Fear – Chloe Has a Close Call 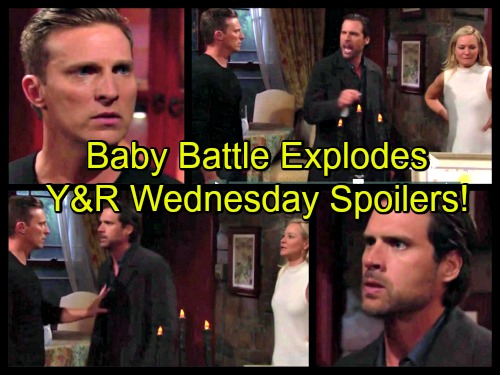 The Young and the Restless (Y&R) spoilers for Wednesday, November 2, tease that Sharon (Sharon Case) will make a full confession to Dylan (Steve Burton). She’ll talk about her miscarriage and how Dr. Anderson (Elizabeth Bogush) convinced her she was pregnant again. Sharon will admit that she was actually given Nick’s (Joshua Morrow) child.

Dylan will realize why Patty (Stacy Haiduk) has been meddling. Once everything clicks, Dylan will plead with Sharon to tell him she just learned the truth. Sharon will be forced to confess that she knew before Sage’s (Kelly Sullivan) death. Sage crashed as she raced to tell Nick their son was alive.

Dylan will rip into Sharon for watching Nick suffer in silence. Sharon will hate that Nick was in pain, but she didn’t want to take Dylan’s son away from him. Mariah (Camryn Grimes) will arrive and hear that the secret is out. Dylan will guess that Mariah knew, but he won’t blame her.

Instead, Dylan will contend that Sharon is responsible for letting Mariah take part in her scheme. He’ll head up to the nursery to see the baby. Meanwhile, Nick will tell Chelsea (Melissa Claire Egan) about Sharon’s confirmation. He’ll worry that Dylan could try to bolt with Christian. When Nick can’t get Sharon on the phone, he’ll head back over. 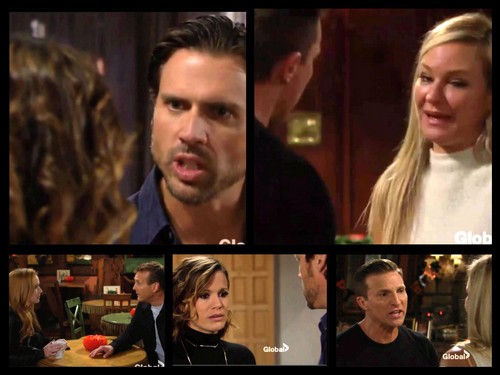 Sharon will join Dylan in the nursery as she tries to get through to him. She’ll suggest that they need to fight for Sully. They’re the only parents the boy has ever known. Dylan will send Sharon out and she’ll meet Nick at the door.

Nick will announce that he’s taking his son back tonight, but Dylan will emerge to tell him he most certainly isn’t. It looks like a battle is brewing between these dads. The Young and the Restless spoilers hint that things could get ugly.

Elsewhere, Chloe (Elizabeth Hendrickson) will tell Kevin (Greg Rikaart) that she wishes Chelsea would move on with someone new. She’ll state that it was the “whole reason for…” Kevin will wonder what Chloe was going to say, but she’ll shift gears. When Kevin asks Chloe to move in, she’ll pass for now. 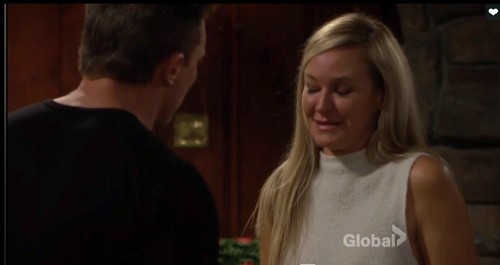 At Patty’s facility, she’ll hallucinate that Dr. Anderson is still out to get her. During a chat with her doctor, Paul (Doug Davidson) will learn that Patty claims she killed Dr. Anderson in self-defense. He’ll think his sis is just off her rocker.

In her room, Paul will find Patty trembling from her visions. She’ll note that Dr. Anderson is still trying to harm her. Paul will remind Patty that the doc is dead. Patty will suggest that’s because Dr. Anderson came after her. She didn’t want the secret to get out.

Paul will want to know what Patty is talking about, but she’ll simply suggest that Dylan is going to need his father. Later, Paul will seek answers from Mariah. She’ll insist that she can’t reveal anything yet. Mariah will want Paul to give Dylan and Sharon some space. They need time alone to work through their crisis. 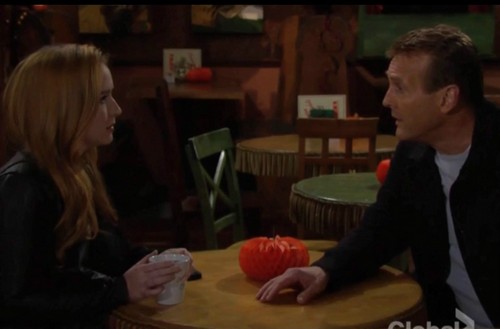 Mariah will text Kevin and he’ll meet her at Crimson Lights. She’ll admit that she could be in deep trouble. Mariah will tearfully tell Kevin that everything is about to change. Y&R viewers will be anxious to see the continued fallout of this secret. Stay tuned for updates as the news starts to spread.

At this point Patty’s phone privileges should be revoked! #YR pic.twitter.com/UhnWWtYr9x