‘The Young and the Restless’ Spoilers: Ian Ready to Kill Nikki, Calls Victor – The Moustache Stunned by Outrageous Demands 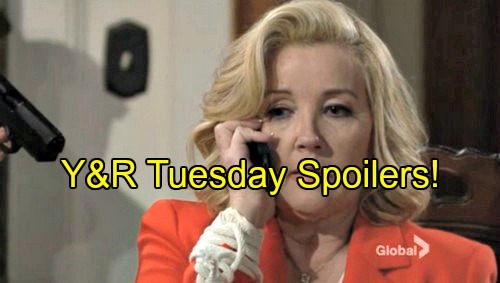 The Young and the Restless (Y&R) spoilers for Tuesday, July 5, tease that Dylan (Steve Burton) will worry about Nikki’s (Melody Thomas Scott) fate. He knows that Ian Ward (Ray Wise) is capable of a million different plots.

There’s no limit to Ian’s imagination when it comes to creating evil mayhem.

Dylan will become discouraged when none of the police department’s tips prove to be of any use. He’ll take out his frustration on Paul (Doug Davidson) as they work to find Nikki before it’s too late. Dylan will suggest that they’re wasting time. They’re chasing down worthless leads while Nikki’s life is at stake.

Paul will understand that Dylan is upset, but he’ll urge him to calm down and focus on the task at hand. Everyone needs to stay cool if they hope to pull this off. Speaking of staying cool, that’s exactly what Nikki will try to do when Ian barks some frightening threats. She’ll fear Ian could kill her right then and there. 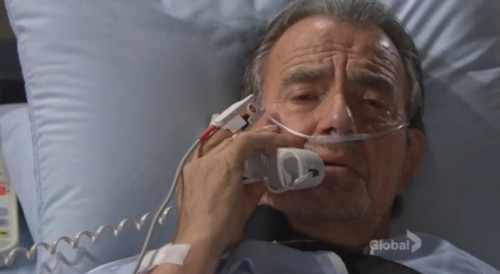 In fact, Y&R spoilers say Ian will contemplate pumping a few bullets in Nikki. He’ll realize that all of Genoa City will be on the hunt for Victor’s (Eric Braeden) former flame. Ian has no problem taking his turn in the spotlight, but he’ll start to think Nikki is putting his overall scheme at risk.

Fortunately, Ian needs Nikki to some extent. He’ll have to keep her around for at least a little while longer. Ian has some demands and he intends on getting them fulfilled through Victor.

The Young and the Restless spoilers reveal that Ian will give Nikki strict orders to contact her ex and give him updates on his next move. 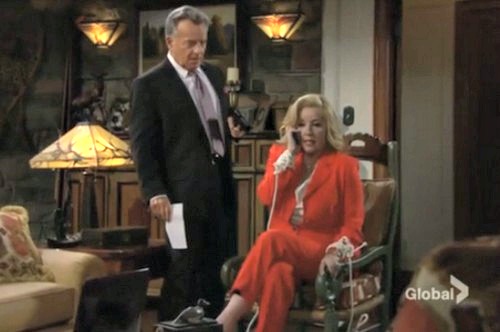 As Ian aims his gun toward Nikki’s head, she’ll call Victor and tell him to do exactly as she says. Victor will be in his hospital bed when he gets the news. The Moustache will hate the idea of his enemy controlling this situation. Victor always likes to be the one calling the shots.

Although Nikki and Victor aren’t on the best of terms, there’s still a great deal of love between them. Victor will likely be willing to do anything to get Nikki out of this alive. Perhaps the whole ordeal could help them remember how much they mean to each other.

Of course, Victor and Nikki may not be willing to patch things up right away. It’s going to take some time before these two can truly get to a better place. Nevertheless, a traumatic experience like this could bring them closer to reconciliation.

Meanwhile, The Young and the Restless spoilers say Jack (Peter Bergman) will have Phyllis (Gina Tognoni) on his mind. He’ll be surprised that his wife still hasn’t been in touch with him. As Billy (Jason Thompson) listens, Jack will state that he’s going back to the cabin.

He’ll want to see what the holdup is.

Maybe Jack will fear that Phyllis just doesn’t want to see him. Their romance hasn’t really been worth rushing home for lately. Jack will consider returning to Phyllis, but will he actually make the journey?

If the cops learn Phyllis and Nikki’s location, they may try to keep Jack away. The police will obviously want to handle this without interference.

It sounds like this we’re in for another exciting episode. Y&R has been delivering some fantastic drama. Stay tuned and don’t forget to check CDL often for the latest Young and the Restless spoilers, updates and news.