The Young and the Restless Spoilers: Is Summer Truly Pregnant – Suca Baby a Catastrophe or Celebration? 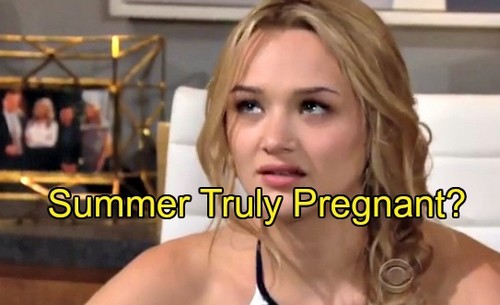 Followers of The Young and the Restless (Y&R) Spoilers are wondering what the fallout will be if Summer (Hunter King) is truly pregnant? She’s shared that speculation with her boyfriend Luca (Miles Gaston Villaneuva) in the week of August 1 promo video. If this possibility proves true, it could spark a catastrophe, or a celebration.

The Young and the Restless spoilers have shown that Summer’s romantic choices haven’t always been wise, but matters of the heart aren’t supposed to be based purely in logic on the soaps, or in real life. However, her feelings for Austin (Matthew Atkinson) proved to be dangerous. Summer had no idea that her eventual husband wanted to manipulate his connection with her to target Avery (Jessica Collins) and the Newman family. 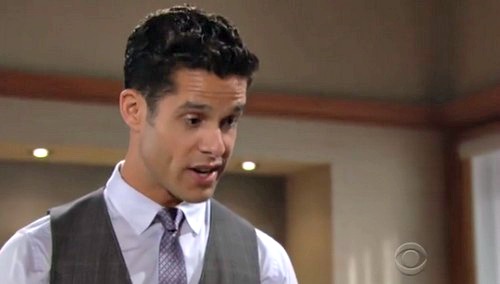 At first, Luca’s motives didn’t pass the smell test either. But, Summer ended her relationship with Kyle (Lachlan Buchanan) shortly after the Santori emissary caught her eye.

Victor (Eric Braeden) reached out to the Santori family when Newman Enterprises was facing a cash crisis. Luca came to Genoa City to oversee Santori business interests. A need to prove himself to his father appeared to motivate most of his initial actions, but Luca did admit his hidden agenda to Summer within the last few weeks. Plus, as Y&R fans have seen, it does seem like he developed real feelings for the proposed mother of his potential second child.

It would be a catastrophe for Summer if Luca is still lying and merely wanted to gain a permanent foothold in her family’s company, along with a Newman heir. Beyond sincere joy that everyone would immediately offer to Suca’s baby, a celebration would slowly ensue if Luca’s intentions toward Summer proved to be true. Hopefully, love proves to override business feelings in this instance.