‘The Young and the Restless’ Spoilers: Jack Rages at Billy, Brother Battle Heats Up – Sharon and Nick’s Awkward Encounter

BY Heather Hughes on October 14, 2016 | Comments: one comment
Related : Soap Opera, Spoiler, Television, The Young and the Restless 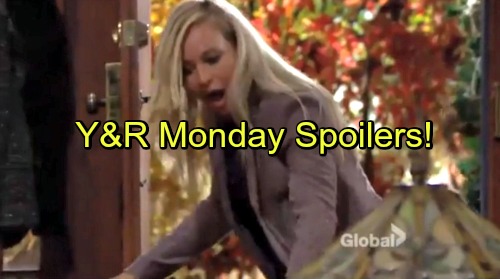 The Young and the Restless (Y&R) spoilers for Monday, October 17, tease that Sharon (Sharon Case) will inadvertently cause some embarrassment for Nick (Joshua Morrow). She’ll come through the door carrying a pile of large boxes. Unfortunately, Nick will have just stepped out of the shower.

Nick will try to help anyway, but Sharon will lose her grip and hurl the packages in his direction. The collision will leave Nick on the floor wearing only a towel. Kevin (Greg Rikaart) and Mariah (Camryn Grimes) will walk in just in time to witness Nick in this tricky position. They’ll undoubtedly share a laugh at his expense.

Sharon will apologize, but Nick will tell her not to sweat it. A cute moment like this could actually help Nick and Sharon bond. Y&R probably wants to bring these two closer as we approach the Sully reveal. 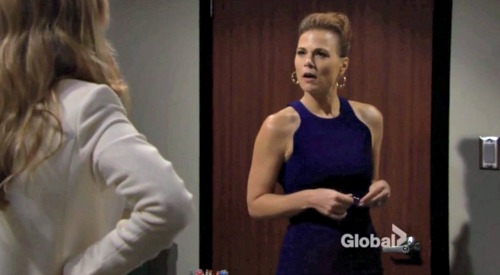 It’s a good idea to rev up their connection so the fallout will be even more crushing. Sharon is someone that Nick trusts and will always love. This betrayal is sure to hit him hard down the road.

In the meantime, the issue of loyalty will definitely be on Jack’s (Peter Bergman) mind. Phyllis (Gina Tognoni) apparently has a real problem. She can’t seem to stop doing shady things behind Jack’s back. Phyllis cheated on Jack with Billy (Jason Thompson) and she’s been spying on his latest revenge plot.

It’s clear that Phyllis isn’t exactly trustworthy. Jack may hesitate to let Phyllis assist in taking Victor (Eric Braeden) down. Ashley will certainly have some concerns about Phyllis getting involved. 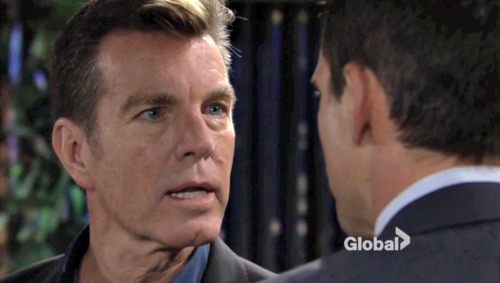 No matter what Jack decides, Phyllis will likely do whatever she wants anyway. It appears Ashley will realize that. She’ll tell Phyllis that she can stick around and work with Jack. However, Ashley will insist that she’s going to be watching Phyllis every step of the way.

Phyllis wants to reunite with Jack, but what happens if he tries to hurt Billy? Phyllis has no qualms about destroying Victor, but it might be hard to devastate her former lover (again). Nevertheless, desperate times call for desperate measures. It’s not a stretch to think that Phyllis would turn on Billy if it meant winning Jack over.

Regardless, Jack intends on delivering some tough blows to Brash and Sassy. We don’t know when the first one will strike, but major tension is coming up in Monday’s episode. The Young and the Restless spoilers say Jack will angrily shout that Billy should get out of his office.

Jack is going to be fired up for vengeance by the time this clashing session wraps up. Billy will get Phyllis riled on Tuesday as well. He seems to have a knack for inciting rage from anyone and everyone. Billy knows all the right buttons to push.

#Retweet if u believe a woman’s independence, beauty, strength and sensuality should be celebrated! pic.twitter.com/MmHCCqTZ8H