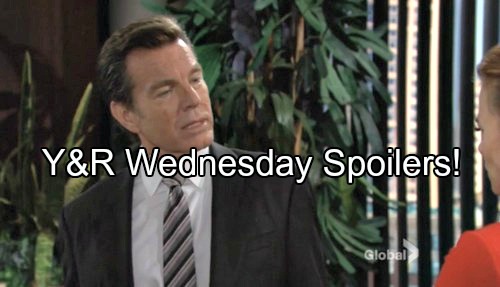 The Young and the Restless (Y&R) spoilers for Wednesday’s episode, July 20, tease that Summer (Hunter King) will gain clarity about the situation with Luca (Miles Gaston Villanueva). At Crimson Lights, Summer will tell Nick (Joshua Morrow) that Luca was just after Victoria’s (Amelia Heinle) job. She’ll state that Luca is a user and she’s done being used.

At Newman Enterprises, Luca will approach Victoria and offer to back off. He’ll want Summer to have her shot at Newman. Luca will insist that he’s willing to step away from the company for Summer’s sake. He’ll hope that Summer can return to her position if he’s out of the picture.

Later, Victoria will tell Nick that Luca seems to have fallen for Summer. She’ll admit that she’s struggling with her own love life. Travis (Michael Roark) left town and that news has been hard for Victoria to accept.

At The Dive Bar, Luca will admit that he was originally interested in Summer because she was his ticket to the top. However, Luca will claim that doesn’t matter now. He truly wants to be with Summer. She won’t care about what she assumes is a fake epiphany. Summer will point out that she already played Luca. 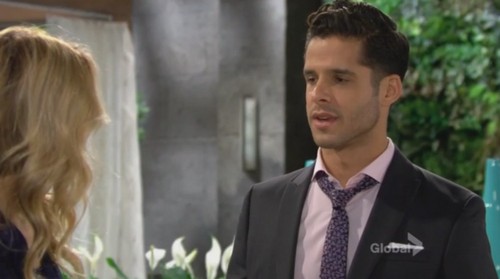 Luca will be impressed by Summer’s sneakiness. He’ll believe Newman was what caused their problems, but there’s an easy solution. Luca will offer to take a step back from the company so they can have a second chance. Summer will refuse to trust Luca again, but he’ll want her to think it over.

By Thursday, Luca will tell Summer that she’s entitled to her birthright as a Newman. He’ll inform Summer that he’s come to say goodbye. Is this really the end? Stay tuned to The Young and the Restless to find out.

In the meantime, Jack (Peter Bergman) will stop by Billy’s (Jason Thompson) place and announce that Phyllis (Gina Tognoni) moved out. Billy will think it’s best for Phyllis to have some time to herself. Jack will fear that a divorce could be coming, but he’ll trust Billy’s judgment.

A short time later, Jack will meet up with Ashley (Eileen Davidson) and she’ll disagree with Billy’s opinion. She’ll think therapy sounds like a better idea than space. In Phyllis’ suite, Billy will ask if she’s made her decision. He’ll mention that Jack is concerned about getting divorced. Billy will plant a kiss on Phyllis as Jack starts knocking on the door.

Once Billy hides, Phyllis will let Jack in and assure him that their fate isn’t sealed. She won’t want Jack to worry about a divorce right now. After Jack exits, Billy will come out and learn that the divorce comments were aimed at him.

Phyllis will want Billy to know that she’s not sure her marriage is over yet. Billy will head home and Victoria will arrive on the warpath. She’ll wave around a press release as Billy looks on in shock. Brash and Sassy has been sold! Billy will insist he had no knowledge of any transaction.

We’ll soon hear that Jill (Jess Walton) purchased the company and has plans to get Cane (Daniel Goddard) involved. Billy and Cane will end up throwing some punches in Thursday’s Y&R episode. Jill will likely have to calm these two down at some point. 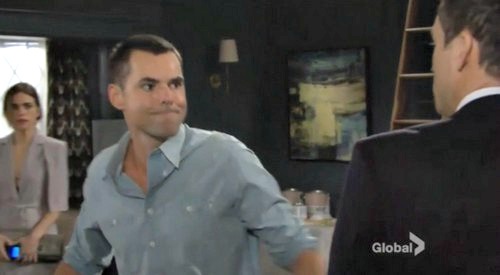 Meanwhile, Abby (Melissa Ordway) and Stitch (Sean Carrigan) will heat things up in the bedroom. They’ll reconnect, but Abby will kill the mood by mentioning the idea of having another baby. A freaked out Stitch will claim he has an appointment to get to. In reality, Stitch will just feel the need to be alone with his thoughts.

Back with Jack, he’ll get updates on a stunning piece of information. Jack will learn that Phyllis never flew anywhere on the company plane. He’ll realize that Phyllis wasn’t at the Passkey conference like she said she was.

Jack will soon confront Phyllis about what he discovered. Will Phyllis manage to cover her blunder or will Jack’s suspicions remain? Stick with the CBS soap to see where this storyline will go from here.