‘The Young and the Restless’ Spoilers: Nikki Rips Up Divorce Papers – Phyllis Explodes Over Newman Family Plan to Free Victor 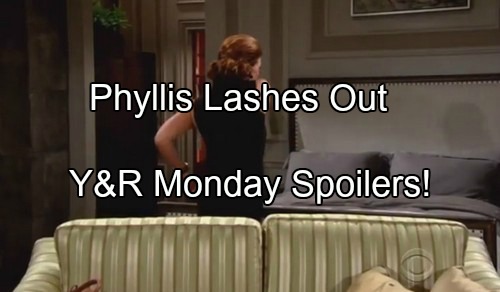 The Young and the Restless (Y&R) spoilers for Monday, July 11, tease that Adam (Justin Hartley) won’t accept Victor’s (Eric Braeden) offer. At the hospital, Adam will insist that they don’t have a deal. Victor won’t pay much attention to Adam’s rejection.

He’ll be certain that Adam will come around on the idea.

Adam will return home to fill Chelsea (Melissa Claire Egan) in on the conversation. He’ll confess that he could be exonerated if he goes to back to Newman. Chelsea will suggest that working with Victor might be better than sitting in prison. Adam won’t approve of either option.

He can never seem to be free of his father’s grasp.

Later, Y&R spoilers say Michael (Christian LeBlanc) will hear about Victor’s recent admission. Sage’s (Kelly Sullivan) real journal entries are supposedly still out there. Adam and Chelsea will want to find them without Victor’s help, but Michael will insist that they won’t have time before the trial resumes.

Elsewhere, Nikki (Melody Thomas Scott) will inform Victoria (Amelia Heinle) that she’s working things out with Victor. Victoria won’t mind as long as Nikki is happy. Nikki will suggest that Victor’s suffering needs to end. If they all stand up for him, his sentence could be reduced during his appeal.

Victoria will point out that Phyllis (Gina Tognoni) is going to fight them on this. Nikki will urge Victoria to nudge her in the right direction. In Jack’s (Peter Bergman) office, he’ll try to get frisky with Phyllis. Victoria will arrive and shut down Jack’s attempt at a workplace romp.

When Victoria provides updates on the Newmans’ plan to free Victor, Phyllis will hit the roof. She’ll declare that she can’t forgive Victor and she’ll never support a move that would help him gain his freedom. Jack apparently won’t be outraged enough for his wife.

Phyllis will stomp off and head over to see Billy (Jason Thompson). Phyllis certainly manages a huge degree of indignation for a cheating kidnapper.

At Billy’s place, The Young and the Restless spoilers say Jill (Jess Walton) will grumble about Billy’s lifestyle. She still won’t like what he’s done with the mansion either. At the athletic club, Jill will talk to Victoria about her relationship with Billy. When Victor’s name comes up, Jill will suggest that Victoria needs to be cautious.

Victor is anything but trustworthy.

Back at the hospital, Victor will express his gratitude for everything Meredith (Alicia Coppola) has done for him. She’ll state that she wants to help with Victor’s appeal, too. Meanwhile, Nikki will find out that Michael stopped the divorce just in time. She’ll happily rip up the divorce papers and plant a kiss on Victor in his room.

Phyllis will arrive at Billy’s house to vent. She’ll be furious about the plan to get Victor out of prison, but she won’t know if she really can do anything about it. Billy will determine that it’s time to make a choice. Phyllis needs to decide if she wants a future with Jack or Billy. 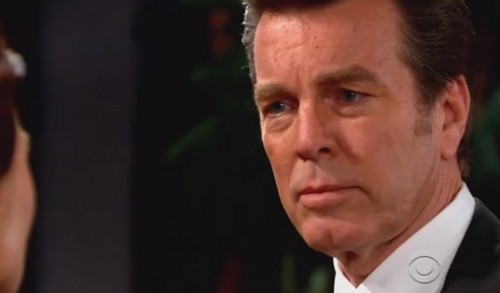 Billy and Phyllis will share a kiss, but the mood will shift when Phyllis notices Jill’s suitcases are nearby. She’ll feel like Billy wanted them to get caught. Phyllis will storm out and end up back in Jack’s office.

After Jack and Phyllis exchange apologies, they’ll move in close for a hug. It seems Phyllis isn’t sure what she wants. Ultimately, her desires may not matter. Phyllis’ affair could seal her fate. Jack isn’t going to be pleased by this news. Stick with the CBS soap to see when Jack will learn the truth.