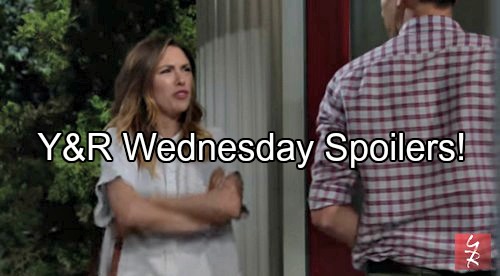 The Young and the Restless (Y&R) spoilers for Wednesday’s episode, July 27, tease that Jill (Jess Walton) will demand to know what Phyllis (Gina Tognoni) was doing in Billy’s (Jason Thompson) bed. At first, Phyllis will claim Jill must be confused about what she saw. When Jill won’t back down, Phyllis will confess her love for Billy.

Jill will make it clear that this isn’t happening. She’ll threaten to blab everything to Jack (Peter Bergman) if Phyllis doesn’t make her marriage work. Jill will leave Phyllis’ suite and head to the dining room. That’s where Lauren (Tracey E. Bregman) will be confronting Cane (Daniel Goddard) about his decision to leave her company. She won’t be pleased that she had to hear the news from a reporter.

After Cane explains that Jill made him sign a nondisclosure agreement, Lauren will decide to take this matter up with the ringleader. She’ll join Jill for a heated argument. Lauren will complain about Jill’s manipulation tactics, but it won’t do any good. The Young and the Restless fans know that Jill always does whatever she wants anyway. 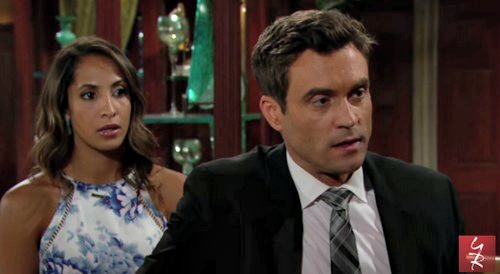 At Billy’s place, Chloe (Elizabeth Hendrickson) will arrive to get some of her stuff out of the attic. She’ll be surprised to learn that Billy is living there now. When Billy asks about Chloe’s treatment, she’ll insist that she’s free of all the rage. She’s not focused on revenge against Adam (Justin Hartley) anymore.

Billy will admit that his relationship with Victoria (Amelia Heinle) is over. He’ll state that he’s concentrating on his kids at the moment. Billy will recall when Chloe said she wanted to have another child with him. She hoped to fill the void after Delia’s (Sophie Pollono) death.

Chloe will have a flashback of taking Billy’s sperm sample. She’ll tell Billy that she plans on sticking around Genoa City. Once Chloe exits, Phyllis will arrive with updates for Billy. She’ll state that she changed her mind and wants to repair her marriage. 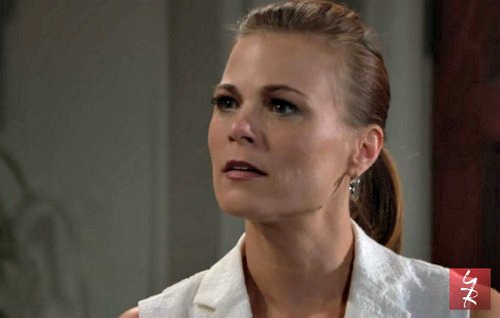 A shocked Billy will ask what prompted this change, but Phyllis won’t open up. She’ll leave Billy in tears. Back in her suite, Jack will find Phyllis sobbing. She’ll insist that they have to fix their relationship. Phyllis will tell Jack that she’s coming home.

A short time later, Billy will try to drown his sorrows. Jill will meet up with Billy and ask if he’s upset about the company. He’ll imply that Brash and Sassy is meaningless. Jill will suggest that Billy needs to make his family the top priority.

Other Young and the Restless spoilers say Dr. Neville (Michael E. Knight) will get ready to hit the road. Wednesday’s Y&R episode will mark the peculiar doc’s last airdate. Dr. Neville will give Hilary (Mishael Morgan) an apology for bungling her latest treatment. She’ll understand that Dr. Neville was just trying to help. Hilary will always be grateful to Dr. Neville for bringing her out of her coma.

Devon (Bryton James) will lash out at Dr. Neville and urge him to go. It seems Devon just can’t get past Dr. Neville’s mistakes. They could’ve cost Hilary her life. Hilary and Devon will agree to forget about the business venture. She can stay on the foundation board and they’ll spend the rest of their time reconnecting. Hilary and Devon will reaffirm their love with a steamy kiss.

Meanwhile, Dr. Neville will bid Ashley farewell on the patio at Crimson Lights. He’ll feel like his pride was his downfall. Ashley will assure Dr. Neville that he has a bright future ahead of him. Ash will surprise Dr. Neville by kissing him goodbye. So long, doc! Many Y&R viewers will miss him.

Nearby, Chloe will surprise Esther (Kate Linder) when she pops in. Of course, there’s an even bigger surprise waiting in Chloe’s hotel room. She’ll take Esther there and relieve the babysitter of her duties. Chloe will bring her little girl closer as she tells Esther to meet her granddaughter, Bella (Cali May Kinder).

You can bet that Esther won’t be the only one who’s stunned by Bella’s existence. In fact, Chelsea (Melissa Claire Egan) will grill Chloe when she spots her with a sippy cup in Thursday’s episode. Will Chloe come clean or keep that information privileged? Stay tuned and don’t forget to check CDL often for the latest Young and the Restless spoilers, updates and news.