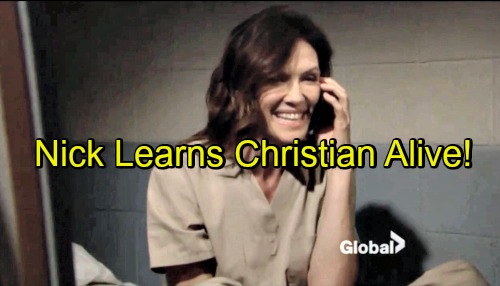 The Young and the Restless spoilers continues to document developments in the upcoming Christian reveal. As loyal viewers know, two major plot revelations are coming. The first will include Nick learning that his presumed dead son is alive.

Sharon (Sharon Case) is lying about Christian being Sully. But, she does honestly think that the baby she’s been raising for months is actually Nick’s child. Sage (Kelly Sullivan), Adam (formerly played by Justin Hartley), and Chelsea (Melissa Claire Egan) knew that Christian was Adam’s biological child.

However, Sage believed that he died, due to Dr. Sandra Anderson’s (Elizabeth Bogush) baby swap scheme, until she learned the truth. And, after telling Chelsea the truth, ‘Chadam’ decided to keep the matter between them in order to not further damage Nick’s feelings after Sage died.

Sage’s death wasn’t Sharon’s fault. But, that event did help to temporarily keep this tortured secret safe. Then, Adam’s death, or perceived death, added an interesting twist. The apparent demise of Christian’s actual father meant that a third person connected to this unusual situation had been killed off. Sandy, Sage and Adam were all gone. 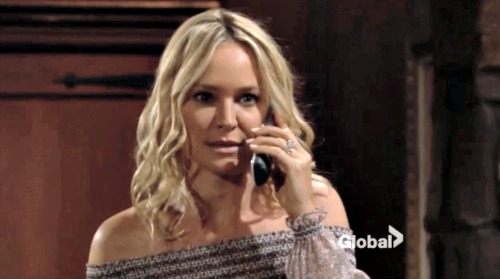 Sharon and the nurse who helped Sandy to orchestrate Christian’s transformation into Sully were the only people who knew that part of this puzzle. Sharon later took Mariah (Camryn Grimes) into her confidence. Mariah is completely loyal to her mother, but also remains deeply troubled about being pressured into keeping this information hidden.

Nick will be both thrilled and furious the moment he learns that the boy who he believes is his son has been alive all along. Obviously grateful for the miracle that will allow him to regain a child, but incensed that Sharon concealed this information. He, along with other members of the snippy Newman clan, will resurrect every misdeed Sharon’s ever committed, or is believed to have done.

A two-stage soap opera reveal can be established to further stretch the storyline. In this instance, Nick learns Christian is alive and removes him from Sharon and Dylan’s (Steve Burton) home. Due to a promise he made to Adam, Nick will begin taking Christian with him to Chelsea’s (Melissa Claire Egan) condominium.

Chelsea will be tasked with telling Nick that she knows Adam is actually Christian’s father, unless she initially decides not to reveal what she and Adam learned. Chelsea’s developing relationship with Nick could afford her the option of taking Sharon’s baby-secret-keeper tag.

Of course, using Nick as a plot vehicle to further the Sully-to-Christian reveal is just one alternative theory. But, following this plot path would take these fictional characters and the audience one major step closer to ultimate exposure.

Consider the further implications when everyone learns that Adam was (is) Christian’s father and that Chelsea has a step-son! Would that destroy any chance ‘Chick’ had to fly?

TOMORROW ON #YR: The walls close in on Sharon! https://t.co/sI4zxFwXBY pic.twitter.com/I5pHP0QVqN