BY Heather Hughes on July 16, 2016 | Comments: one comment
Related : Soap Opera, Spoiler, Television, The Young and the Restless 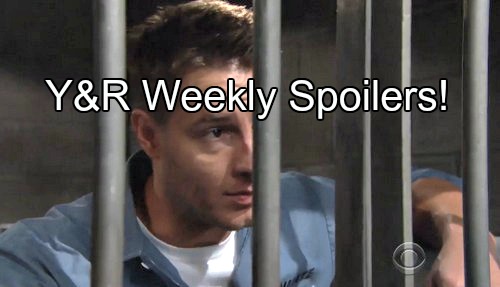 The Young and the Restless (Y&R) spoilers for the week of July 18-22 tease that Adam (Justin Hartley) will be sentenced to 30 years in prison after pleading guilty to murder. Adam will settle in at the state pen, but Chelsea (Melissa Clare Egan) will have no plans to let her husband stay there. She’ll take action in hopes of securing Adam’s freedom as soon as possible.

Chelsea will pay Victor (Eric Braeden) a visit and it won’t be a cordial one. The Young and the Restless spoilers reveal that Chelsea will shove a scalpel toward Victor. She’ll demand answers about the location of the journal entries. Unfortunately, it looks like Paul (Doug Davidson) will interrupt before Chelsea can pry out any info or slice anything up.

Chelsea will put the scalpel behind her back to conceal her threats. However, this won’t be the last time Victor hears from Chelsea. Victor framed his own son for murder and Chelsea isn’t pleased. She’ll insist that Victor isn’t going to get away with it.

Later, Victor will recover enough to head back to prison. He’ll have a run-in with Adam once he’s locked up again. The Young and the Restless spoilers say Adam will warn Victor that he’s made a dangerous enemy. Chelsea is furious and this is war is far from over. 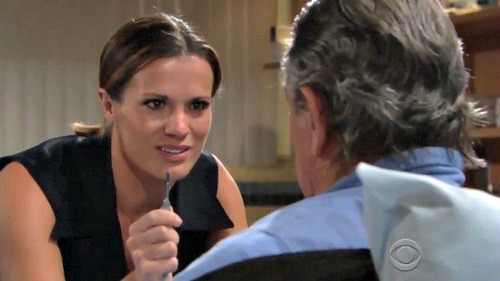 Y&R’s weekly promo shows Chelsea having an epic outburst at the penthouse. She’ll release her rage and hurl objects across the room. It’s nice to see that Chelsea’s fire has been reignited. She had become a bit of a weakling lately. The old Chelsea is back and we’re totally rooting for her!

We’ll also be cheering on Summer (Hunter King) this week. She’s suddenly found her spunk as well. Summer has been torn about whether or not she can trust Luca (Miles Gaston Villanueva), but it seems she’s finally seen the light. She’ll decide she can no longer deny that Luca is shady.

Summer will team up with Victoria (Amelia Heinle) and Nick (Joshua Morrow) as they begin working against Luca. Victoria will fear that Summer might waver, but she probably doesn’t have anything to worry about. Summer is fed up with Luca’s lies. She’s just not going to take all of this deception anymore.

When the plot advances, Luca will get burned. He’ll be stunned by the news that Summer played him. Summer will believe it was a fair move. Luca played Summer first and she was returning the favor.

Still, there will likely be some lingering feelings for these two. They might be buried deep down, but there’s surely a hint of love between them. Could what’s left of their spark be enough to rekindle the flame? Time will tell, but we do know Hunter King was recently dropped down to recurring status and won’t be seen much in GC.

This could go either way. Summer might reconnect with Luca and they could send them to canoodle off screen. That’s what happened with Noah (Robert Adamson) and Marisa (Sofia Pernas). On the other hand, Summer might use a breakup to take some time for herself. That would leave her out of the picture for a while.

Whatever the case, some great drama lies ahead. We’ll give you updates on these storylines and more. Stay tuned to Y&R and don’t forget to check CDL often for the latest Young and the Restless spoilers, updates and news.