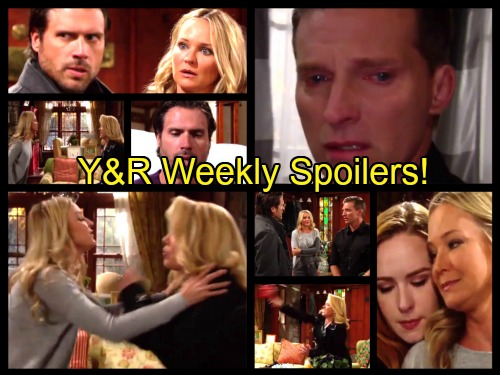 The Young and the Restless (Y&R) spoilers for the week of November 7-11 tease that we’re in for some powerful episodes. Thanks to the recent Sully reveal, Y&R fans can expect a great mixture of explosive conflict and heartbreaking drama. The fallout is just getting started for Sharon (Sharon Case) and Mariah (Camryn Grimes).

This week’s promo shows Nick (Joshua Morrow) announcing that he’s there for his son. Dylan (Steve Burton) will do everything he can to work out a more pleasant arrangement. Christian isn’t their child, but he’s certainly been loved and cared for like he was. Sharon and Dylan truly love this little boy.

The Young and the Restless spoilers indicate that Dylan will beg Nick for joint custody. Sharon will agree that it would be in Christian’s best interest. Nick is ripping this kid away from the people he believes are his parents. Christian may be anxious in a strange environment without his fake mom and dad. 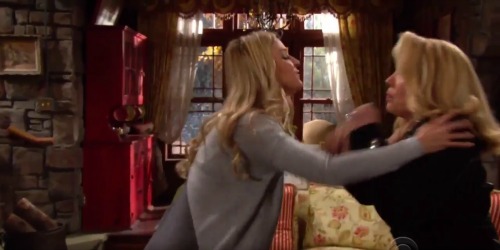 Nevertheless, Nick will contend that they need a clean break. He wants to be Christian’s father all the time, not just during visits. Nick feels like he deserves that after being robbed of his son’s first year. He understands that this is going to be tough for Dylan, but so was going through grief over Christian’s “death.”

Bottom line, life isn’t fair and Nick thinks Dylan will just have to get over it. He’ll argue that it’s time for Christian to be where he belongs. Y&R spoilers say Dylan will wonder what’s going to happen if he tells Nick no. Nick will insist that he’ll call the cops and file kidnapping charges.

Dylan will realize that it’s pointless to fight. This isn’t his child and he’ll try to accept that. The Young and the Restless spoilers state that Dylan will struggle without Sully in the house. He was living the dream a few days ago, but it all vanished in an instant.

Dylan has lost Sully and his marriage is now crumbling. He may wonder how they can ever get past this. The loss is brutal, but that’s not the only issue. How can Dylan ever trust Sharon again? He’ll feel like their relationship has been destroyed.

Sharon will plead for forgiveness, but it could take Dylan a while to move on. Nikki (Melody Thomas Scott) will also hear about Sharon’s deception this week. She’ll freak when she finds out how much Sharon has hurt Dylan and Nick.

This week’s promo shows Nikki hurling things across the room as she yells, “How dare you!” She’ll get into a physical fight with Sharon over all the pain she’s caused. Sharon will attempt to throw Nikki out, but her mother-in-law probably isn’t going anywhere until she speaks her mind. 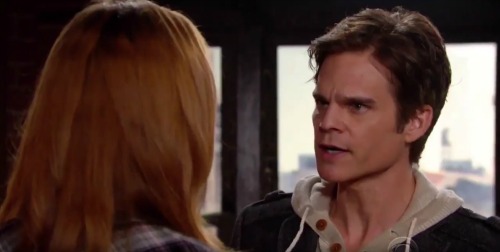 At GC Buzz, Hilary (Mishael Morgan) will get the scoop of a lifetime. It appears she’ll discover what Mariah is hiding. Kevin (Greg Rikaart) will assure Mariah that a story like this is going to come out. It’s matter of when, not if.

Mariah and Sharon will soon face more heartache as the town becomes privy to their cover-up. We’ll give you updates as other news comes in. Stay tuned and don’t forget to check CDL often for the latest Young and the Restless spoilers, updates and news.