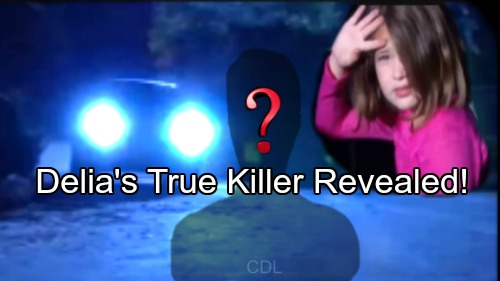 The Young and the Restless (Y&R) spoilers tease that Adam (Justin Hartley) will continue to suffer in prison for a crime he didn’t commit. We all know Adam was framed for Constance’s (Sally Kellerman) murder, but he may have taken the blame for something else he wasn’t responsible for. What if Adam didn’t hit and kill Delia (Sophie Pollono) on that fateful night?

It’s an issue that Y&R fans have always debated. After all, there’s no real proof that Adam was the one who ran Delia down. Adam swerved to avoid Delia’s dog, Dash, and rammed his car into the bushes. He saw that Dash was OK and headed off.

Later, Adam learned that Delia had been in a car accident. He found a scarf attached to his SUV, but that doesn’t mean anything. Someone could’ve hit Delia before Adam came on the scene. The scarf could’ve gotten caught when Adam pulled in that direction.

If Adam didn’t kill Delia, who did? The Young and the Restless viewers have plenty of theories. However, there’s a particular suspect that makes a lot of sense. Gabriel Bingham (Justin Hartley) saved Adam from the river after his car accident, but what if there was a dark side to this hero? Could Gabe have been the one who ran over Delia? 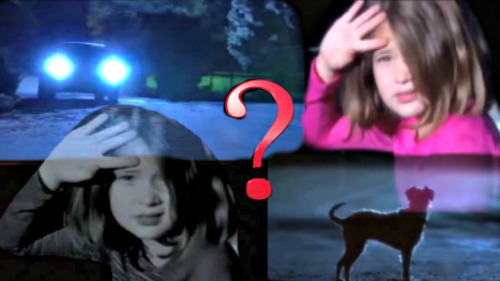 If Gabriel was indeed the culprit, you can bet that Sage (Kelly Sullivan) would’ve covered for him. We can’t forget that Sage was pretty shady when she first appeared on The Young and the Restless. She clearly put Gabriel on a pedestal. Sage was constantly singing deceased Gabe’s praises. Adam could never measure up to Gabriel in her eyes.

Perhaps Sage was covering for Gabriel so that his reputation wouldn’t be tarnished. Gabe was a playboy who was expelled from boarding school, but he was apparently trying to put those days behind him. Plus, Constance didn’t need anything else to upset her. Gabe had probably given his grandmother enough drama for a lifetime.

Sage was willing to fake Adam’s death and give him plastic surgery to look like Gabriel. That should tell us something about Sage’s level of deception back then. Keeping a secret about Delia’s death would’ve been easy compared to her main charade.

Maybe Sage thought she’d just let a stranger take the fall instead of the man she loved. Of course, Sage eventually got to know Adam and became pregnant with his child. Still, that didn’t erase what she had with Gabriel. Sage would’ve wanted to protect his memory.

Besides, Sage landed in enough hot water for keeping Adam’s identity a secret. Nick (Joshua Morrow) was furious, but he managed to get past it. Sage wouldn’t have wanted to stir up any more trouble by admitting she let Adam think he killed a little girl. She just wanted a clean slate and her silence about Delia may have given it to her.

There’s a chance that Sage may have divulged the truth in some of her journal entries. Could Sage inadvertently exonerate Adam? It might be an interesting twist since Chloe (Elizabeth Hendrickson) is back in town.

Chloe has spent years filled with hatred for Adam. She’s been craving the ultimate revenge and she worked hard to get it. How will Chloe react if she finds out she was wrong? That news could really shake things up!

All of this is speculation right now, but it would certainly be an exciting way to finally close the door on this chapter. We’ll give you updates if Y&R offers any hints on the possibility. Stay tuned and don’t forget to check CDL often for the latest Young and the Restless spoilers, updates and news.