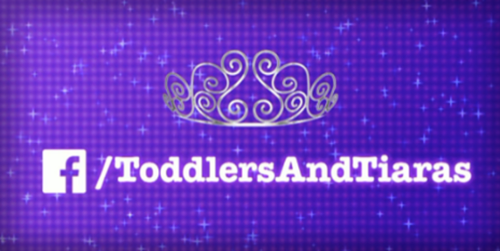 On last week’s episode Jaimie and Cambrie took their teams back to the west coast to prepare for Gemstars Heroes v Villains Pageant. Did you watch the episode?  If You missed it we have a full and detailed recap, right here for you!

On tonight’s Toddlers & Tiaras episode as per the TLC synopsis, “Tensions rise throughout the week between Cambrie’s Court and the Sassy Supremes, which raises the stakes by the time it’s time to compete, but a series of disasters leaves everyone in a state of shock.”

It was all drama all the time on tonight’s episode of “Toddler and Tiaras” and unfortunately the trouble wasn’t coming from the children.

Tonight the mothers and surprisingly also the coaches got into a bit of a turf war. It seems that everything began several months ago when a few mother/daughter groups left the Sassy Team and joined Cambrie’s Court. So it was only natural that the Sassy Team would be upset by that however, the animosity between the coaches ran both ways because Cambrie of Cambrie’s Court apparently had her own reasons for why she didn’t like Jamie of Sassy Team. And one of her reasons had been the supposed nepotism at GemStars.

Jamie of Sassy Court had always had her girls win something good at GemStars. However, everyone believes that she cheated her way into such titles because her mother Debbie was the director of GemStars. So Jamie and her coaching team have gotten a lot of flak because of that though it’s safe to say that Jamie gave as good as she got. And that brings up to what happened tonight when someone “anonymously” emailed the director of GemStars and claimed that one of Cambrie’s girls was actually older than her mother was claiming.

So that’s what set everyone off. It had been Becky’s daughter Kaylee that someone said was ten when she was actually six and so Becky had been angry that she had to show her daughter’s birth certificate just to prove that. Though she didn’t think it was Jamie in particular, that was behind that tactic because one of Jamie’s girls had a nasty pageant mother. And so Becky had told everyone at GemStars that Katie had tried to trip her up by emailing the pageant coach, but she had no way of proving that and so stating that over and over again just made her look bad.

Katie on the other hand, had shaken the whole thing off yet Becky had been right to suspect her. Katie was the mother to two of the girls at the competition and her daughters had been with Sassy Team since they were little. So one could say that Katie might have gotten the director’s email from Jaime. But Jamie denied having part of what happened and Katie herself said that she wouldn’t have bother trying to destroy Kaylee. What with Kaylee not being real competition for her own daughters.

But the animosity between Becky and Katie was so strong that who knows what either would do just to get ahead. Katie for instance, had had a daughter on the stage that was taking coaching cues from Jamie in the audience. So Becky had spoken up against that and Katie had nearly ripped her head for doing that. Katie said that her daughter was special needs and that she only wanted her daughter to gain confidence from pageants and not be teared down yet that had been the first time that anyone at GemStars or in Cambrie’s Court that heard the little girl was special needs and they’ve been seeing each other at these events for years.

So Cambrie had thought that was odd while Becky had simply said that special needs doesn’t mean she should be allowed to cheat. Though the nastiness didn’t end there and it only got worse as the day went on. Katie had wanted Becky and her daughter to be thrown out of the competition for unsportsmanlike behavior after she claimed what her daughter went through and one point the mothers got into a public shouting match. With both of them accusing the other of being cruel and vindictive.

Yet, the coaches also got in on the fight. They had argued about what happened to Becky’s daughter and then what happened to Katie’s daughter though for the most part, they made snide comments about the other’s coaching technique. Cambrie had laughed at Jamie’s coaching because she said that Jamie must not be a good coach with some of the girls she had seen because they hadn’t been smiling and their routine hadn’t been down pat. And another reason why Camrbie didn’t like Jamie was because of some of the girls that came over to her team.

Cambrie said that she had seen so much untapped potential in the girls that came over to her team and that she didn’t know what Jamie must have been doing with them. However, Jamie thought that Cambrie’s coaching style was weaker than hers. So clearly there were strong feelings on both sides, but the coaches tried to keep things professional by playing out their rival through the girls while the mothers just wanted to come to blows. And so that’s what nearly happened tonight and what will probably happen on the next episode of “Toddler and Tiaras”.

Tonight the mothers went off when they each decided to use special effects for their child’s costume wear and one judge decided to give both girls the same score. So that had upset Becky because she thought her daughter had been much better than the other girl. But Becky said that she was trying to make amends when she approached Katie with her daughter’s birth certificate, even if such a thing didn’t make much sense, and that it had been Katie that started their latest shouting match when the other woman didn’t allow her to say what’s on her mind.

Either way, though, the ladies began to shout at each other and eventually their husbands joined in with the men doing some name-calling of their own. So be prepared next episode because one dad might just punch the other dad after someone started to throw around “whore” at this seemingly nice children’s pageant.