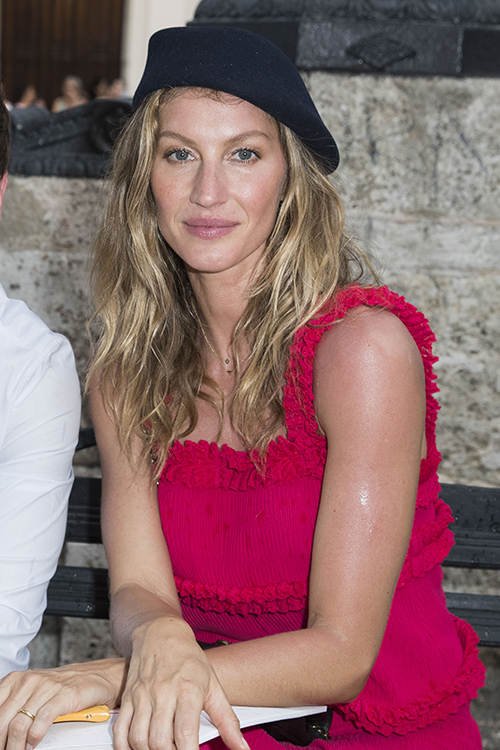 Is Gisele Bundchen and Tom Brady’s marriage on the rocks? That’s what fans can’t help but wonder, as there’s a new report that once again details Gisele Bundchen’s rules and her restrictive diet and lifestyle for not only Tom Brady but for the couple’s children, too.

Gisele Bundchen and Tom Brady’s marriage might soon look like Gwyneth Paltrow and Chris Martin’s divorce. Just like the supermodel, Gwyneth Paltrow’s extreme diet and food rules for her family supposedly made Chris Martin miserable at home. In fact, whenever the Hollywood actress was away from home or on assignment, Chris Martin would take the couple’s children, Apple and Martin, to fast food restaurants like McDonalds, which would ultimately cause a lot of friction in their marriage.

After all, no marriage has a chance of surviving if their food habits and meals are constantly being monitored and scrutinized by their partner. Sure, Tom Brady might be following along Gisele Bundchen’s diet plan, but it will only be a matter of time before he rebels and eats a gluttonous meal that will end up leaving the Brazilian supermodel gasping with horror.
Gisele Bundchen and Tom Brady’s private chef Allen Campbell dished on the couple’s unconventional ‘elimination’ diet that prohibits them from eating anything with white sugar, flour, dairy, carbs or dessert.

Speaking about how the couple’s children, Benjamin and Vivian, along with Tom Brady’s son Jack follow along on their same diet, Allen Campbell said, “Yeah, I mean pretty much. Vivi was only nine months when I started, so I gave her first food. And 90 percent of the time they all eat the same thing. I cook for the kids, but Gisele makes Benny’s lunch to take to school. She packs that herself.”

In other words, Gisele Bundchen likes to control everything, even including their public image that consists of happy family and loving snaps of the couple. With all the pressure Tom Brady already gets as the lead quarterback for the New England Patriots and for following along to all of Gisele Bundchen’s restrictive rules, it will only be a matter of time before he begins to crack under pressure.

Tell us CDL readers, what do you think? Is Gisele Bundchen’s diet too restrictive on her family? Will Tom Brady pull a Chris Martin and head to the nearest McDonalds behind his wife’s back? Does Gisele Bundchen and Tom Brady’s marriage have a chance of surviving? Let us know what you think in our comments section!