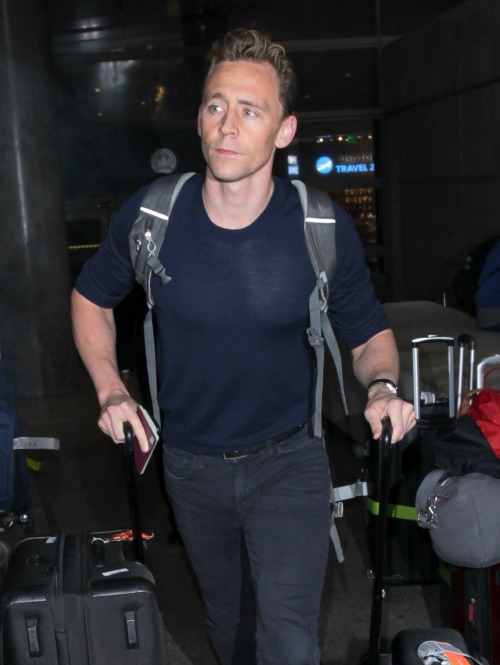 Tom Hiddleston and Taylor Swift’s ‘summer in the spotlight’ might be coming to an end. The Hollywood actor recently hinted that the pressure of being Taylor Swift’s boyfriend might be getting to him, as he’s simply not used to being in the celebrity spotlight with the tabloid media following his every move.

Taylor Swift made headlines earlier this summer for her abrupt Calvin Harris breakup before moving on rather quickly with Tom Hiddleston. Many critics worry that the Taylor Swift and Tom Hiddleston romance might be hurting the actor’s position in Hollywood and worse, costing him roles in big-budget films such as the next James Bond movie.

And now Tom Hiddleston himself is admitting that he’s still having a hard time understanding the media’s obsession with Twiddleswift while also adding that some of the false rumors about him are definitely taking a toll on his mental state.

According to Entertainment Tonight, Tom Hiddleston said, “It’s interesting, we all live in a world where every phone has a camera, and there’s nothing new really about the spotlight on me. I think the spotlight, that’s what happens when you’re a public figure… What have I learned about it? Maybe it’s too soon to tell. I’ve learned that there are many sides to a story, and that sometimes there are a lot of stories out there which are false, and the hardest thing is to not let the falsehoods affect your mind.”

Clearly, Tom Hiddleston is beginning to stress about his Taylor Swift relationship and if things continue to go this way, there’s no doubt that a Tom Hiddleston and Taylor Swift breakup will occur before awards season. The British-born actor simply can’t handle all the stress that comes with being Taylor Swift’s boyfriend while being constantly scrutinized by the media for everything thing he does and says.

Tom Hiddleston is beginning to realize that a Taylor Swift romance might not be worth it in the end, especially if it’s going to cost him his career or worse, his health. So far Taylor Swift herself has made no comments about her highly-publicized relationship, although it’s pretty clear that the ‘Wildest Dreams’ singer is feeling quite the backlash from both the fans and the media this summer.

Pressuring Tom Hiddleston for an engagement ring might make her look desperate while keeping under the radar will only make her fans worried while fueling breakup rumors. It’s no wonder Tom Hiddleston himself doesn’t feel right in this relationship and it will only be a matter of time before he pulls the plug on ‘Tiddleswift’ for good. Come back to CDL for all your Taylor Swift and Tom Hiddleston news and reports!