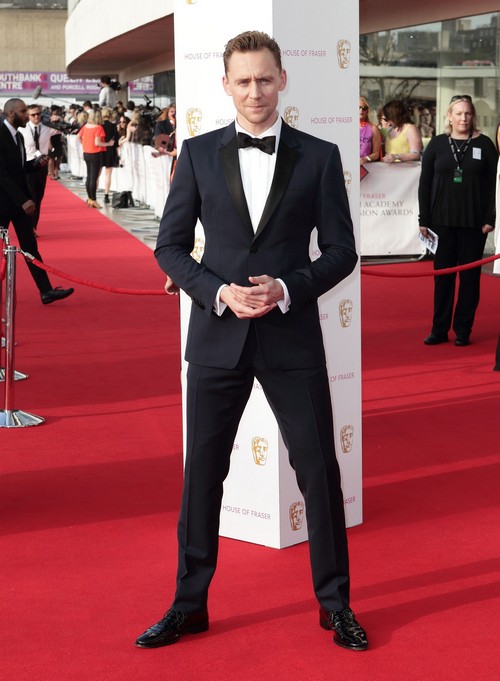 Daniel Craig has reportedly rejected $100M deal to star in two more James Bond movies. Speculation is that ‘The Night Manager’ star Tom Hiddleston (rumored to have been cheating with Taylor Swift) is the favorite to take over the role of 007.

An insider revealed to Mail Online that Daniel is moving on from the James Bond movie franchise. “Daniel is done – pure and simple – he told top brass at MGM after ‘Spectre.’ They threw huge amounts of money at him, but it just wasn’t what [Daniel] wanted.”

This isn’t the first time James Bond aficionados are hearing that Daniel won’t accept any offer to return. When interviewed in 2015 Daniel said he would rather ‘slash my wrists’ then continue to portray the character created by Ian Fleming.

Reportedly part of the deal MGM offered to Daniel was profit shares and co-producer credits. A source revealed that studio executives gave up trying to convince Daniel to remain in the role he had taken over in 2005. Executives grew weary of Daniel’s criticism of the franchise and the search began for another actor to take over the iconic role.

The favorite to replace Daniel Craig appears to be 35-year-old Tom Hiddleston. The British actor is part of the cast of the AMC six-part miniseries ‘The Night Manager’ which has met with critical acclaim. The miniseries co-stars Hugh Laurie and Tom Hollander.

Tom was recently asked what he thought about taking on the role of 007. Tom told the interviewer it would be difficult because fans have “very strong opinions about [James ]Bond.” Tom said it was just too difficult to discuss, that it is a “very unreal conversation.”

Other actors who may be in consideration for the role include Aidan Turner, Damian Lewis, Idris Elba and Tom Hardy according to Joe Crilly, a spokesman for U.K. bookmakers William Hill. There has been no formal announcement regarding the change in actors, it is all speculation at this time.

Is Daniel Craig replaceable as James Bond? Is actor Tom Hiddleston up to the task of taking on the role or would one of the other actor’s mentioned be a better fit?