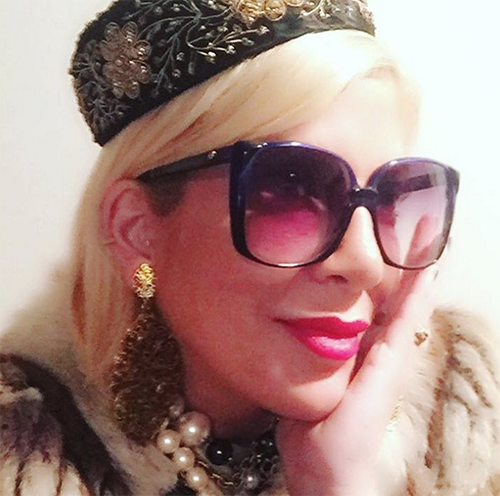 It seems as though Tori Spelling’s financial crisis isn’t bothering the former actress and reality television star too much these days. Even though there’s a new report that says Tori has failed to pay her whopping $38,000 American Express card from last year, it’s still business as usual for her and her family, according to her social media accounts.

Tori Spelling and Dean McDermott’s financial mess has been making headlines for years now, but fans wouldn’t suspect that’s the harsh reality they’re facing with their continued lavish and luxury spending. Tori was born into one of the richest television families in the world, and even though she inherited very little after her father Aaron Spelling’s death in 2006, she’s still very much a Hollywood diva. That’s probably why she’s been spotted on major shopping sprees everywhere from Paris to New York City, racking up thousands of dollars in unpaid credit card bills that are now catching up with her.

TMZ reports that Tori suffered quite a blow this week as she failed to pay her $37,981.97 American Express card, along with $855 in court fees. The last time Tori made a payment was back in June of 2005 for the amount of $1,000. Amex sued the former ‘Beverly Hills 90210’ star but she’s done nothing to remedy the situation. Instead, she’s continued to live her globe-trotting life. She spent several weeks in Europe back in March with her family and even went on a pricey vacation to Palm Springs on Labor Day weekend.

To make matters worse, even though Tori Spelling continues to spend money, both she and Dean McDermott have not had stable jobs in years. Their reality television show, ‘True Tori,’ got the axe by the Lifetime network last year and Dean has had trouble finding acting gigs in the entertainment industry.

The couple was also forced to downsize to a smaller rental home earlier this year, as they were struggling to pay their monthly bills. Tori has been forced to take on social media promotional campaigns to make ends meet, although it’s doubtful that she’s making enough to feed her family of six.

So far, Tori has made no comments about her American Express debt, but that’s not stopping her from living her Hollywood lifestyle. Drop us a line with your thoughts and don’t forget to check back with CDL for all the latest updates and new on Tori Spelling and Dean McDermott along with all of your favorite celebs right here.

These boots are made for walking… I took Hattie Cat’s lead and matched my boots to hers w/ this amazing #Dex dress from @temptbrands Use code “TORI” on @temptbrands to get 10% off this dress and anything else on their website! Stuff for the whole family clothes, accessories, lifestyle, and beauty! #onestopshop

My kiddos and I made Homemade Healthy S’more PushPops w/our fave chocolate muffins by @gardenlites They are so delicious and the 1st 2 ingredients are carrots and zucchini! Kiddos get their veggies and it’s all smiles! How do you get your babes to eat their veggies? #HookedOnVeggies #HappyKidsHappyMom #ad

I just posted all of the pics from our McDermott family #DIY taco night on my blog! Such a fun family nite w/ @blueapron. Head 2 ToriSpelling.com 4 the #picTORIal #sp do you do taco night in your house? Tag a friend who makes the best tacos!